Red Hat OpenShift Service on AWS is a fully managed OpenShift service, jointly supported by both Red Hat and Amazon Web Services and managed by Red Hat SRE team. ROSA is an opinionated OpenShift platform on AWS that takes away cluster lifecycle management from the customer, so that they can focus on building applications rather than maintaining and managing OpenShift clusters.

The following diagram represents an overview of the build to deployment of the application lifecycle using a Source-to-Image framework. 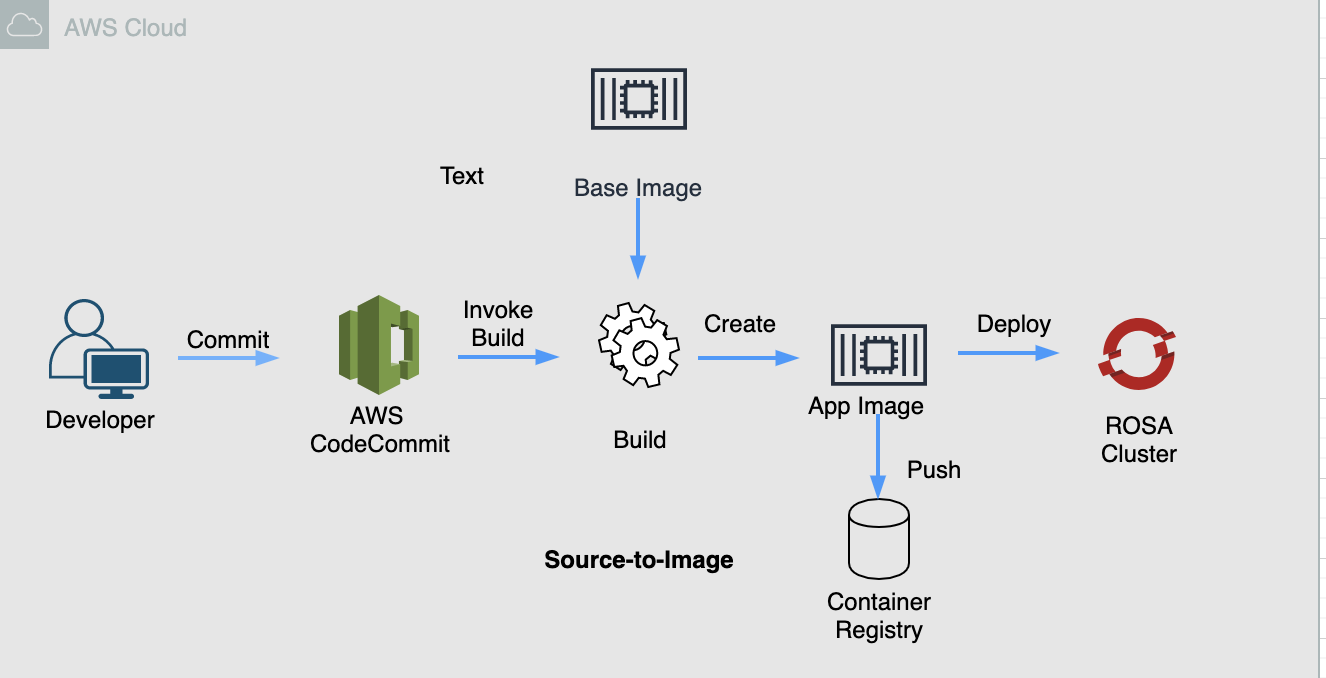 The integration of AWS CodeCommit with ROSA Cluster will have the following steps:

Let’s take an example and walk through step-by-step to configure ROSA cluster with an AWS CodeCommit repository.

To create the AWS CodeCommit repository, follow below steps:

b. Open CodeCommit in the AWS Management Console at https://console.aws.amazon.com/codesuite/codecommit/home

e. Enter the name my-repo in the Repository Name field and description. Click the Create button. 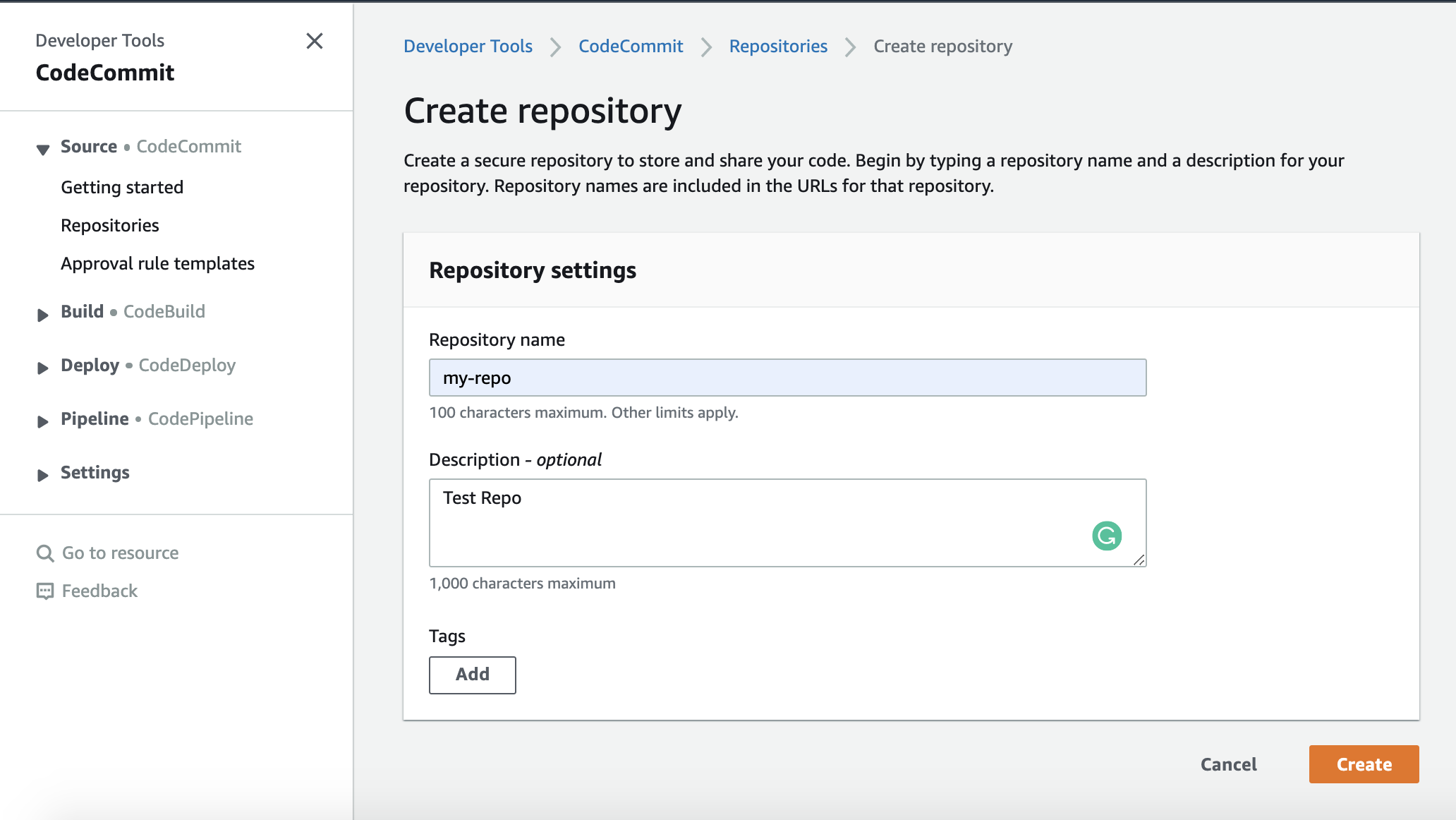 f. From the repository you created just now, choose Clone URL, and then choose the protocol that you want to use when cloning or connecting to the repository. This copies the clone URL. For this example, we will chose Clone HTTPS. 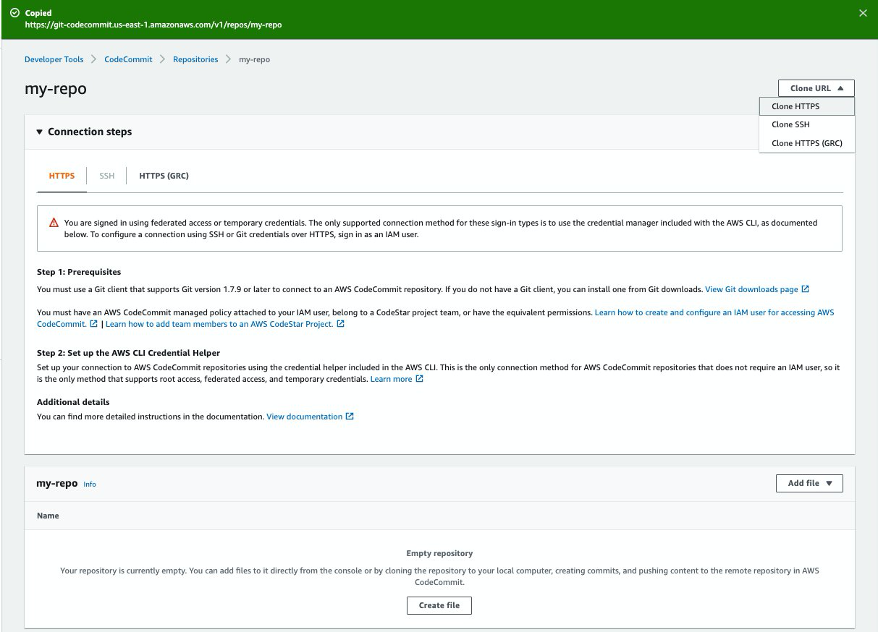 2.     Set up the IAM user with Git credentials to connect to CodeCommit

a. Within IAM in the AWS Management Console, chose Users from the left navigation pane and select your IAM user from the list of users.

b. On the user details page,  choose the Security Credentials tab, and in the HTTPS Git credentials for AWS CodeCommit section, chose Generate Credentials.

c. Copy the username and password that IAM generated. You will need these credentials to connect CodeCommit.

a. Install Git client on your computer from this location: https://git-scm.com/downloads

b. Open a terminal, command line, or git shell and run the git clone command.

a. Copy the HTTPS URL if you are using either Git credentials with your IAM user or the credential helper included with the AWS CLI.

b. Open the Red Hat console.

i. Go to your Red Hat account  and login with your credentials – https://cloud.redhat.com/openshift/ 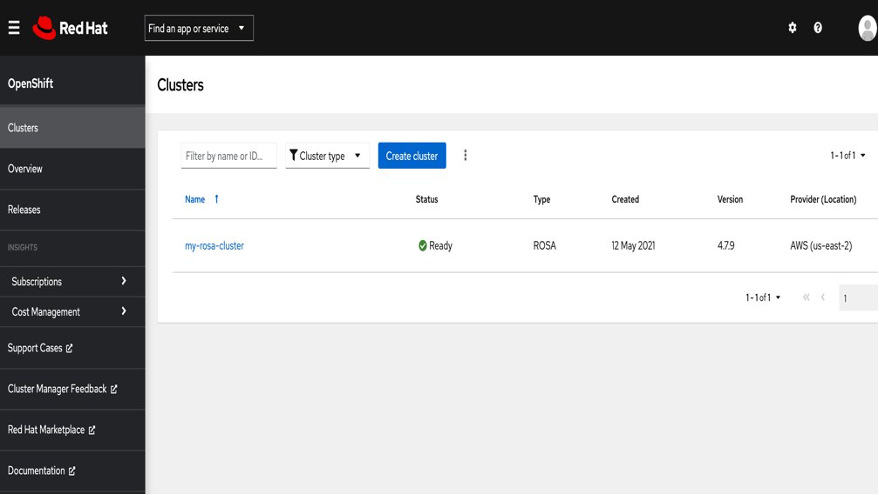 ii. Select your ROSA cluster. Select Open Console from the top right. This opens the Red Hat console in a new browser tab.

c. In the Red Hat console, select Developer from the top left drop-down. 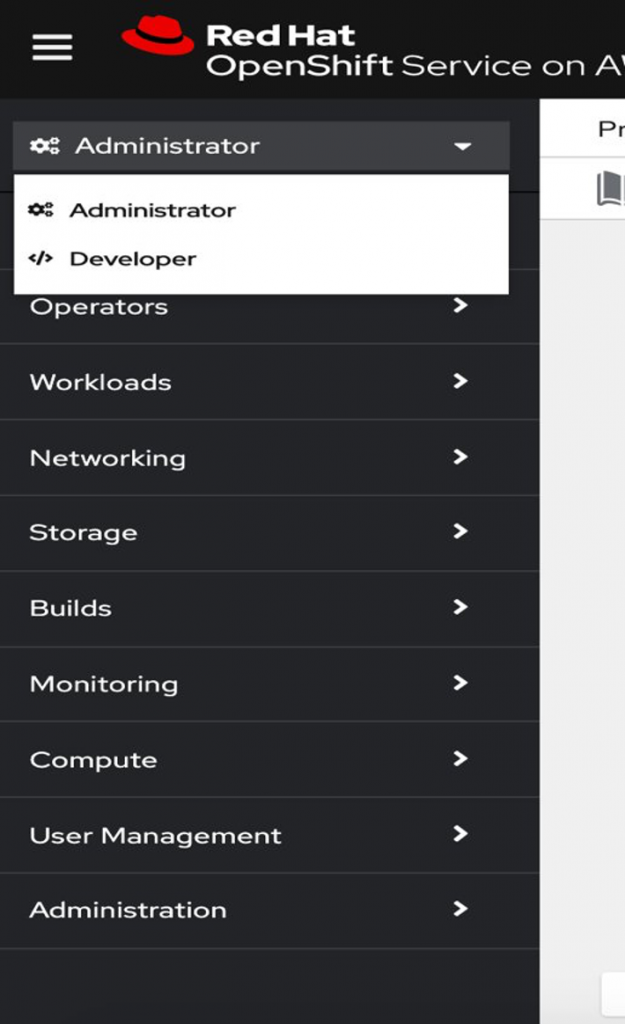 i. Select Topology from the left navigation pane, and from the right, select Create Project or your existing project. 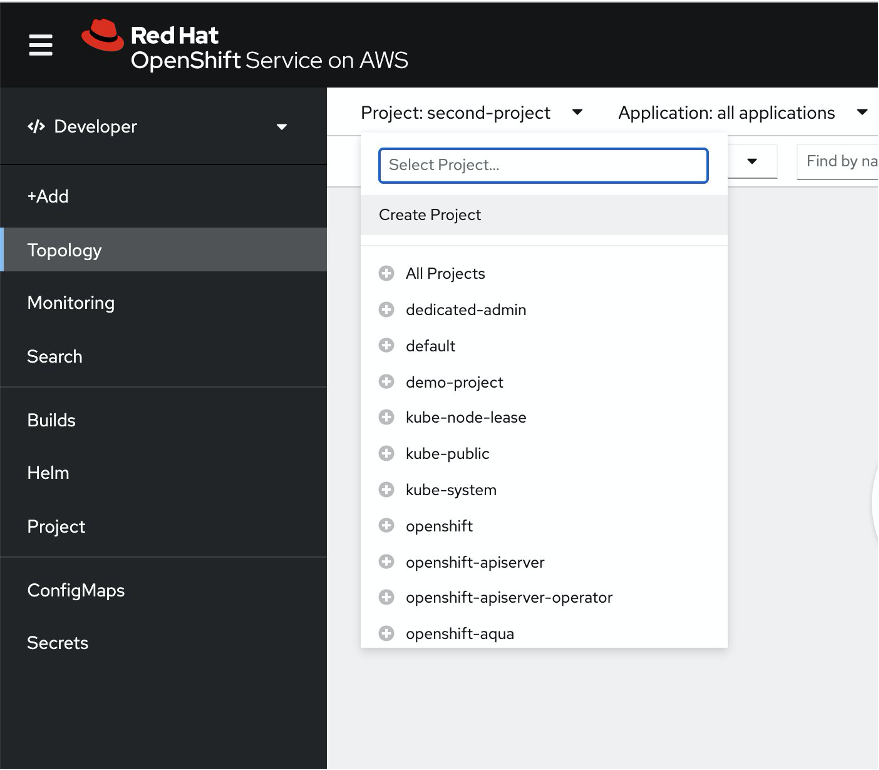 d. Fill the details if you are creating new project and select Create. 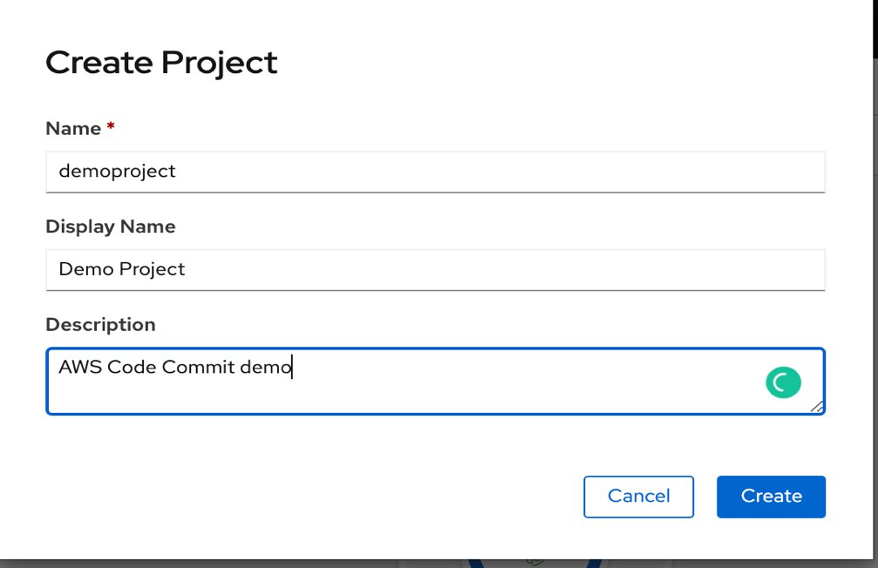 e. Now select your project from the project drop-down, select Add from left navigation. On the right widget, select From Git  to import code from Git repository to build and deploy code. 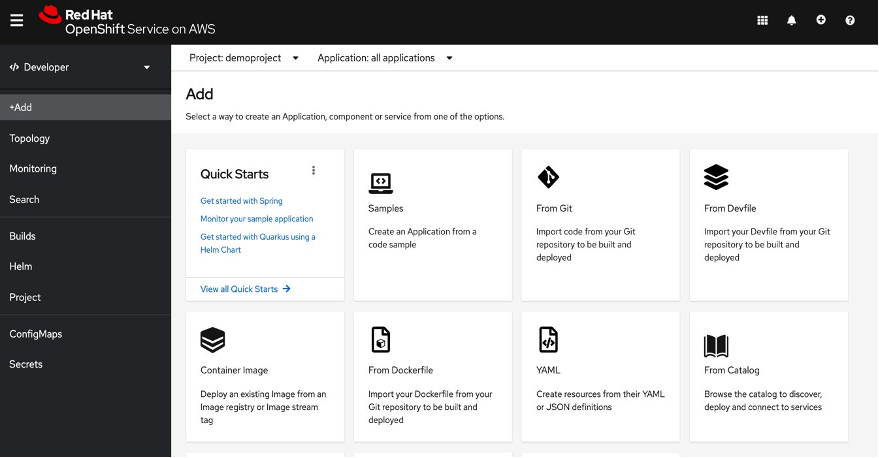 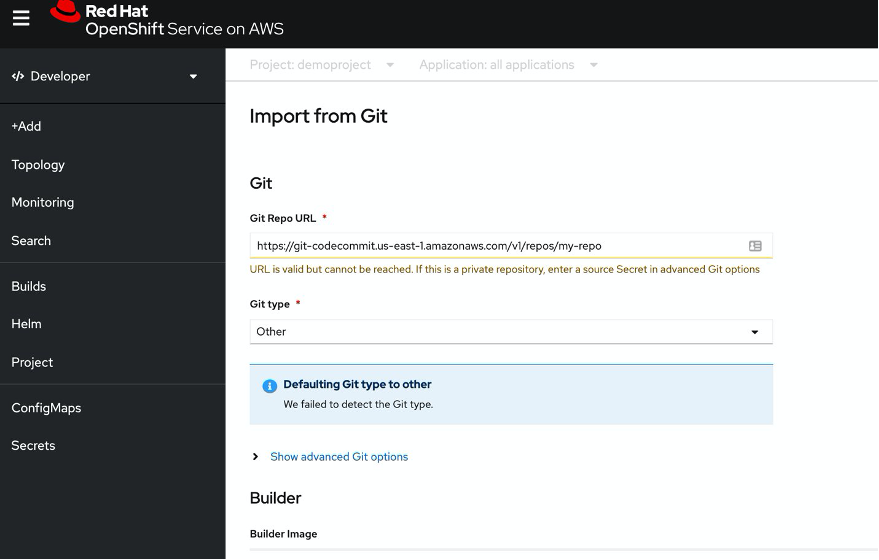 g. For Git type, chose Other from the drop-down. Select Show advanced and enter the subdirectory in the Context dir for your source code to build and deploy. 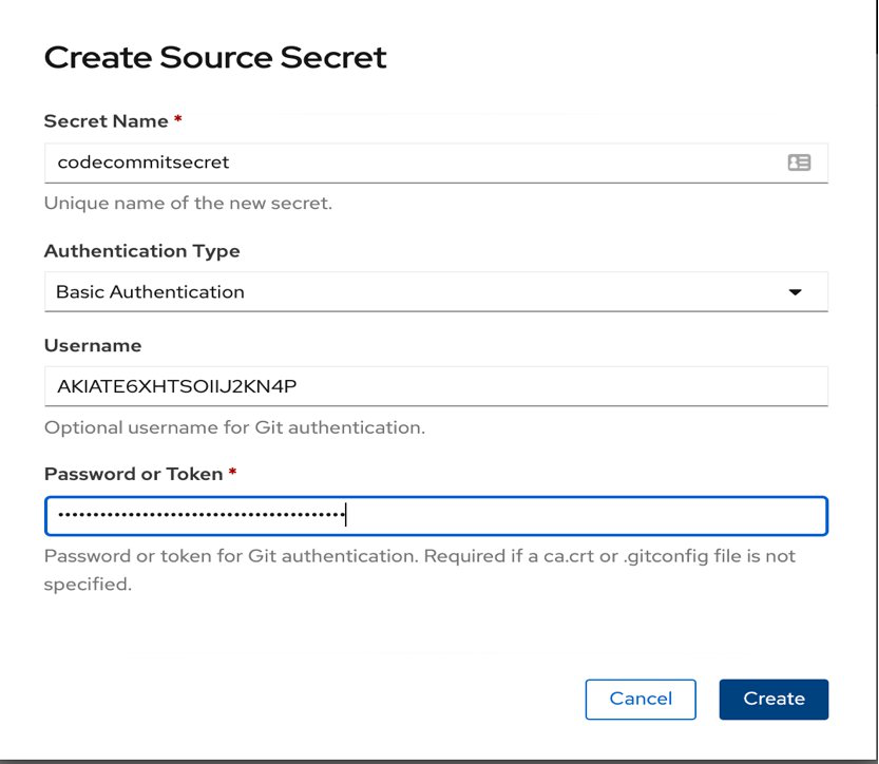 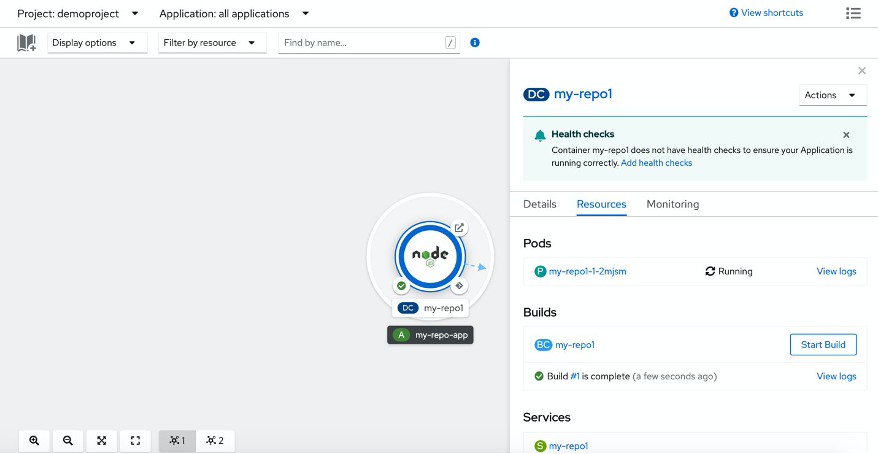 k. From the Resources tab, select View Logs to monitor the status of the build and deployment.

This completes the deployment of the application to a ROSA cluster using AWS CodeCommit.

For information on how to get started with AWS CodeCommit with Git credentials, refer to this documentation here. For getting started on creating ROSA cluster, check out this blog.