Over the past few months, the AWS OpsWorks team has introduced several enhancements to existing features and added to support for new one. Let’s discuss some of these new capabilities.

·       Chef client 12.13.37 – Released a new AWS OpsWorks agent version for Chef 12 for Linux, enabling the latest enhancements from Chef. The OpsWorks console now shows the full history of enhancements to its agent software. Here’s an example of what the change log looks like: 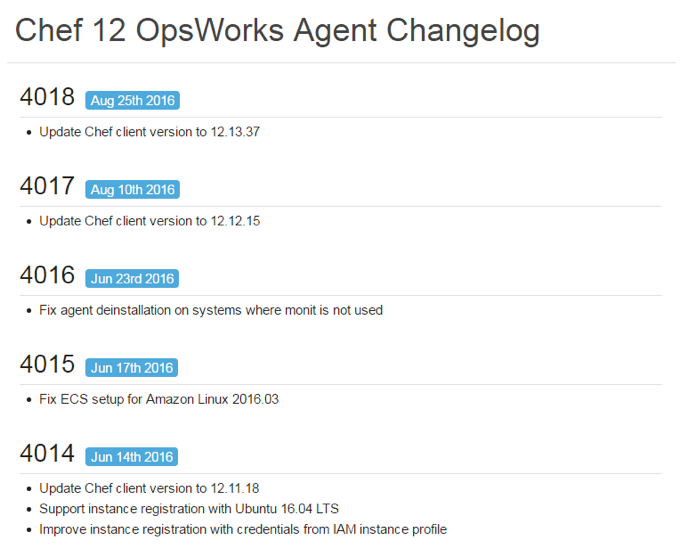 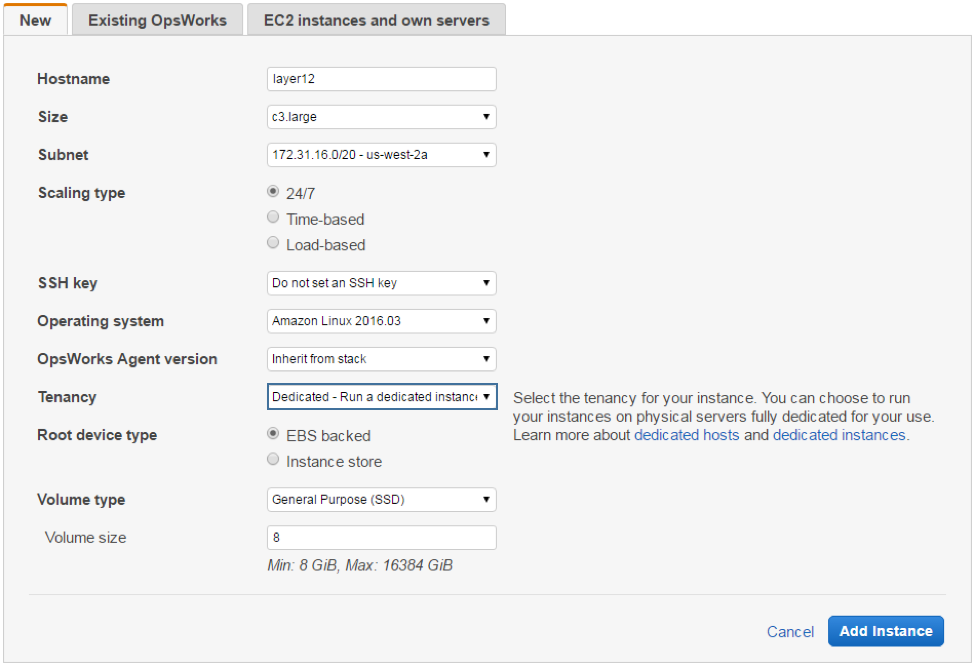 ·       Define root volumes – You can define the size of the root volume of your EBS-backed instances directly from the OpsWorks console. Choose from a variety of volume types: General Purpose (SSD), Provisioned IOPS (SSD), and Magnetic. 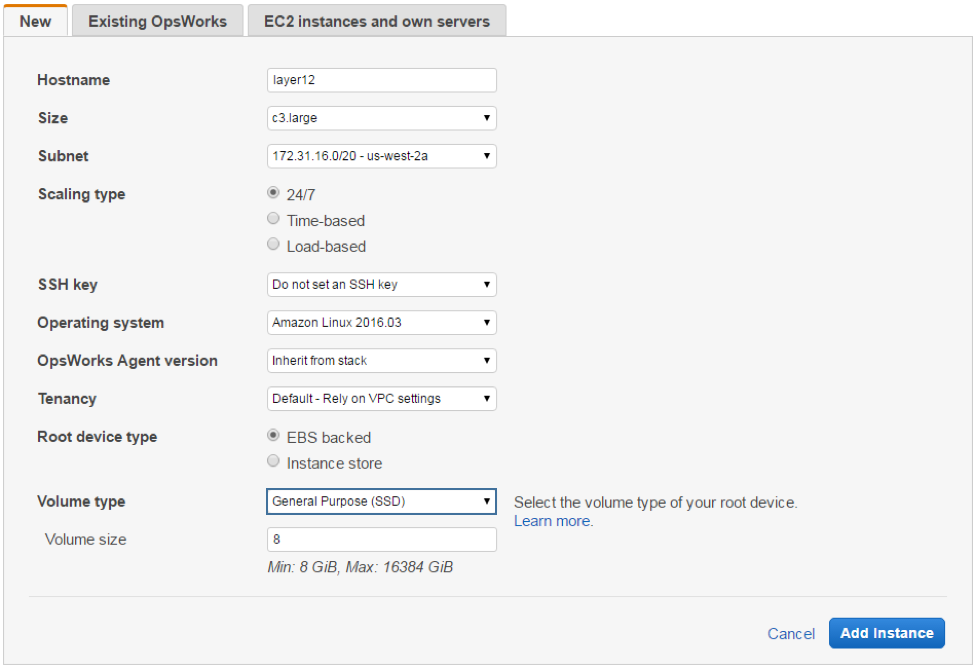 ·       Service role regeneration – You can now use the OpsWorks console to recreate your IAM service role if it was deleted.

As always, we welcome your feedback about features you’re using in OpsWorks. Be sure to visit the OpsWorks user forums, and check out the documentation.