We’re excited to announce the release of Lumberyard Beta 1.6, which you can download here. This release contains over 337 new improvements, fixes, and features, and introduces Twitch Metastream, a new feature designed to help you build games that are as fun to watch and broadcast as they are to play.

Streamers are huge influencers today. Each month, over 1.7 million active streamers use Twitch to reach 100 million viewers who watch an average of 421.6 minutes each month. They’re your most passionate fans – dynamic, energetic, and provocative, and they act as a force-multiplier and magnet to build communities around your games.

Metastream lets these passionate streamers customize their streams with overlays of statistics and events from their game session. Using any web authoring tool, such as Dreamweaver or CoffeeCup, streamers can create custom HTML5 pages to control the information, graphics, layout, and behavior of each unique overlay they wish. With Metastream, streamers can create more polished, interactive viewing experiences on any of their favorite streaming services, similar to what you see in professional esports and TV broadcasts.

In the following example from Amazon Game Studios’ upcoming game Breakaway, you can see that the streamer has created an overlay showing stats from the two leaders in the match. Metastream lets him dynamically highlight the leaders’ highest stat areas, such as gold collected, Kills/Deaths/Assists, and damage dealt, and even pulls character art of the game and displays it dynamically. The streamer also displays each player’s position in the standings relative to the rest of their team: 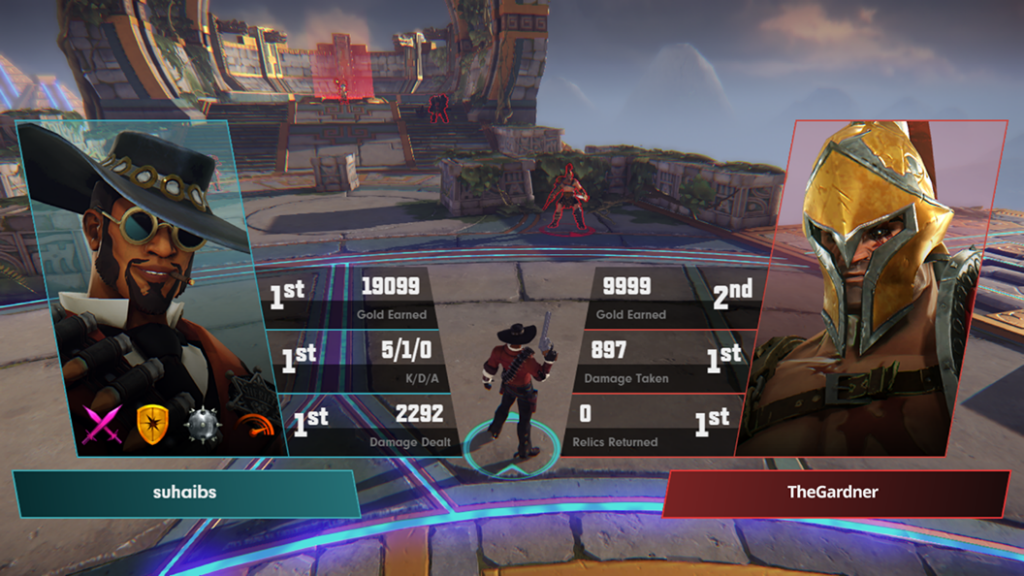 The Metastream overlay you see above is completely customizable, and streamers can use OBS, XSplit, or other software, to switch back and forth between different graphic overlays timed to game events, or on the fly with a simple hotkey. Metastream content only appears on the broadcast, so the streamer’s own view is that of the original game, without the additional broadcast graphics.

While one streamer might like to highlight two great players, others may have an entirely different take on what your game should look like streamed. If you tuned into TwitchCon 2016 when Breakaway was announced, you might have seen two commentators showing a broadcast that looked like this: 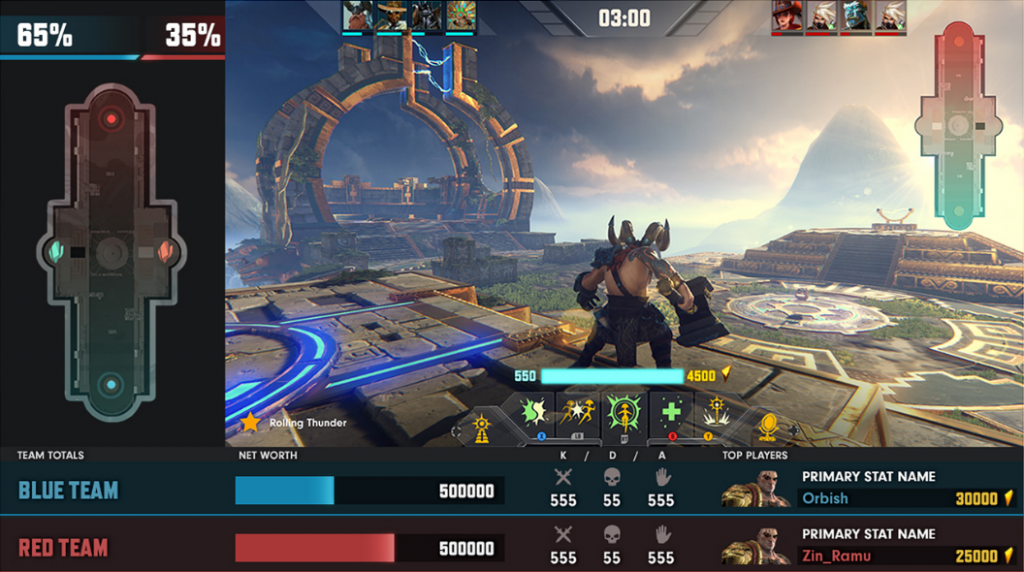 In this example, the streamer is using a picture-in-picture style, with a minimap on the left of the screen that shows where the Relic is (in Breakaway, teams compete to move the Relic across the map), as well as live team stats on the bottom. Much like “time of possession” in football, this streamer can show fans one team’s constant momentum and domination, and viewers can easily see team tactics play out on the larger minimap. 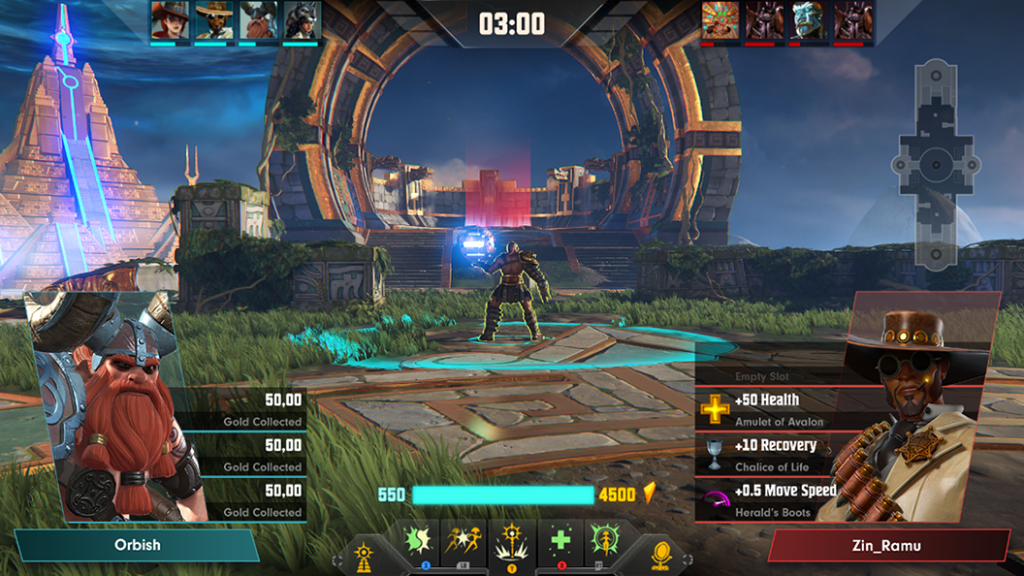 This third example above shows how a streamer better engaged viewers in a pre-game show. The streamer toggled this Metastream overlay with the press of a button on his controller, using displays to highlight the strengths and weaknesses of each character (and appropriately trash-talk the competition) before the match got started.

It’s easy to get started with Metastream. Turning on the local HTTP Metastream server included with Lumberyard is as simple as including the Gem in your project from the Project Configurator, and enabling the Gem with an in-game setting. Stats and events can easily be exposed by adding a single line of code for each event you want your streamers to access. Included with Lumberyard is a Metastream sample that shows you how to access the simple API, and display the stats on an HTML page so they can be overlaid on a broadcast on not only Twitch, but also on any other popular streaming service.

We’re excited that Metastream provides another path for streamers and developers to interact, and have no doubt we’ll be surprised by the content and creativity it will inspire. To read more about Metastream, see our documentation.

There’s more in Lumberyard Beta 1.6 as well, including a robust component suite that gives you the ability to more easily use all the features of the engine to build game entities, Linux support for dedicated servers, new Cloud Canvas functionality that helps you choose between multiple deployments (test or release) of AWS resources when launching your game and protect your live deployments against inadvertent modifications, and a 8.4GB reduction in our initial installation size. For details on everything new in the release, check out the full release notes here.