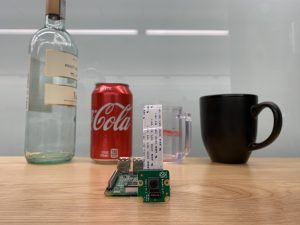 Behind the scenes, the AWS IoT Greengrass Image Classification connector uses a machine learning model that has been trained using the image classification algorithm in Amazon SageMaker. By deploying the connector, all of the Lambda functions and machine learning libraries (MXNet) required to make a prediction are pulled down and configured on an AWS IoT Greengrass Core device automatically.

In these two posts, we will walk through an end-to-end example of creating an application that uses image classification. In part 1, we will create a new image classification model in Amazon SageMaker and get you up and running with the AWS IoT Greengrass Image Classification connector. In part 2, we will collect data in the field, retrain our model, and observe changes in our inference results.

We’ll be tackling a real world problem that can be addressed through the use of image classification: sorting beverage containers in a recycling facility. We will train our model to identify whether an image contains a beer mug, wine bottle, coffee mug, or soda can. We will also include a clutter category in case the image does not belong to one of these classes.

First, we will build our image classification model using the Caltech 256 dataset. Then, we will create an AWS IoT Greengrass Image Classification connector and interact with it through a Lambda function dedicated to classifying beverage containers. At the end of part 1, we will have the following architecture:

Note: To install the dependencies on a Raspberry Pi, you must increase the swap file size. We recommend setting the size to 1000. This installation can take up to one hour.

Finally, per the troubleshooting section of the Image Classification connector documentation, run the following command to prevent a Raspberry Pi/opencv-specific issue from occurring during deployments:

If you have trouble performing these steps, see the troubleshooting section in the AWS IoT Greengrass documentation.

Building and testing the application

We will start by creating a Lambda function that can take pictures using the Pi camera and make predictions using an image classification model.

Run the following command on your Raspberry Pi to install the AWS IoT Greengrass Core SDK:

To use the Pi camera, we need to set up the Raspberry Pi and some local resources. Follow the steps in Configure the Rasberry Pi and Add Resources to the Greengrass Group sections of the AWS IoT Greengrass Developer Guide. 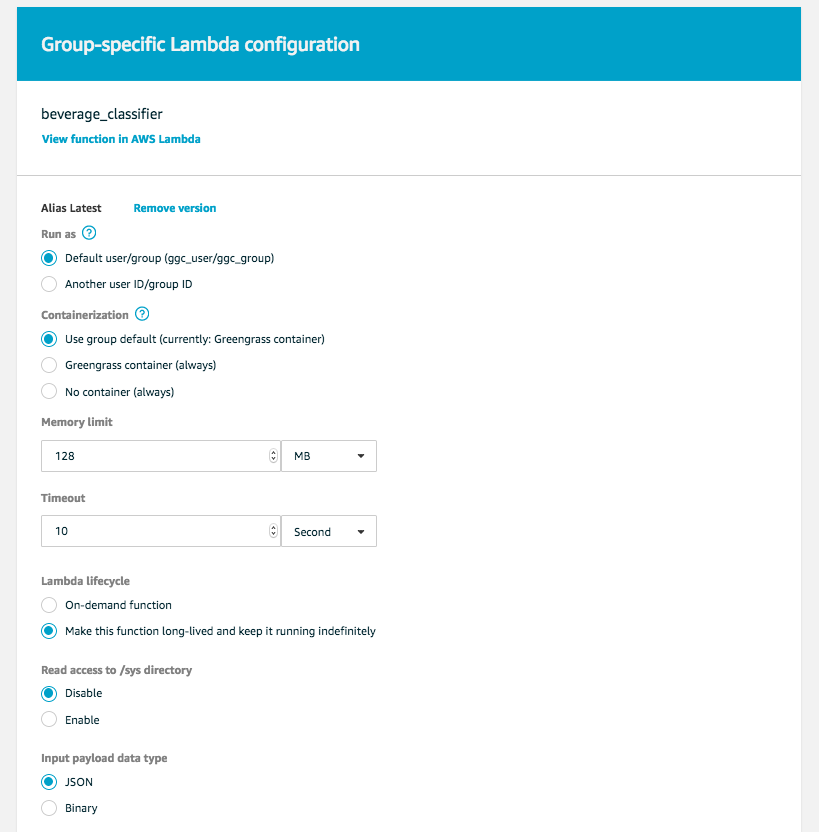 Follow the notebook’s instructions for part 1. Upon completion, you will have an Amazon SageMaker training job that can be used to configure an Image Classification connector.

Now that we have a training job, we can set up our connector. Deploying the connector to our Core device will make our image classification model ready to be used locally by the Lambda function we created in the previous step.

Begin by creating a machine learning resource in your Greengrass group. You can find your group in the Greengrass group page of the AWS IoT console. On the page, under Resources, choose the Machine Learning tab, and then choose Add a machine learning resource. Use the values in following screenshot to complete the fields. For SageMaker model, be sure to choose the Amazon SageMaker model we created in the previous step. 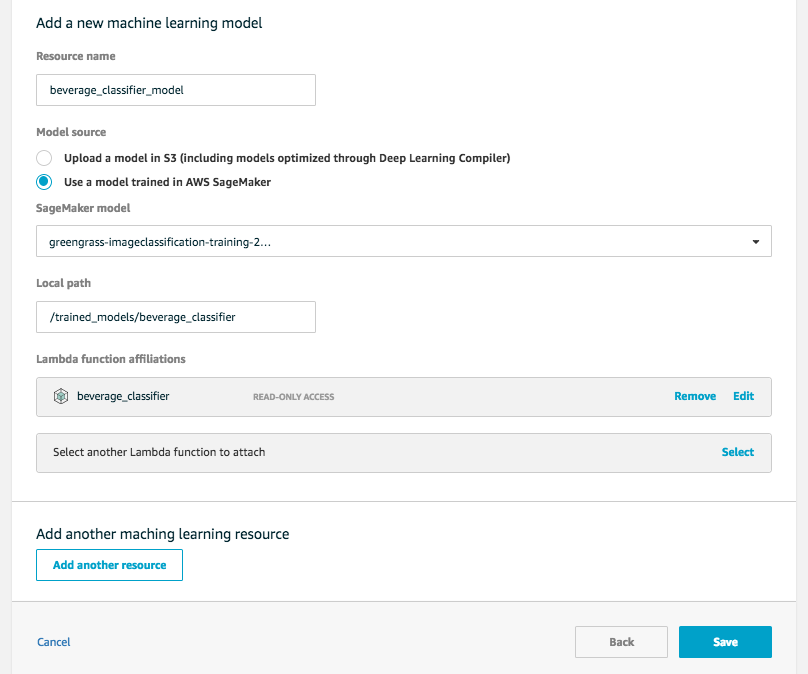 Choose Save and create a deployment.

Now we’re ready to create a connector. Navigate to your Greengrass group, choose the Connectors tab, and then choose Add a connector. We will be deploying this connector to a Raspberry Pi, so on Select a connector, choose the Image Classification ARMv7 connector.

On the next page, we will configure some parameters for our connector. Choose the machine learning resource you created in the previous step. For Local inference service name, enter beverage-classifier. This name will be used in our Lambda code when we call the connector through the AWS IoT Greengrass Machine Learning SDK. Use the values in this screenshot to configure the rest of your connector’s parameters. 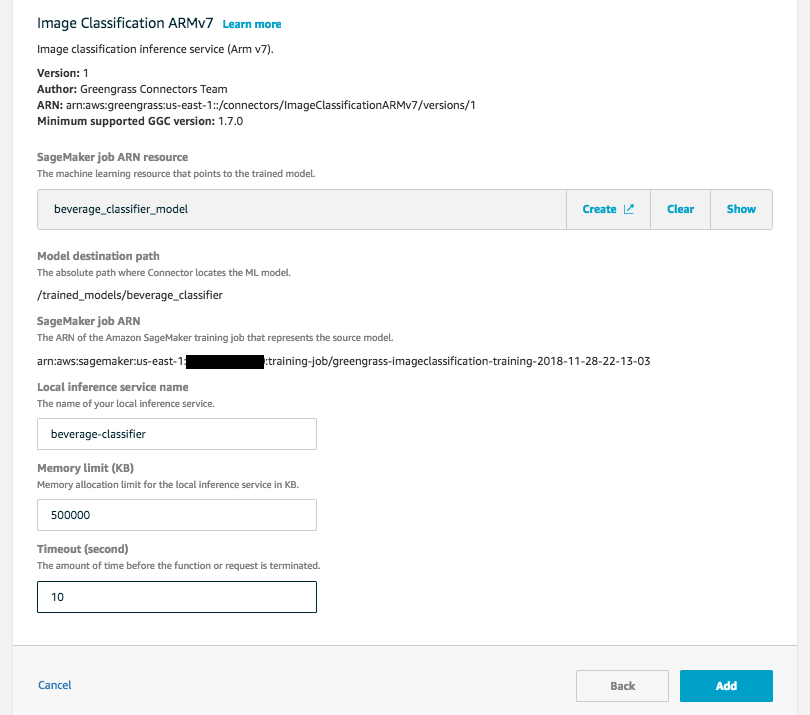 Choose Add and then create a new deployment. Our Lambda function can now access our image classification model!

If you have trouble with any of these steps, see the troubleshooting section of the Image Classification connector documentation.

Now that our connector and Lambda function are set up, let’s create a way to interact with our application. Using the Test page in the AWS IoT console, we will configure subscriptions between the AWS Cloud and the beverage_classifier Lambda function so that we can trigger the device to capture images and view our inference results in the console. In practice, any MQTT message can trigger the beverage_classifier Lambda function. We use the AWS IoT console to trigger events for this example because it offers easy debugging feedback, but there are other ways to trigger these events. In a production environment, you might instead send these MQTT events from other devices or Lambda functions. (It’s possible to send messages between devices and a Greengrass Core device even when the Core device is disconnected from the cloud!) Depending on your use case, AWS IoT Jobs offer another way to interact with your Greengrass Core device.

In the AWS IoT console, configure the following subscriptions for your group:

Configure a volume resource for the local directory where we will store the images we capture: 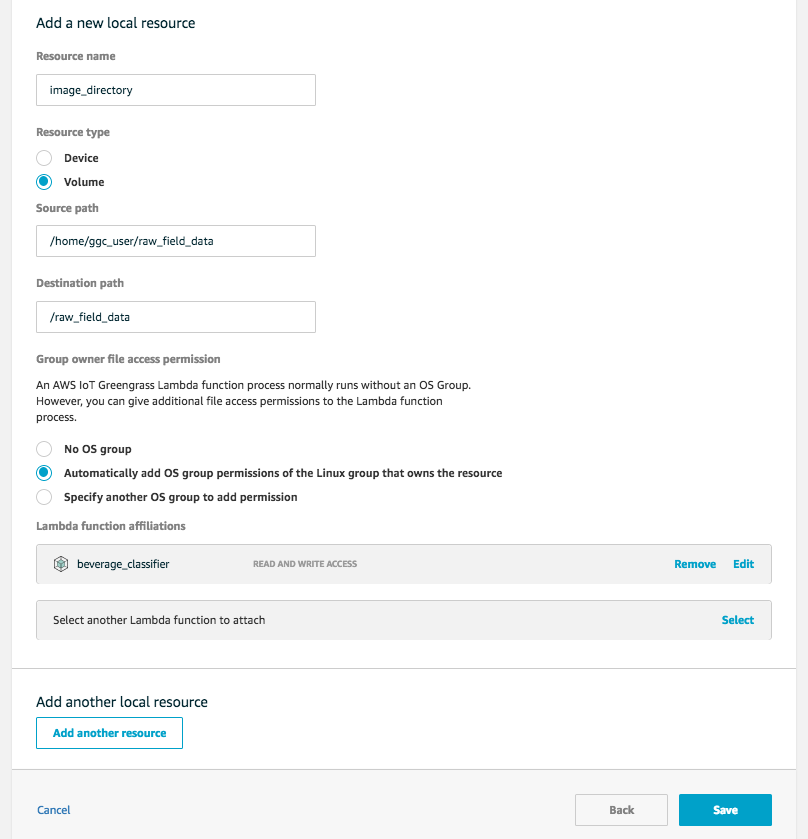 Before we deploy, we need to create the /home/ggc_user/raw_field_data directory on the device. We also need to give read and write permissions to ggc_user:

Now that everything is set up, we can test our beverage container classifier. In the AWS IoT console, choose Test, and subscribe to topic /response/prediction/beverage_container. Publishing to the topic /request/classify/beverage_container will capture and classify an image! Place a coffee mug, beer mug, wine bottle, or soda can in front of your Pi camera and choose Publish to topic. Your Core device will capture an image, make a prediction, and emit the result back to the AWS IoT console: 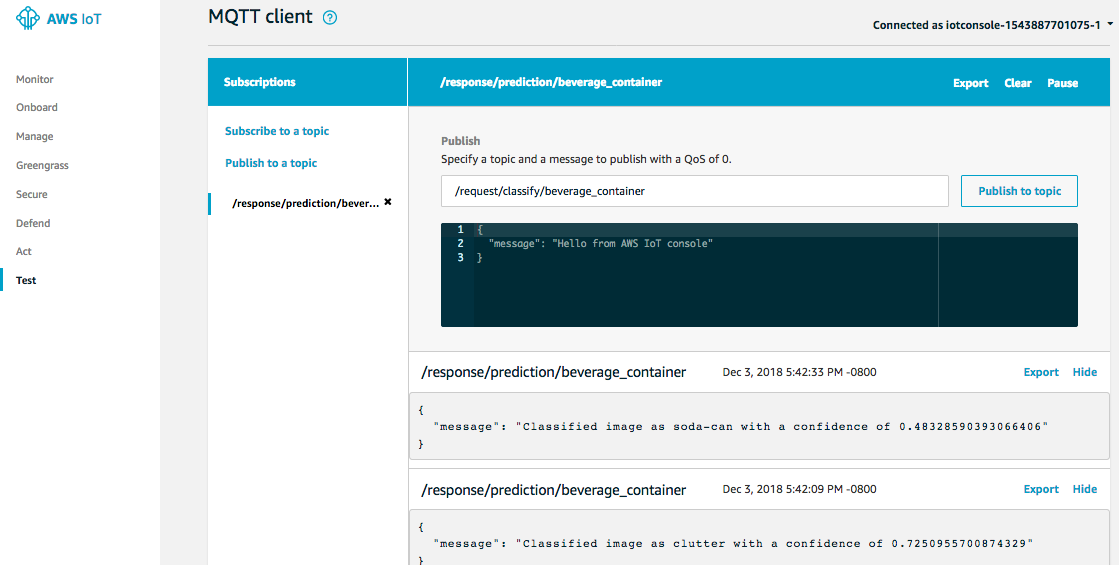 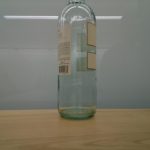 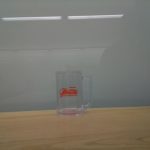 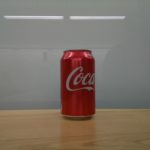 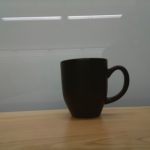 It would be great to improve the accuracy of our model. In part 2, we will show you how to extend this application to collect your own images and retrain the model to attempt to improve its performance!