In the AWS Management Console, go to the AWS Systems Manager console and choose Managed Instances on the left navigation pane. This should list all EC2 instances or on-premises managed instances in your account. Choose Setup Inventory and select the EC2 instance you want to collect inventory from. (For the example in this blog post I’m collecting inventory on all default types and using default values for inventory collection schedule.) Choose Setup Inventory to complete the action. Verify that the instance has collected an inventory of applications installed on the instance. When you choose the instance and then choose Inventory, a list of applications displays that is similar to the following one:

On the AWS Systems Manager console, choose Managed Instances, and then choose Edit AWS Config recording for the EC2 instance, as the following shows:

This should redirect to the AWS Config console as follows:

Choose recording to Turn On.

Step 3: Track changes to the applications installed on a managed instance

To see an example of changes that are tracked in software applications that are installed on a managed instance that collects inventory, let’s install a Java Development Kit (JDK) on the managed EC2 instance. 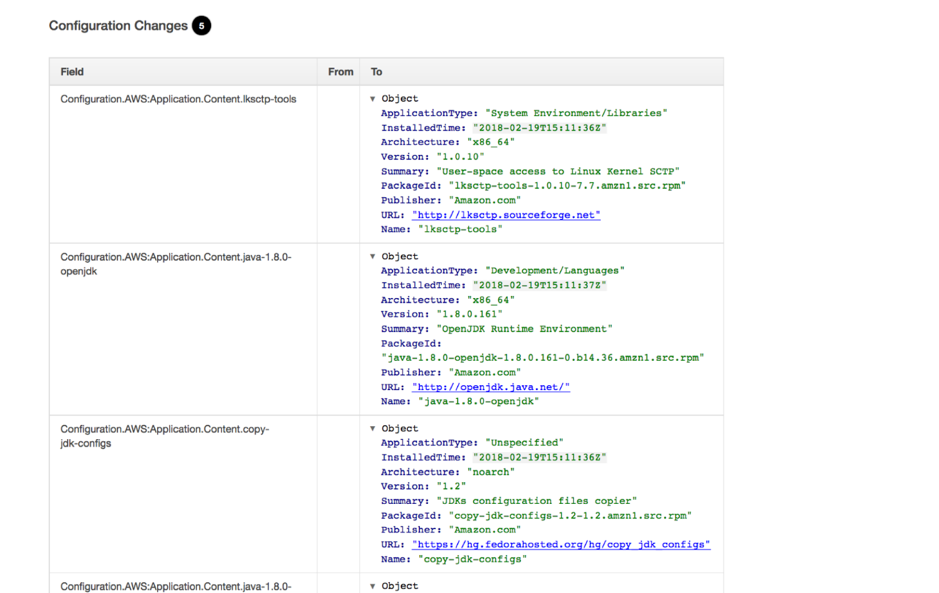 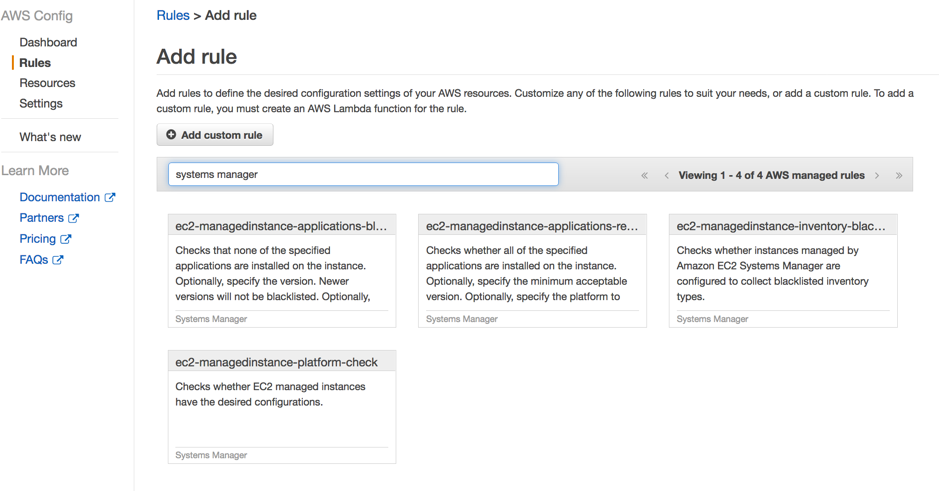 For the purpose of this blog, let’s select a built-in AWS Config rule for EC2 – ec2-managedinstance-applications-blacklisted. Using this rule, we will specify an application that we want to prohibit / blacklist in my organization and set a remediation action so that I get email notifications any time the application is installed on one or more managed instances in my fleet. In this example, we will evaluate if an old JDK like java-1.7.0-openjdk is installed on the managed EC2 instance. 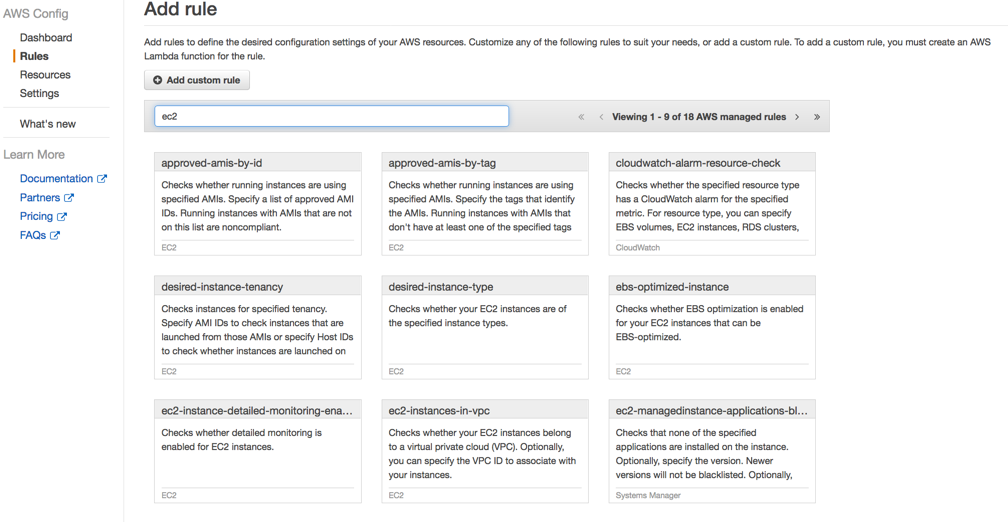 Step B. Specify java-1.7.0-openjdk as the application to be prohibited 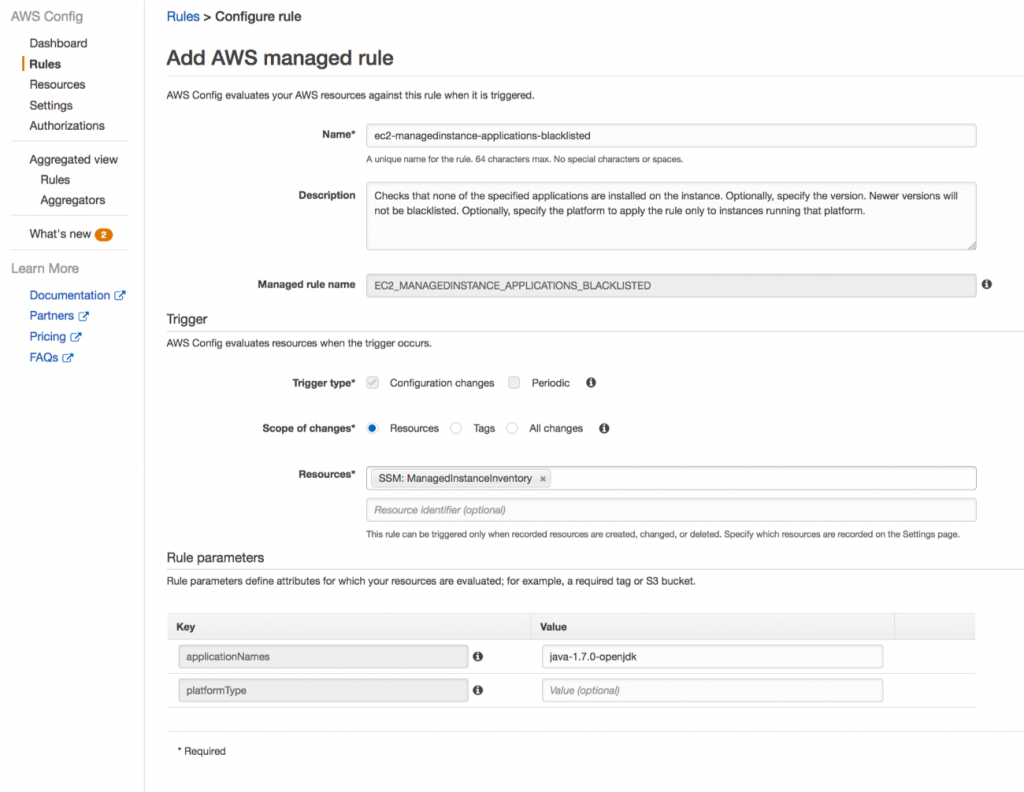 (Note: As part of remediation actions that you take using AWS Config Rule, you could also execute an AWS Lambda function that will automatically uninstall the blacklisted application.)

We can stream configuration changes and notifications to an Amazon Simple Notification Service (SNS) topic. In the AWS Config console, in the left navigation pane, choose Settings, and then choose the Amazon SNS topic.

Now we’ll choose Confirm subscription to send an email to the email address specified. We will go to the specified email inbox and confirm SNS subscription so that we’re ready to start receiving SNS notifications.

The AWS Config Dashboard will also show the overall compliance across all managed instances. 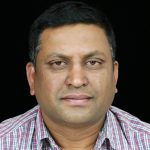 Mani Chandrasekaran is an AWS Solution Architect (SA) based in Bangalore, India. 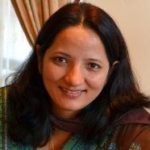 Tanu Mutreja is a Senior Product Manager for AWS Systems Manager. She loves to work on innovative products and solve customer problems with simple end to end experiences.