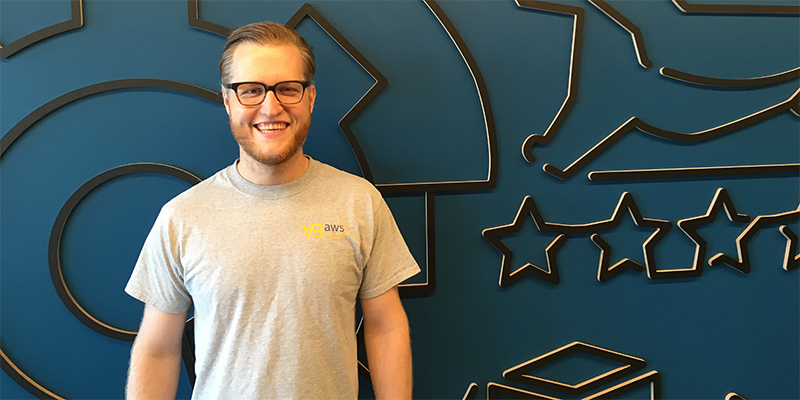 AWS scientists and engineers believe in partnering closely with the academic and research community to drive innovation in a variety of areas of our business, including cloud security. One of the ways they do this is through participating in and sponsoring scientific conferences, where leaders in fields such as automated reasoning, artificial intelligence, and machine learning come together to discuss advancements in their field. The International Conference on Computer Aided Verification (CAV), is one such conference, sponsored and—this year—co-chaired by the AWS Automated Reasoning Group (ARG). CAV is dedicated to the advancement of the theory and practice of computer-aided formal analysis methods for hardware and software systems. This conference will take place next week, July 13-18, 2019 at The New School in New York City.

CAV covers the spectrum from theoretical results to concrete applications, with an emphasis on practical verification tools and the algorithms and techniques that are needed for their implementation. CAV also publishes scientific papers from the research community that it considers vital to continue spurring advances in hardware and software verification. One of the authors of a paper accepted this year, Reachability Analysis for AWS-based Networks, is authored by John Backes of AWS. I sat down with him to talk about the unique network-based analysis service, Tiros, that’s described in the paper and how it’s helping to set new standards for cloud network security.

Tell me about yourself: what made you decide to become a software engineer in the automated reasoning space?

It sounds cliche, but I have wanted to work with computers since I was a child. I recently was looking through my old school work, and I found an assignment from the second grade where I wrote about “What I wanted to be when I grow up.” I had drawn a crude picture of someone working on a computer and wrote “I want to be a computer programmer.” At university, I took a class on discrete mathematics where I learned about mathematical induction for the first time; it seemed like magic to me. I struggled a bit to develop proofs for the homework assignments and tests in the course. So the idea of writing a program to perform induction for me automatically became very compelling.

What is Tiros? How is it being used in Amazon Inspector?

Tiros answers reachability questions about Amazon Virtual Private Cloud (Amazon VPC) networks. It allows customers to answer questions like “Which of my EC2 instances are reachable from the internet?” and “Is it possible for this Elastic Network Interface (ENI) to send traffic to that ENI?” Amazon Inspector uses Tiros to power its recently launched Network Reachability Rules package. Customers can use this rules package to produce findings about how traffic originating from outside their accounts can reach their Amazon EC2 instances (for example, via an internet gateway, elastic load balancer, or virtual private gateway) and via which ports. Inspector also makes suggestions about how to remediate findings that a customer would like to eliminate. For example, if a customer has an EC2 instance that has port 22 (commonly associated with SSH) open to the internet, Amazon Inspector will suggest what security group needs to be changed to eliminate this finding.

Why are networks difficult to understand? How is Tiros helping to solve that problem?

As customers add more components and open them up to access from more addresses, the number of possible paths that traffic can flow through a network increases exponentially. It may be feasible to test all of the paths through a network with a dozen computers, but it would take longer than the heat death of the universe to test all possible paths of a network with hundreds of components (elastic load balancers, NAT gateways, network access control lists, EC2 instances, and so on). Tiros reasons about all possible network paths completely, using “symbolic methods,” where it does not send any packets but instead treats the network as a mathematical object. It does this by gathering information about how a VPC is configured using the describe APIs of relevant services. It takes this information and generates a set of logical constraints. It then proves properties about these sets of constraints using something called an SMT solver [Editor’s note: discussed below]

Tiros relies on the use of automated reasoning techniques and SMT solvers to provide customers with a better understanding of potential network vulnerabilities. Can you explain what these concepts are and how they’re being used in Tiros?

SMT stands for Satisfiability Modulo Theories. SMT solvers are general purpose software tools that solve a collection of mathematical constraints. The algorithms and heuristics that power these tools have been steadily improving over the past three decades. This means that if you can translate a problem into a form that can solved by an SMT solver then you can take advantage of highly optimized algorithms that have been continuously improved over decades. There are tutorials online about how to use SMT solvers to provide solutions to all sorts of interesting constraints problems. Another AWS service called Zelkova uses SMT solvers to answer questions about IAM policies. Tiros uses an SMT solver called MonoSAT to encode reachability constraints about VPC networks. The figure below shows how we encode constraints about what types of packets are allowed to flow from a subnet to an ENI:

Tiros generates all sorts of constraints like this to represent the rules of routing in VPCs. If the SMT solver is able to find a solution to satisfy all of the constraints, then this corresponds to a valid path that a packet can flow through the VPC from some source to some destination. Someone using Tiros can then inspect these paths to determine the source of a potential network misconfiguration.

Is Tiros helping customers meet their compliance requirements? How?

Many customers need to meet compliance standards such as PCI, FedRAMP, and HIPAA. The requirements in these standards call for evidence of properly configured network controls. For example, Requirement 11 of the PCI DSS gives guidance to regularly perform penetration testing and network vulnerability scans. Customers can use Amazon Inspector to automatically schedule assessments on a regular cadence to generate evidence that they can use to help meet this requirement.

What do you tell your friends and family about what you do?

What’s next for Tiros? For automated reasoning at AWS?

AWS is constantly adding new networking features. For example, we recently announced support for Direct Connect in Transit Gateway. Tiros is continuously updated to reason about these new services and features so customers who use the service can see new reachability results as they use new VPC features. Right now, we are really focused on how Tiros can be used to help customers with compliance. We plan to integrate Tiros results into other services to help produce evidence of compliance that customers can provide to auditors.