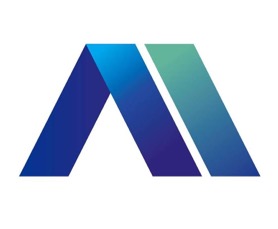 There’s been plenty of attention paid by the media to the problems of facial recognition software in recent years. Invasion of privacy, for one, and high potential for misuse, for another. AIH Tech, a Toronto-based computer vision company, has set out to solve the problem that most other facial recognition technologies have faced in their bedrock: racial bias.

The company was founded in 2016 by a diverse team that holds deep experience in a mix of industries not typically seen in tech startups. There’s CEO Helen Qiao, who previously held a variety of positions in public service, and Ben Su, who has a background in law—quite the mix indeed.

To solve their targeted problem of racial bias in facial recognition tech, the team first had to figure out why it was happening. Per Su, studies, some of which were conducted by the US government, have found that many facial recognition technologies can be, “…10 to 100 times racially biased against ethinic minorities, such as African-Americans or East Asians.” Many attribute the problem to a lack of diversity in the training data, but AIH saw that the problem was much more complicated. “We decided to go all the way down to the physics level,” says Su. “How photos are captured by cameras and how those photo signals are turned into images. That process is the secret sauce.”

Su explains that in the 1950s, when Kodak took off, the photography company calibrated their cameras and their films using an image of a Caucasian woman. Shadows, contrast, exposure time, lighting adjustments, all were calibrated based on a white skin tone. Although the photography industry has come a long way since the days of film, in general, cameras are still calibrated to take the best pictures for people with lighter skin tones.

As a result, mapping the facial features of people with darker skin tones remains harder. With darker skin or non-white skin tones, “you won’t be able to generate the data that you need in order to make facial feature comparisons,” says Su. To solve that problem, “We had to go all the way back to the rock bottom,” even before the data training approach, Su explains. The company built its own generative adversarial network to do pre-processing of images before they use them as data in their software. “It’s basically using AI to try to make the camera image qualities less impactful on facial recognition bias,” Su explains.

As you might imagine, all of this requires some heavily computational power to run, which is why AIH turned to AWS as an infrastructure partner. To have their algorithm function at a high level, the team needs heavy-duty GPUs to handle the MVD (multi-view video plus depth) data they were dealing with, and they need access to the GPUs around the clock. Furthermore, some of AIH’s projects require data residency in Canada, and AWS was able to offer that when no one else could.

With a well-developed algorithm in hand, Su says the company is now focusing on bringing it to market as a SaaS offering. To help with that, AIH teamed up with Onica, a cloud-native services company and member of the AWS Partner Network, to migrate from the startup’s original single-client server and VM architecture to a kubernetes-based system. “The cost of operating VMs, especially with a heavy GPU-usage that our AI inferencing service depends on, was not something we could support as we scaled,” says Su. “By moving to a kubernetes-based architecture, we’re able to more easily support a variety of customers as our business grows.”

Looking ahead, AIH has positioned itself to offer its tech as Facial Recognition as a Service (FRaaS), a play on SaaS, with Su and the team hoping to bring the positive applications of the technology to the forefront. “For example, we recently partnered with the University of Waterloo to develop a computer vision-guided fever screening technology to help minimize the risks of a COVID-19 resurgence,” says Su. “Some other exciting applications include working with automated financial services providers to prevent identity frauds in large-value financial transactions and possibly using facial recognition to identify victims in long-term missing persons cases. We really are just scratching the surface as to the benefits society can see from this technology.”