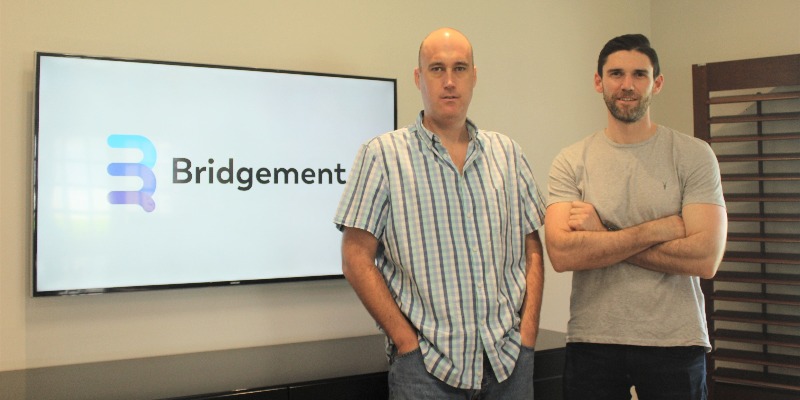 Cash flow problems are among the most common that small and midsize businesses deal with. Regardless of industry or location, guaranteed access to funding is a primary concern. And according to Daniel Goldberg, CEO of Bridgement, the complications facing these businesses in South Africa can be especially high. On average, it takes five weeks for a small business to secure a line of credit. (In the US, by comparison, same-day approvals aren’t uncommon, thanks to the variety of lenders available.)

“Small businesses really struggle to get finance,” says Goldberg. This kind of delay “just isn’t good enough when businesses have a pressing cash flow need or have to cover and make payments for the end of the month.” To address these issues, Goldberg co-founded Bridgement with CTO Simon Stewart, going live in 2018. Since then, they’ve made it their mission to help small and midsize businesses get the funding they need as quickly as possible. Most often, this means working with businesses with between one and twenty million in annual revenue, a size that banks aren’t always well-equipped to handle.

What makes Bridgement’s flexibility possible is its openness to using nontraditional data sources when evaluating clients. Whereas banks typically rely mostly on credit scores, Bridgement uses those scores “in conjunction with a whole bunch of other information,” Goldberg states. Not only does the team make use of a wider range of accounting data, it uses information on a company’s “purchasing habits and spending habits, as well as its trade history with customers to make better decisions.”

The firm’s co-founders understand that this kind of data collection could quickly become overwhelming. “We’re trying to eliminate as much paper work as possible,” says Stewart. To that end, Bridgement isn’t trying to reinvent the wheel. Instead it’s taking advantage of pre-built data libraries and third-party sources wherever possible, bringing everything online in the process. “We integrate with a variety of accounting services, so based on that we can make critical decisions almost immediately.” This gives the team the dexterity to work with applicants that traditional banks might not be able to serve.

Bridgement is focusing its efforts on South Africa for now but plans to expand into emerging markets and eventually Europe. The company recognizes these expansions will face some challenges. “One of the biggest difficulties that we’ll experience expanding into other countries will be dealing with different data,” Goldberg says. “Every country will have their own credit bureaus, will have their own ways of recording financial and accounting data, as well as other types of data that we use.” But Goldberg notes that Bridgement is prepared for these obstacles: he and Stewart designed their approach to be adaptable and customizable, ready to cater specifically to the needs and requirements of businesses wherever they might be.

And why might small and midsize firms in other countries be interested in what Bridgement offers? Stewart points to a recent milestone as evidence of the company’s progress. “We were able to fund one of our customers in the quickest time ever for us,” he says. Bridgement received an application and secured the funds in the applicant’s bank account in just two-and-a-half hours. “I wouldn’t be surprised if it was the quickest time in South Africa.” That’s quite a leap from the five-week average, and proof of the firm’s commitment to growing small businesses.