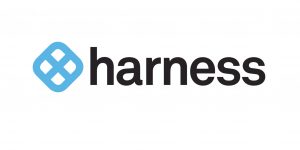 There is no question that the amount of choice in platforms and building blocks for software engineers is exploding. Traditionally, what was handled by separate teams with purpose-built hardware has now shifted to code (and infrastructure as code). This represents a fundamental shift in software architecture and responsibility that software engineering teams have to maintain.

At Harness, which was co-founded by Jyoti Bansal and Rishi Singh in 2016, our mission is to simplify the entire software delivery process so that software engineering teams can move fast and ship code effortlessly without the fear of breaking things.

Jyoti first got the idea for the company while at his previous venture, AppDynamics. Founded by Jyoti in 2008, AppDynamics boasted of efficient engineering teams that were creating features at a rapid pace. However, one main bottleneck was affecting productivity, no matter how many engineers were put on the problem. At the time, there were several dozen engineers who were solely focused on getting software through the Software Development Life Cycle (SDLC) and eventually into production. This meant that instead of focusing energy on features for AppDynamics, teams of engineers were off fighting software development pipeline problems.

Given that the company was based in the San Francisco Bay Area, this was an expensive problem to have, as highly-compensated engineers were more focused on the pipeline problem—aka Continuous Delivery—than on making progress on feature development. This was the “ah-ha” moment that led Jyoti to create Harness. After talking to several peers in industry, he started to question why there wasn’t a solution in place to help the industry with this challenge as a whole.

Developed in stealth mode, Harness was originally named “Wings Software,” as its goal was to help organizations raise their Continuous Delivery game. The goal of “Wings”—which was rebranded Harness in 2017—is to help teams deploy software as frequently as they like and with enough confidence to make changes throughout the day.

For example, Harness recently partnered with Build.com, the second-largest online home improvement retailer in North America, to help them cut back their rollback times. At Build.com, several team leads were sitting on deployments to validate. This meant that if there were a problem, it could take upwards of 40 minutes to roll back. With Harness’s help, Build.com was able to save 780 hours of lead time a year by not validating deployments. Harness also helped them cut their rollback time to 10 minutes.

As Ed Rose, Build.com’s Director of Software Engineering, told us, they would have needed two full-time engineers with data science backgrounds for one year just to build their verification capability, let alone the rest of Harness. “We could spend $300,000 to do that, or just buy Harness and have a mature CD platform today,” said Rose.

Harness has helped several dozen clients achieve greater success in their continuous delivery pipelines. For organizations deploying software in the AWS ecosystem, from EC2, ECS, EKS, and beyond, Harness can deploy to multiple AWS Services in a consistent and reusable fashion. As organizations start to further embrace the public cloud, Harness can bridge the deployment divide between on-prem and AWS deployments fostering the hybrid cloud.