EBAN: In the Hunt for the Next Great Global Startups, These Angels are Banding Together 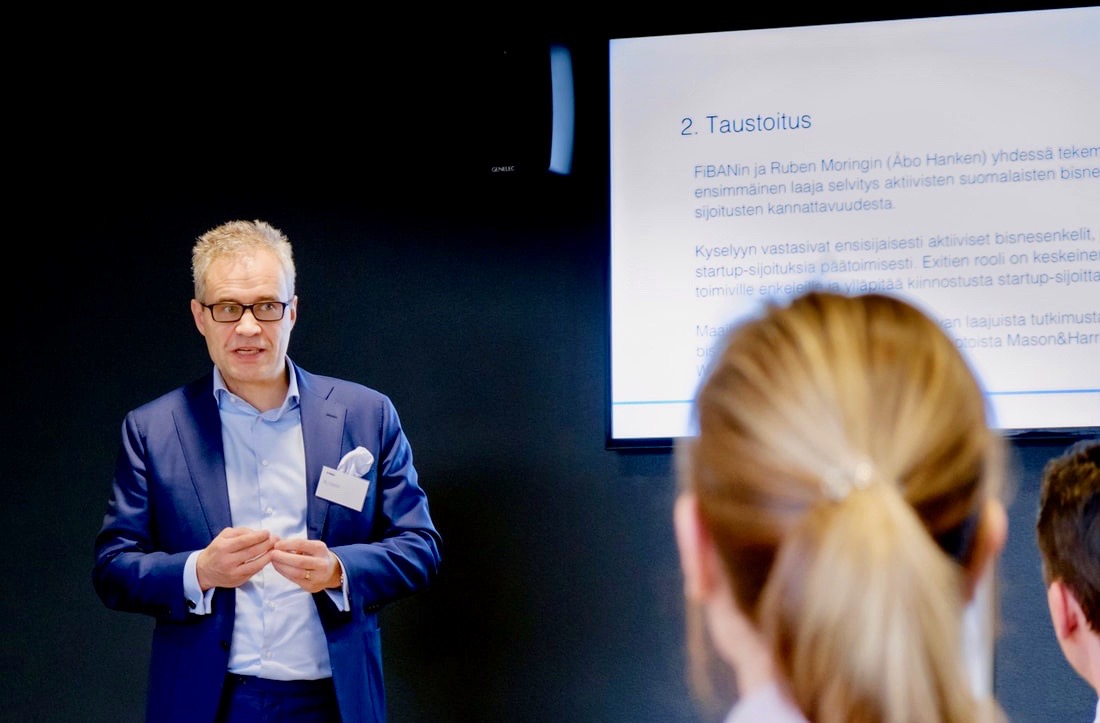 There is this alluring notion of the solitary founder (or founding team) with a brilliant idea that attracts the attention of a far-seeing and deep-pocketed investor. Money and startup meet, and that genius idea—now a product—sweeps victoriously around the globe. All that needs to be decided is who plays the swashbuckling founders in the movie.

It has certainly happened—fill in your favorite Iron Man or Iron Woman archetype here—but more often than not, it takes a community of people and resources to push startups onto a path that offers even a shot at glory, says Riku Asikainen, a Finland-based angel investor and long-time entrepreneur. “It is not the lonely wolves game,” says Asikainen, who sits on the board of the European Trade Association for Business Angels (EBAN), a community of more than 40,000 people investing in the European startup ecosystem. “There is good reason for us to get together as investors and not just share the risk, but share the knowledge and resources that can help these startups change the world. That is what we are looking for, but how can these startups change the world if they don’t have the resources?”

By resources, Asikainen means money—as well as access to infrastructure like AWS (which has joined forces with EBAN), but especially the experience that he and his fellow EBAN angels bring to the mix. Within the EBAN organization, all of that gets put to work both formally through pitch events like “ScaleUp of the Month,” where a portfolio company pitches a jury of investors for follow-on funding, and through other gatherings that the non-profit hosts across Europe and through its partner organizations around the world (see below). Some great examples of European startups that have felt the EBAN love (and have world-conquering ambition) include Faveoo, OnePulse, Combinostics, Freska, and Thirdpresence. “It’s the human relations that lead to business relations,” says EBAN Director of Secretariat Jacopo Losso.  “And that is what helps companies to scale to other countries.”

What Losso describes is both the very personal nature of angel investing—matching people and the earliest stage entrepreneurs—and the global ambition of his organization. At its core (AngelList is the exception), much of angel investing remains bespoke matchmaking, with a very local or regional focus. Most angels don’t fly far from home, but for the startups they invest in, it’s necessary if they are to succeed in today’s global marketplace. That is why EBAN’s goal, along with its partner organizations in the Middle East, Africa, Canada, Latin America and the Caribbean, is to take all those grassroots efforts and bundle them together into a unified global effort. To help build those world-changing companies.

Startups in smaller countries in Northern Europe in particular, and Israel in the Middle East, have always known they had to be global from day one. Their small local markets just weren’t large enough to support a sizeable company. But now every entrepreneur is thinking globally, says Marcel Dridje, an angel investor and EBAN member in the south of France. Drijde points to a wave of French entrepreneurs striking out from their sizeable market in France to Germany, and then across Europe and the United States. And it’s not just French founders.

“We see also a similar trend with German startups setting up shop in France, the U.K., and the States,” says Daniel Paz, Startup Business Development Manager at AWS Germany. “3YOURMIND is a great example of a Berlin-based startup that recently announced the opening of an office in France.”

Expect to see more and more of it across the entire European startup landscape — big countries and small.

“Startups from smaller markets like Hungary and Bulgaria are showing up everywhere all of the sudden,” Dridje says. “What has changed in recent years, and you can thank software, the cloud and the whole world economy, is that every single startup we engage with from day one wants to be a global company. E-health, blockchain, fintech, much of that either didn’t exist or was out of reach for most startups to scale outside of their home countries. Now every startup we look at is thinking about how they are literally going to conquer the world.”

They’ll do it like all great conquerers—country by country. And with, if not an army at their backs, resources like EBAN and its partners to give them a push along the way.

Find your angel below

Find the region where either EBAN or its partners operate in your backyard, and head to their website to apply.