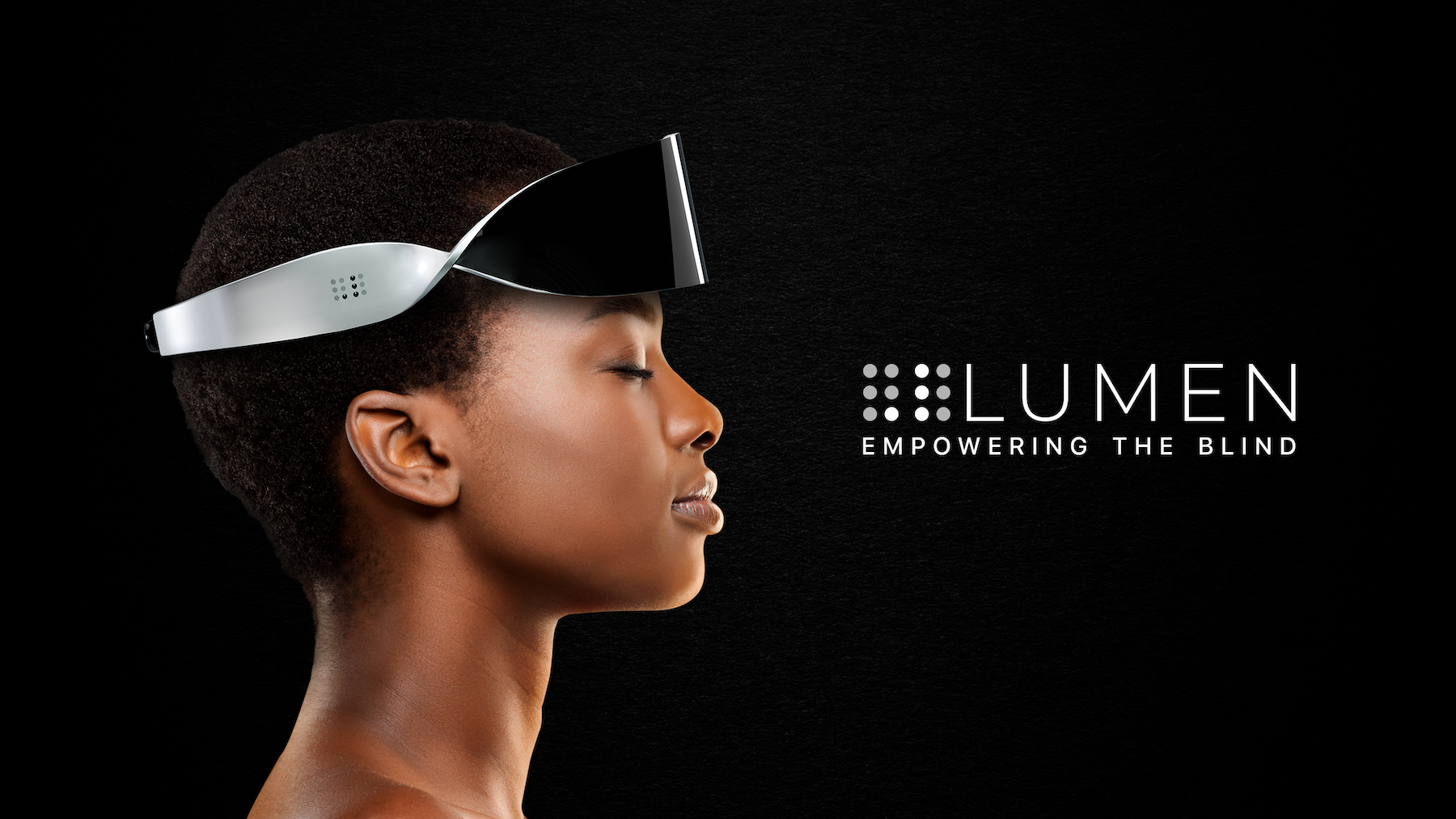 Guide dogs have helped lead the blind for decades, and while the furry friends are an invaluable asset for many, they come with limitations. Training one can cost tens of thousands of dollars, and caring for them is a big responsibility. On top of that, they’re a scarce resource. There are 40 million blind people around the world—a number expected to jump to 100 million by 2050—but just an estimated 20,000 active guide dogs.

Canes can help close that gap to an extent. And other technological advances have made it increasingly possible for the visually impaired to consume and transfer information, like 3D sound maps and bluetooth beacons. “But when it comes specifically to mobility and orientation, getting out of the house and going to a new or unknown place, unfortunately, you only have the white cane and the guide dog,” says Cornel Amariei.

Cornel, whose resume boasts a recent induction to the Global Business Hall of Fame and inclusion in Forbes’ 30 Under 30 Europe 2016 list, is the CEO and founder of .lumen, a Romanian startup working on adding a wearable device to that too-small list of mobility solutions for visually-impaired people. The company’s goal is to pack all the benefits of a guide dog into a headset, making getting around far easier for the millions of blind people who don’t have access to a trained canine.

It’s a goal that wasn’t possible as recently as 2013, when Cornel first had the idea to design a pair of glasses for the blind. Growing up around parents with locomotor disabilities and a sister with cerebral disabilities made him hyper-aware of both the possibilities and the limits of assistive technology, and he was eager to create a product that could make mobility more accessible.

Following his 2013 inspiration, Cornel played around with some product development for a mobility headset. His experimentation resulted in some promising lab results, including helping blind people catch a ball for the first time and pass through an open door without having first touched it. But it quickly became clear to Cornel that technology hadn’t advanced enough to make manufacturing a scalable device possible. That realization was dispiriting, but didn’t mark the end of Cornel’s hope for the future.

“We took it upon ourselves that the moment when the technology caught up, to actually build this thing. Then, in 2019, we realized the technology might actually be there, and we would be able to build what we knew we had to build,” he says. 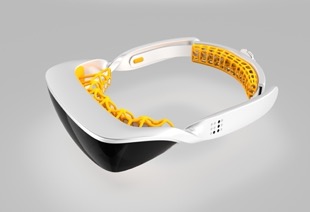 In January of 2020, Cornel began fundraising, and in May of 2020, he and a lean team of eight other employees had their first day at .lumen. That their inception came during a pandemic was a challenge, but not one they couldn’t overcome—and overcome quickly. Within a few months, they’d grown to 40 people and plan to be between 70 and 100 in another few months. No matter how big they grow, though, Cornel and his team are committed to one guiding principle.

“We founded .lumen with this idea of making meaning, not money,” Cornel says, but he and his team had tons of questions to answer before they could create a relatively small device that would pack the power and complexity of the human brain.

“There are a lot of things, which we take for granted, that are very simple for us as humans and incredibly complex to do in a system,” he explains. “We had quite a few unknowns. How well can we understand the world? What is relevant to the world to understand? The last and biggest one was, how will we represent that information to a blind individual quickly, reliably, and safely?”

They tackled that last question first, launching round after round of research to determine the best ways for the device to communicate information, beginning with existing methodologies guide dogs employed. Typically, when the animals are leading, they give their owners a gentle tug on the hand to steer them in a safe direction or alert them to barriers.

The .lumen device works in a similar way. Outfitted with five cameras that constantly take in the external surroundings the way a human or trained dog might, the device then computes that navigational information, contextualizes the nearby environment, and determines the information it needs to relay to the user—perhaps a nudge along a safe path, or a warning about an obstruction blocking the user’s way. Then, using a proprietary system of haptic and auditory feedback mechanisms, it conveys that information using a similar sensation to a guide dog’s tug on the hand, only to the user’s head.

With that development underway, the team started training models for production, but found the job too time-consuming with their previous provider—they had to wait months to complete testing for a single model.

“We want to have state-of-the-art machines, so we use neural network architectures, and these are very data-hungry,” says Caius Debucean, .lumen’s Machine Learning Lead. “If you want to train an AI model, it can take days, weeks, and even months.”

Tired of waiting, Caius insisted .lumen needed a more powerful cloud computing platform if it wanted to accelerate its research pace, produce a scalable model, and finally get an accessible mobility solution into the hands of millions of blind people.

AWS turned out to be the answer. Through NVIDIA Inception, a virtual accelerator that supports a global ecosystem of over 3,600 members, .lumen got access to AWS Activate, a startup-focused tiered program designed to accelerate long-term startup growth through the issuing of AWS credits, access to subject matter experts, and business and developer support. Activate gave .lumen the resources it needed to quickly get started on AWS and leverage its tools to grow.

“Now, we are training intensively on tens of different models. If you need to train those architectures and want to have state-of-the-art results, you need powerful cloud computation. This is where AWS has been big time for us, because they offered us one of the best products, one of the best services in terms of AI machines and AI services in order to train those models,” explains Caius. Not wanting to back up its data locally and risk corruption, the company also relies on AWS cloud storage to house the more than 10 million images and data sets used to train its AI system. “AWS provides very fast and very accessible storage programs,” he adds.

Thanks in part to that efficiency and accessible storage, .lumen’s development phase has gone even quicker than they anticipated. They’ve already been able to test their product with more than 200 blind individuals, even as pandemic protocol made that a greater challenge than it normally would be.

Going through that process and finally developing a product was an incredibly validating feeling for Cornel, who had been waiting years to see his idea turn into a viable product.

When asked about something they thought they needed but turns out they didn’t, Cornel’s answer is immediate: time. “Everyone told us it would take 10 years, and we did it in six months,” he says. “We can do everything – it’s all possible.”

The team knows its challenges aren’t over. In addition to overseeing a production process, .lumen must figure out the best way to train people to use the device. They also anticipate needing to come up with solutions for connectivity or latency issues, so that as many people as possible can use their device, no matter where they are in the world. Business development could be another logistical hurdle, since the company wants to sell directly to governments or other providers that can distribute the device to blind individuals free of charge.

But the team isn’t worried that they’ll lose steam as they continue. For one, they’re confident that AWS will continue to provide the technical and business solutions they need to efficiently evolve and scale. Plus, they know they’ll never tire of their mission to design a product that has the potential to provide mobility on a scale previously unheard of.

“You look outside and you see that there are not so many solutions, and this is really what keeps me going,” says Caius. “Blind individuals are not empowered enough today in terms of mobility, and we are here to help millions.”