Forget Silicon Valley, for Farmer’s Business Network, the Real Proving Grounds for Machine Learning are Out in the Fields 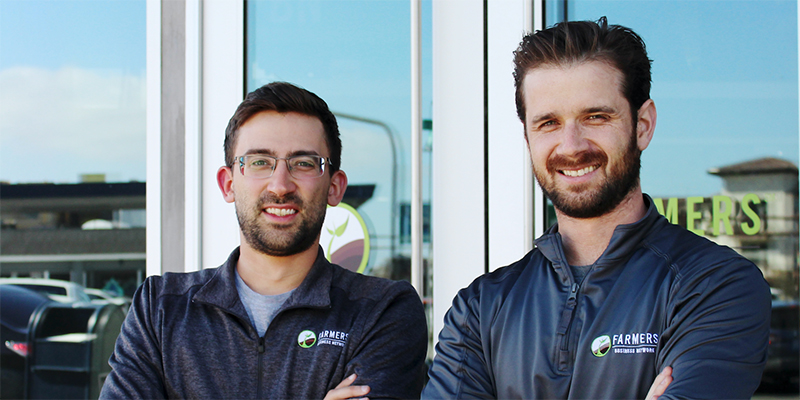 If you live at a distance from farm country, agriculture might seem like an unchanging industry, built around traditional methods and relatively low-tech tools. Even a Google Image search primarily brings up pictures of tractors plowing through fields. However, the economic risks of agriculture actually force farmers to be early adopters of new technology. As a result, today’s farms can be just as high tech as any office you’ll find in Silicon Valley—especially when it comes to data.

A farm today relies on a whole array of datasets, each more complex than the last: GPS data, satellite imagery, drone imagery, weather and climate data, not to mention the data being produced by a growing variety of ag-specific smart sensors that monitor everything from soil health to the rate of crop development. And that’s just the data on the external variables. As the technology powering plant genomics has become cheaper and more powerful, farmers have access to a growing body of data on the characteristics of the seeds they plant.

There’s so much data, in fact, that to properly crunch it, a company would need to deploy the most sophisticated machine learning models just to keep up. And that’s exactly the job of Matt Meisner at Farmers Business Network. Founded by Agricultural entrepreneur Amol Deshpande and Google veteran Charles Baron in 2014, FBN is an online farmer-to-farmer network where farmers can anonymously pool their information about all aspects of their farms—what they’re planting, how they’re planting it, genetics they’re using, fertilizers they’re using, pesticides they’re using, rates and timings of applications—to learn from each other and provide each other with better knowledge when negotiating with outside vendors including seed, chemical and grain buying companies.

“Compared to most data analytics problems, agriculture is far, far more complicated,” says Meisner “because not only are the environmental conditions constantly changing, but each variable interacts with many other variables.” There are startups pursuing advances in the collection and analysis of each of these data variables. But, Meisner says, focusing on one variable at a time leaves farmers without actionable results. “Unless you have all these data sets combined together, you’re really missing out on the opportunity to find the best possible information about how all these factors actually affect the yield, which ultimately translates to profitability potential. We’re always trying to quantify that to help farmers understand, with the data, what decisions would be the most profitable and highest efficiency for each field, based on the full historical dataset.”

Today, a combination of unprecedented economic pressures means that farmers can’t afford to gamble on analytics that aren’t directly increasing profitability. A brutal commodity market is leaving growers with razor-thin margins. An era of recorded-shattering megamergers among the Big Ag companies is limiting their options for seed, fertilizer, and pesticides. Volatile rhetoric around tariffs and global trade disproportionately affects agriculture. And growing instability from climate change is making it harder than ever to plan for and invest in future harvests. On top of all of that, as the human population expands well beyond 7 billion, not only are we straining the limits of our global food supply chain but a growing global middle class is changing the profile of which foods are in demand, making it even harder to predict which crops will be most profitable to plant.

With the stakes so high, agriculture promises a more robust test of the value of data analytics than your average Silicon Valley startup. “It’s not like, ‘Oh yeah, well, I surfaced the wrong ad. So, whatever, if they didn’t click, I lost some revenue, no big deal,’” says Meisner. “If a farmer makes a bad decision on what variety they are going to plant based on the data, that could destroy their entire season, that could put them out of business.”

More than most businesspeople, farmers are intimately familiar with the risks of acting on bad or statistically insignificant data. “Historically, farmers were generating a lot of this data already,” says Meisnizner, citing the common practice of setting aside land for plot trials, where farmers can test different seed varieties and rates of pesticide and fertilizer application. “But they had no way to share it. So they could only look at data from their own farm, and that can be very limiting, because you only get results on the few combinations you tried. So now instead of looking at just one strip of land once a season, we help farmers look at 200 million acres of data that we’re processing.”

While the scope of historical and real-time data is remarkable, farmers expect their data platforms to offer not only a reasonable level of predictive power but also to be easy to understand and take action on. That focus on delivering actionable insights to family farmers is at the heart of FBN co-founder Charles Baron’s mission for FBN. “There’s a giant generational transition going on right now,” says Baron. “The average farmer is nearly 60 years old at this point. And while there are farms that don’t have younger generations to pass on to, most farms are still family farms. Our members tend to be a little younger than average. They are taking on the role of decision maker on the farm from the previous generation. So a son or daughter could be running operations on their farm, consulting with a parent or grandparent,  and splitting the jobs among two or threethree or four generations of family members. Ours is a platform that the whole family can get onto and easily understand. So it becomes a hub for the farm’s operations.”

In the midst of generational change and challenges on a global scale, it can be hard to predict how the agriculture industry will respond to the next tech disruption. But Meisner and Baron see the industry as far from being mired in the past. “If you want to know the real power of machine learning and data analytics,” says Meisner, “ don’t ask an app developer, ask a farmer.”