How Founders Factory Is Helping Entrepreneurship Grow in Africa 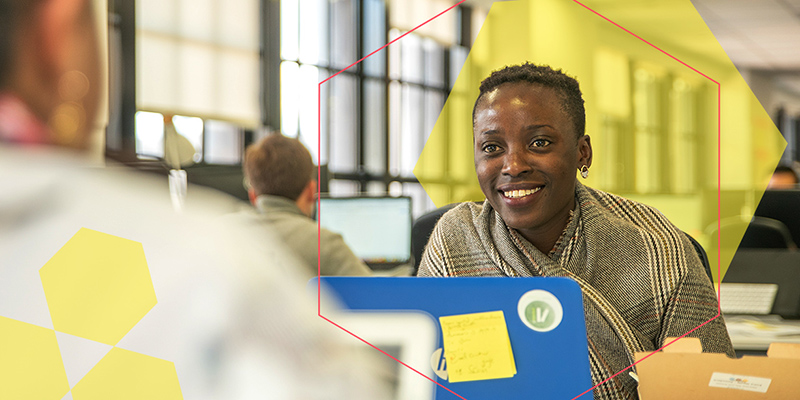 “There’s a burgeoning ecosystem of African entrepreneurs that wants to make products for the community. They want to see upliftment amongst their friends and family,” says Murray Legg, the accelerator director of Founders Factory Africa. “And they want to make a difference in the world.”

Founders Factory Africa is the newest addition to the Founders Factory accelerator and incubator brand, which was formed in London in 2015 by serial entrepreneurs Brent Hoberman and Henry Lane Fox. The two are also behind Founders Forum, an invite-only event series for the world’s leaders in technology, the executive search firm Founders Keepers, the digital consultancy Founders Intelligence, the philanthropic initiative Founders Pledge, and the $100 million seed fund Firstminute Capital.

Based in Johannesburg, Founders Factory Africa launched in October 2018 and aims to build and scale 100 startups in five years. Its model is very similar to that of its UK counterpart: The incubator guides talented people through the process of turning an idea into a business; the accelerator provides early-stage businesses with the resources they need to scale. Both programs last for six months, but Founders Factory maintains involvement with the companies it develops long after the official engagement period has ended, offering additional guidance and access to the Founders Forum network. The startups also leave with what CTO Bongani Sithole calls the “unfair advantage” of cash and other types of investment from Founders Factory’s corporate partners.

Or, as Legg puts it: “For any technology business, there’s two distinct chapters. There’s the first chapter, which is innovation, and the second chapter, which is ultimately their distribution.” Large corporations “have very big distribution footprints, but they’re not great at incubating ideas, bringing them to market, and rolling them out.” Founders Factory “knits together those two very distinct chapters.”

“In an incubation stage, [the corporates] might take that particular business and then distribute it through their network and through to their customers and clients. Or in the accelerator type of business, they may play a role in that distribution, or they may see that sold to another player in the industry,” Legg says. But, regardless of the path a startup takes, “Ultimately, [the corporates]  are invested into that business. They want to give that business every chance possible to make a great hit out of their product.”

Sithole and Legg say that African entrepreneurs are often motivated by a desire to address local issues—such as bringing solar power to places where electricity is inconsistent, or finding a way to deliver online purchases to people living in remote areas—rather than starting a company with the intention of taking it global as quickly as possible. Sithole says that some of the best startups he’s seen come from east and central Africa “purely because of the challenges that they’re facing there.”

“People are not necessarily taking a view of the fact that, ‘I’m studying business,’ but they’re looking at the view of ‘I’m solving a community problem,’” he says. When Founders Factory Africa sees an entrepreneur with a solution to a problem that also exists elsewhere, one of the organization’s roles is to “look at that [and] we can then say, ‘By the way, what you’re doing can scale into these other African regions.’”

But, Legg stresses that “we try and stay very clear away” from “boxing of Africa into a single project or a single country or generalizing across the continent […] We have to spend our time understanding each of those local ecosystems and markets and each of the demands.”

Sithole adds that because infrastructure, governments, and cultures vary so much across the continent, “You have to be in-country to understand those nuances in order for you to be able to look at what scale means in Africa.”

Sithole hopes that Founders Factory Africa will serve as a space to encourage and bolster African engineering, with objectives like building simple robotics and working with university students. “If I look at some of the startups that we do: you get a fintech business that’s building a point-of-sale device, but half of the time they either get that from China or somewhere else. So, how do we then get an engineering department within Founders Factory that can work with anyone on the street to basically start formulating these engineering practices in Africa, to start building things that are related to African problems? Someone can argue that you can get the same thing cheaper in China, right? But that’s not the point,” Sithole says. “The point is how we actually grow engineering skills in Africa with a view of growing the economy and supporting the businesses that we build.”