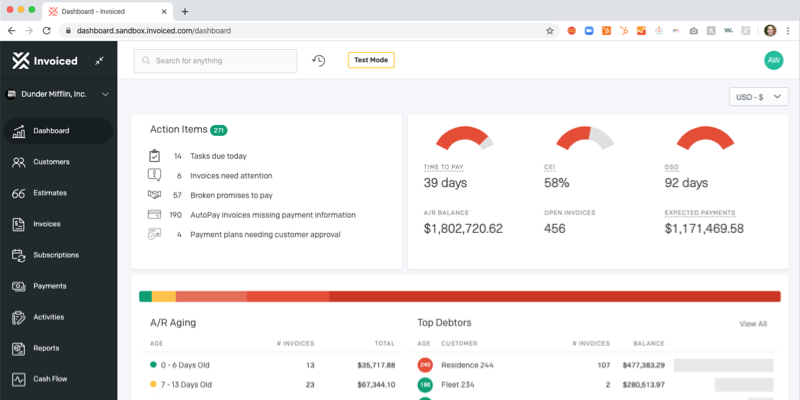 All startups begin with a great idea. Some seek rapid acceleration with venture capital dollars. Some iterate organically until they have a workable product that truly meets a market need before turning to venture capital as rocket fuel. Invoiced, an accounts receivable (AR) management startup, is proudly in the latter category.

Company CEO Jared King says that creating a startup around automating invoice processing wasn’t necessarily something he envisioned at the start. “I was doing contract web development, and I created software that dealt with invoicing three times. Each had to be built from scratch because the options on the market at the time were really limited or else incredibly expensive.”

It became obvious to King that demand for the product existed. “The company really started as just a webpage where you could fill out a form to generate an invoice PDF. It probably took an hour to make.” The key feature wasn’t a slick UI or killer technology — it was a simple comment box that asked “What do you think we could do better?” King and his team really listened to that feedback and kept adding features until it was a more comprehensive solution.

That process of continually listening to customers and iterating on their feedback proved to be an incredibly successful strategy. Invoiced is now a comprehensive, enterprise-grade system that works with everyone from small businesses to large companies to the Fortune 500 set. The company has processed more than $50 billion in invoices—$10 billion in 2019 alone—and its run rate is increasing rapidly.

Back-office operations systems like those used for accounting, says King, were ripe for innovation. “They are so far behind the times with the modern digital experiences that we all expect. Market research says that in 2019 there were 550 billion invoices sent around the world, but only 10 percent of those were sent using some kind of paperless or electronic format.” 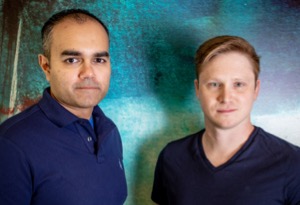 To support the technical backend of this operation, Invoiced turned to AWS for a few main benefits. The first, per King, has to do with the sensitive financial data the company processes each day.

“For Invoiced, the type of data we’re moving and the customer’s we’re working with means we take compliance and information security very seriously. AWS has been amazing on that front, with the multitude of features like AWS Identity and Access Management that enable us to comply with these high standards.”

Outside of the information security realm, Invoiced is also a heavy user of AWS database services, including Amazon RDS and Amazon ElastiCache, which enables them to focus on their customer versus infrastructure, per King.

“One of the main things we love about AWS’ database products is how they really allowed us to operate in a more lean way, both from a time and money perspective. Previously, a company would have had to hire a full-time dedicated systems admin and other product development team members to manage the backend. AWS takes that off of our plate, while providing terrific uptime. The ability to effectively be infinitely scalable is amazing as well. Being able to automatically grow in size with pretty much no storage limitations was a main driver for us going with AWS.”

As Invoiced has grown, it has kept its philosophy of growing its product by listening to customers and iterating on their feedback, leading to their current status as a category-defining brand within accounts receivable automation. Given that success, King expects that the next big investment the company will make is on more capital-intensive functions like sales and marketing. While they were able to get to their current scale by bootstrapping, the company hasn’t ruled out raising some growth capital to fuel the fire.

Product-wise, King says, the company is looking to add more automation and intelligence to its forecasting and predictions, as well as just adding more automation capabilities generally. “We’re adding on some really interesting services to go along with the software. There are still parts of the accounts receivable life cycle that we’re looking to squash for our customers.”

Listening to customers and iterating organically from there got them where they are today, and it won’t change anytime soon. “We don’t see any reason why that wouldn’t continue to be the case as we grow,” King says.