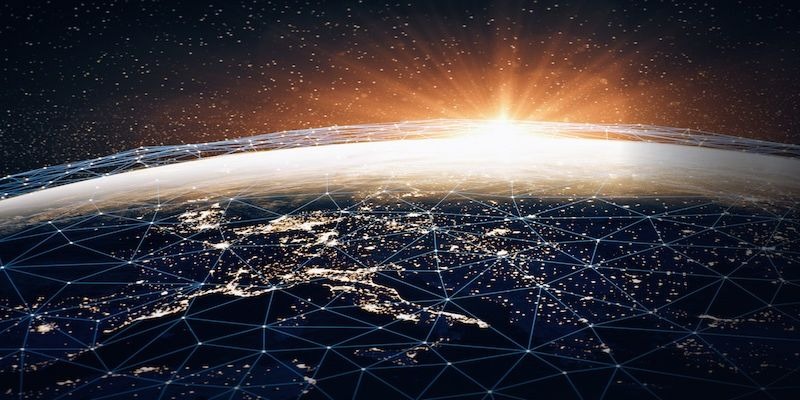 There is no dearth of innovative hackathons these days. However, it’s rare to come across one that puts innovation to a good cause – to find ways to make our cities more sustainable.

Over 2.5 billion more people are expected to live in urban areas by 2050, which means that city streets, highways, and the coordination of traffic movement through them will need to be greatly improved. Technology can play an important role in making cities smarter, and thereby helping cities operate with more efficiency. We are seeing smart city technology starting to emerge around the world, from synchronized traffic controls for tube-riders in London, to mobile phone and smart watch payments.

The Mobility Open Blockchain Initiative (MOBI) was formed to tackle these challenges. MOBI is a global nonprofit organization working to improve mobility using blockchain, distributed ledgers, and related technologies. MOBI and its partners are creating simple ways of identifying vehicles, people, and trips to streamline mobility transactions by promoting secure protocols for vehicle to vehicle (V2V) and vehicle to infrastructure (V2I) communications and payments.

MOBI is actively calling all developers to utilize blockchain and IoT solutions to build out a smart city infrastructure with its hackathon – Citopia challenge. MOBI’s goal with the Citopia challenge is to alleviate problems related to resource sustainability and behavior-reward systems.

The EPA reports that vehicles create 75 percent of carbon monoxide pollution in the U.S. The Environmental Defense Fund (EDF) calculates that on-road vehicles create a third of the air pollution that produces smog in the U.S. The number of cars on the road has steadily increased over time. The increased amount of traffic congestion has significantly degraded air quality and is leading to higher morbidity, for not only travelers, but also people who live in close proximity to high-traffic areas.

Something as simple as improving traffic patterns through the use of data can lessen the amount of gas and dangerous emissions that are produced. Singapore has exemplified that trend.  Despite being a city of nearly six million people, Singapore isn’t known for its traffic congestion. This is thanks to its Intelligent Transport System (ITS)… let’s just say it’s called intelligent for a reason.

The IoT-based system has saved Singaporean residents 60 hours a year that was previously spent waiting in traffic. ITS has the capability to boost tolls and change traffic light length based on time of day and traffic volume. ITS also offers Singaporean motorists’ alternative routes to take during rush hour or times when traffic is high.

In addition to saving citizens time, by keeping more vehicles off the road, ITS slow the city’s rapid rate of natural gas depletion.

Behavior-reward models have been shown to improve behavior of motorists. A mobility-based system that combines data and IoT devices with an incentive model was piloted in three cities across Europe. The system uses mobile sensor IoT devices to classify transportation modes that generate information-dense mobility profiles on drivers. The profiles are then used to build incentive models with the goal of changing the behavior of motorists. Researchers found that they were able to accomplish a level of behavioral shifts amongst motorists. For example, leveraging public transport with a higher frequency or preferring to own an electric vehicle.

Blockchain networks allow decentralized parties to easily interact with one another. They allow multiple parties to transact, execute contracts, and share data in an immutable way, without the need for a trusted central authority. The goal of Citopia challenge is to leverage blockchain technology in creating the first viable, decentralized, ad-hoc network of connected vehicles, IoT, and smart infrastructure that can reliably share data, participate in transactions, coordinate behavior, and improve urban living. Furthermore, connecting employers, schools, universities, and local businesses within the same city-wide network can help provide new ways of rewarding motorists in making environmentally conscious choices. Since blockchain technologies can provide tokenized incentives, it makes it easy for such parties to build reward programs to reduce congestion, pollution, and carbon footprints through the utilization of per-use payment for resources.

In addition to prizes from MOBI, there will be special prizes for participants using Amazon Managed Blockchain for this hackathon. So, hurry, register for the Hackathon and find out more information on Devpost.

Winner Announcements: MOBI will announce the winners of Citopia at the seventh MOBI Colloquium in November, MoCo Los Angeles. At MoCo Los Angeles, Citopia developers have the opportunity to present their projects to representatives from Honda, Toyota, Denso, Ford, the City of Los Angeles, and more.