The fight against breast cancer has made progress over the past two decades, thanks to advances in treatment and screening. But while mortality rates from the disease have fallen for women over 50, they remain frustratingly steady for younger women.

One challenge is that the conventional mammogram doesn’t always catch the disease in younger women and those with dense breast tissue. Ultrasound is a more sensitive technique, but comes with its own issues. “The problem is that ultrasound images are very noisy and difficult to read,” says Rory Wilding, CEO of the Singapore-based startup Onkolyze. The accuracy of detection can vary from 60% to 88%, he says, depending on the radiologist’s level of experience. 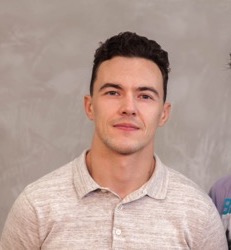 Onkolyze brings heavy-duty computational power to bear on these pictures, leveraging AWS GPUs specifically built for complex machine learning algorithms, to give doctors a new tool for finding breast cancer as early as possible. “The goal isn’t to replace a radiologist, it’s to help them interpret more images,” he says. “They can use it to automatically go through the images, which the algorithm can classify, and then they can spend more time on borderline cases.”

The company was founded by Wilding, who has experience in both biomedical science and product design, and CTO Vivek Sheraton, who holds a PhD in cancer simulations, after they met through the Entrepreneur First accelerator. The team initially chose Google Cloud for their first builds, but migrated to AWS due to its service flexibility and depth of ML offerings for the biotech field.

At the beginning, the Onkolyze team started small with their testing, as getting the first use cases off the ground meant waiting for real-world results to come in from patients. Partnering with AWS meant they only had to pay for the resources they used, saving the early-stage startup time and money.

When they did receive validation from real-world tests and flipped the switch, the servers delivered. “You need heavy computation power, and if you’re waiting for results, it’s basically wasted time,” says Wilding. “If you can run algorithms quicker and you’ve got more computing power available, it means we can run more iterations with our experiments.”

Those efforts are already helping radiologists screen for breast cancer through partnerships with hospitals and universities in places like the United Kingdom, India, and Singapore. But the company isn’t just focused on better cancer screening. Wilding says that the vision for Onkolyze’s technology is to reimagine the entire treatment process—to create a kind of “flight simulator” for oncologists.

Many cancer treatment plans are standardized, using trial and error to apply the most generally effective treatments. Recent research shows that these treatment cycles can be personalized for each patient, but that can be a computationally heavy process.

Onkolyze’s goal is to take information from the biopsy and the “microenvironment” around the tumor, and create a three-dimensional avatar of the tumor with the patient’s specific biological data. From there, doctors can simulate the effects of various chemotherapy regimes, with different dosages, cycles, and sequences.

“We’ll continue to do R&D and basic research using compute power provided by AWS to help improve the chemotherapy treatment process,” says Wilding. “We would like to see a world where someone can go to the doctor and they’re getting the best possible treatment strategy for their cancer.”