The rise of ecommerce has been well documented (just look at the skyrocketing stock of companies like Shopify). What’s sometimes lost in these conversations is the end-to-end coordination needed to support getting items from sellers to buyers. Amazon is well known for commanding its own fleet of vehicles to enable their marketplace around the world, but in some geographies, there is opportunity to define that customer experience—this is where TheLorry operates.

Founded in 2014, the startup has built a logistics platform that connects owners of lorries (similar to a cargo truck), vans, and trucks with customers in need of shipping. From consumers that are looking to clean house and get rid of unwanted goods to enterprises delivering large items like appliances, TheLorry is able to link them up with trucks to efficiently move what is needed. 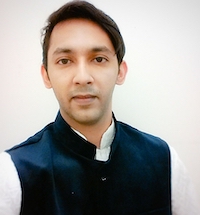 “We have a few business models,” says Waqas Khalid Obeidy, Chief Innovation Officer. “Our B2C arm supports consumers who are moving houses, then we have our TheLorry for Business division that works directly with SMEs that sell large products, such as furniture or dishwashers, to ship them to purchasers. Lastly, we also operate a-less-than-truckload option, where we allow customers to ship just one item, and we piece together those orders into lorries that deliver them within 72 hours.”

A key component for each of the logistics startup’s businesses is route and load optimization—the company needs to know the most efficient way to move deliveries between points A, B, C, and so on down the road. Per Obeidy, this is where his team has had much success in leveraging AWS.

“When we started the company, the process was all manual. We’d take items to a warehouse and sort them by hand depending on where they’re headed. Drivers would then take what they can carry for each region. That would mean some of your packages might get delivered in one truck, while another comes later in another truck.”

To solve this, Obeidy and his team set out to build an AI-based SaaS service that could be applied to all three of their business units, improving route planning and, as a result, offering a better customer experience across the board. The results have been extremely promising, per Obeidy.

“We took a containerized approach in concert with AWS Lambda and Amazon ECS, making it as easily manageable and scalable. Each delivery has data points, like size, weight, or destination logged, which are then ingested by our system to optimize truck loading and route management. The results have been very promising, with the team seeing approximately 55% improvement in operational efficiency. For the drivers, this means less costs, less travel, more jobs. For the customer, this means we’re able to provide a faster and more reliable experience. For us, this means efficient operations, satisfied customers and a clean carbon-free environment”

This operational efficiency is much needed and timely, as the company saw a huge spike in business as a result of the COVID pandemic. TheLorry recorded roughly 15,000 items delivered in January of 2020—that number is now well over 130,000 each month and growing.

Obeidy and team’s optimization model was initially launched with the company’s operations in its hometown of Kuala Lumpur, but there are plans to further scale across all the cities the startup operates in across Southeast Asia. With massive growth and roughly $7.4 million in venture funding, TheLorry looks well positioned to continue bringing its customers what they need, when they need it.