We’ve been working to add IPv6 support to many different parts of AWS over the last couple of years, starting with Elastic Load Balancing, AWS IoT Core, AWS Direct Connect, Amazon Route 53, Amazon CloudFront, AWS Web Application Firewall, and S3 Transfer Acceleration, all building up to last month’s announcement of IPv6 support for EC2 instances in Virtual Private Clouds (initially available for use in the US East (Ohio) Region).

Today I am happy to share the news that IPv6 support for EC2 instances in VPCs is now available in a total of fifteen regions, along with Application Load Balancer support for IPv6 in nine of those regions.

You can enable IPv6 from the AWS Management Console when you create a new VPC: 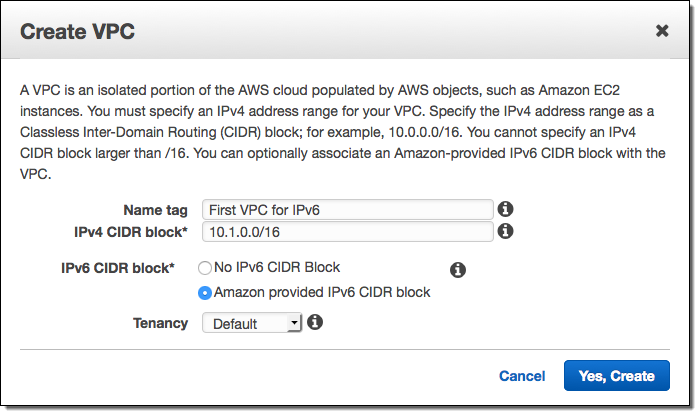 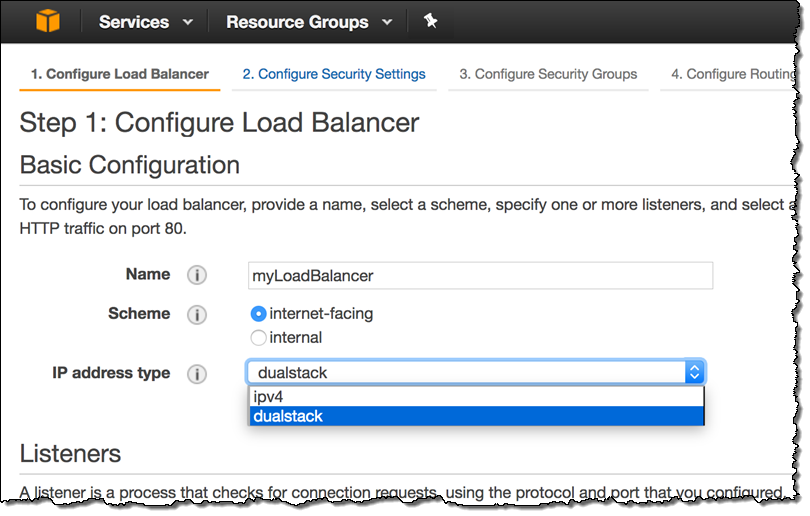 You can also enable this option by running the set-ip-address-type command or by making a call to the SetIpAddressType function. To learn more about this new feature, read the Load Balancer Address Type documentation.

IPv6 Recap
Here are the IPv6 launches that we made in the run-up to the launch of IPv6 support for EC2 instances in VPCs:

CloudFront, WAF, and S3 Transfer Acceleration – This launch let you enable IPv6 support for individual CloudFront distributions. Newly created distributions supported IPv6 by default and existing distributions could be upgraded with a couple of clicks (if you using Route 53 alias records, you also need to add an AAAA record to the domain). With IPv6 support enabled, the new addresses will show up in the CloudFront Access Logs. The launch also let you use AWS Web Application Firewall to inspect requests that arrive via IPv4 or IPv6 addresses and to use a new, dual-stack endpoint for S3 Transfer Acceleration.

S3 – This launch added support for access to S3 buckets via dual-stack endpoints.