In October, 2018, we introduced Amazon Corretto, an open source, no-cost, multi-platform, production-ready distribution of the Open Java Development Kit (OpenJDK). At launch, we were focused on creating a high-quality, long-term supported distribution, with a few performance improvements. Today, we are pleased to release a major performance improvement feature: the Amazon Corretto Crypto Provider (ACCP).

Historically, Java cryptography has been slow and CPU-intensive. This affects us directly, as well as our customers, because Amazon operates some of the world’s largest Java services. Over years of production use, we have observed that cryptographic operations in Java caused significant CPU usage, throughput bottlenecks, and elevated operational cost. To solve these problems, we developed ACCP, then implemented, debugged, and have been tuning its performance in our own most critical production environments since 2017. We have updated dozens of cryptographic algorithms, enabling us to accelerate many different cryptographic workloads.

You can now enjoy this performance optimization in your own environments: with ACCP, we are introducing another supported distribution, ready for production use for JDK 8 and 11. The performance gains you might see will vary by algorithm and workload, but in benchmarking and live production use we have commonly seen service throughput improvements in excess of 25%. In general, slower algorithms and larger data sets will benefit the most from ACCP; as just one example, the AES-GCM algorithm with ACCP is over 28x faster than AES-GCM without ACCP.

What exactly is ACCP?

ACCP implements the standard Java Cryptography Architecture (JCA) interfaces and replaces the default Java cryptographic implementations with those provided by libcrypto from the OpenSSL project. ACCP allows you to take full advantage of assembly-level and CPU-level performance tuning, to gain significant cost reduction, latency reduction, and higher throughput across multiple services and products, as shown in the examples below.

One AWS service that terminates TLS at the host level dramatically reduced its CPU utilization; in the graph below, you can see the difference before and after deploying ACCP. 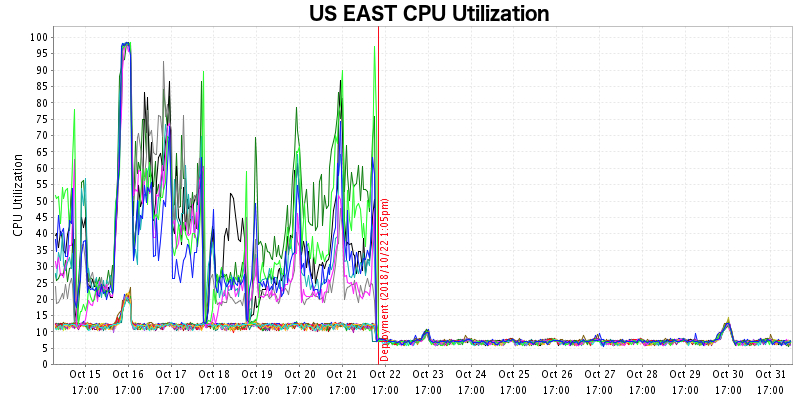 After implementing ACCP, another service reported a drop in peak CPU usage from ~66% to ~55%: 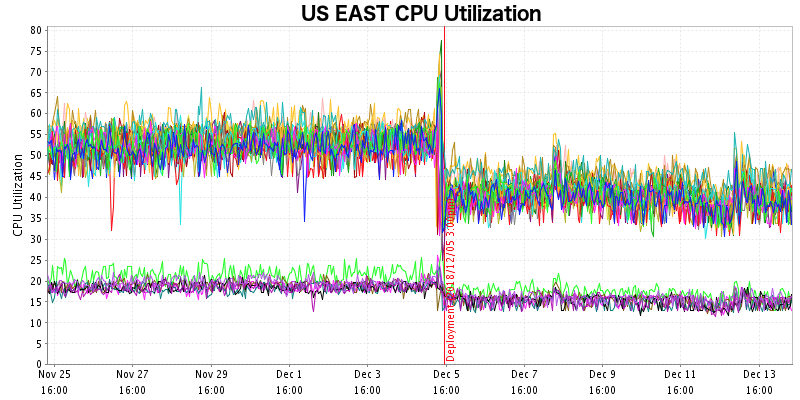 Another service reported a 40% reduction in fleet cost. Yet another increased its capacity by 32%.

How do I start using ACCP?

We have released ACCP as a standalone Maven package that works with any JDK that supports the JCA.

Here is an example Maven config:

Add this line to your initialization code:

Or, alternatively, add the following Java property to your programs command line:

For other integrations, including those that require no code changes, see the Amazon Corretto Crypto Provider readme.

We plan to integrate ACCP with Corretto so you’ll be able to skip installing the package, and just enable ACCP in your code or in configuration. Once that step is done, we will monitor customer feedback to decide whether we want to turn it on by default.

Please try out ACCP, participate in its development, and let us know what you think on on the Amazon Corretto Crypto Provider repo.