This release of MySQL offers a number of performance, scalability, and security enhancements. Here are some of the most important and relevant ones:

Launching a Database Instance
As always, you can launch these instances from the AWS Management Console, AWS Command Line Interface (CLI), AWS Tools for Windows PowerShell, the RDS API (CreateDBInstance), or via a CloudFormation template. Here’s how you launch a database instance from the Console: 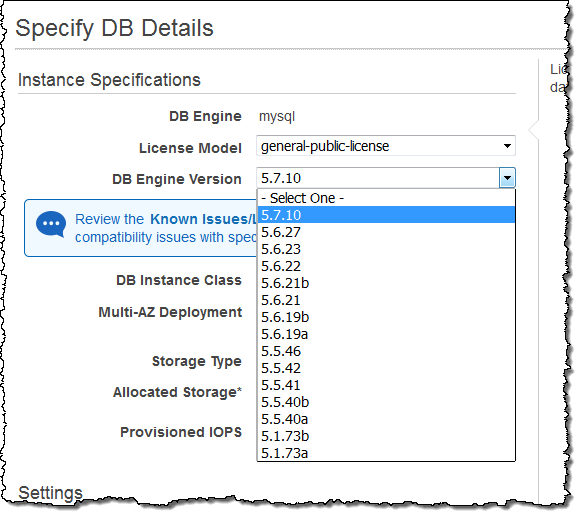 After I launched my instance, I edited its security group to include the public IP address of one of my EC2 instances. Then I connected with it in the usual way:

Then I took a quick look at the new Performance Schema: 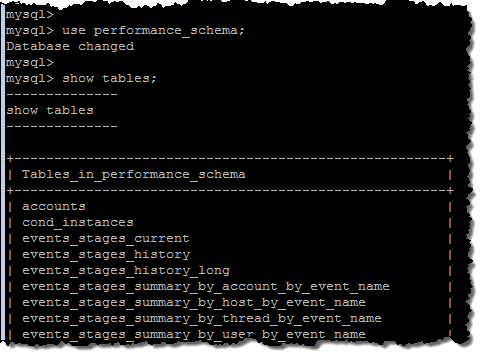 Time was kind of tight and my MySQL is kind of rusty so I didn’t have a chance to exercise any of the new features. I’ll leave that up to you!

PS – Many of you have asked about an in-place upgrade from version 5.6 to version 5.7. I checked with the development team and they confirmed that this is in the works. They did want to make version 5.7 available as quickly as possible, and recommended two upgrade options that you can use now: dump and reload, or read replicas.