Last year, we introduced the general availability of AWS Application Migration Service that simplifies and expedites your migration to AWS by automatically converting your source servers from physical, virtual, or cloud infrastructure to run natively on AWS. Since the GA launch, we have made improvements, adding features such as agentless replication, MAP 2.0 auto-tagging and support for optional post-launch modernization actions.

Today we announce three major updates of Application Migration Service to support your migration projects of any size:

Let’s dive deep into each launch!

New Migration Servers Grouping – Applications and Waves
Customers have clusters of servers that comprise an application, with dependencies between them. The servers within an application share the same configurations, such as network, security policies, etc. Customers want to migrate complete applications and services, as well as set up and configure the application environment.

We introduce the new concept of “application,” representing a group of servers, and you can manage the migration of an application.

You can track and monitor the status of application migration and data replication within the migration lifecycle from source servers. 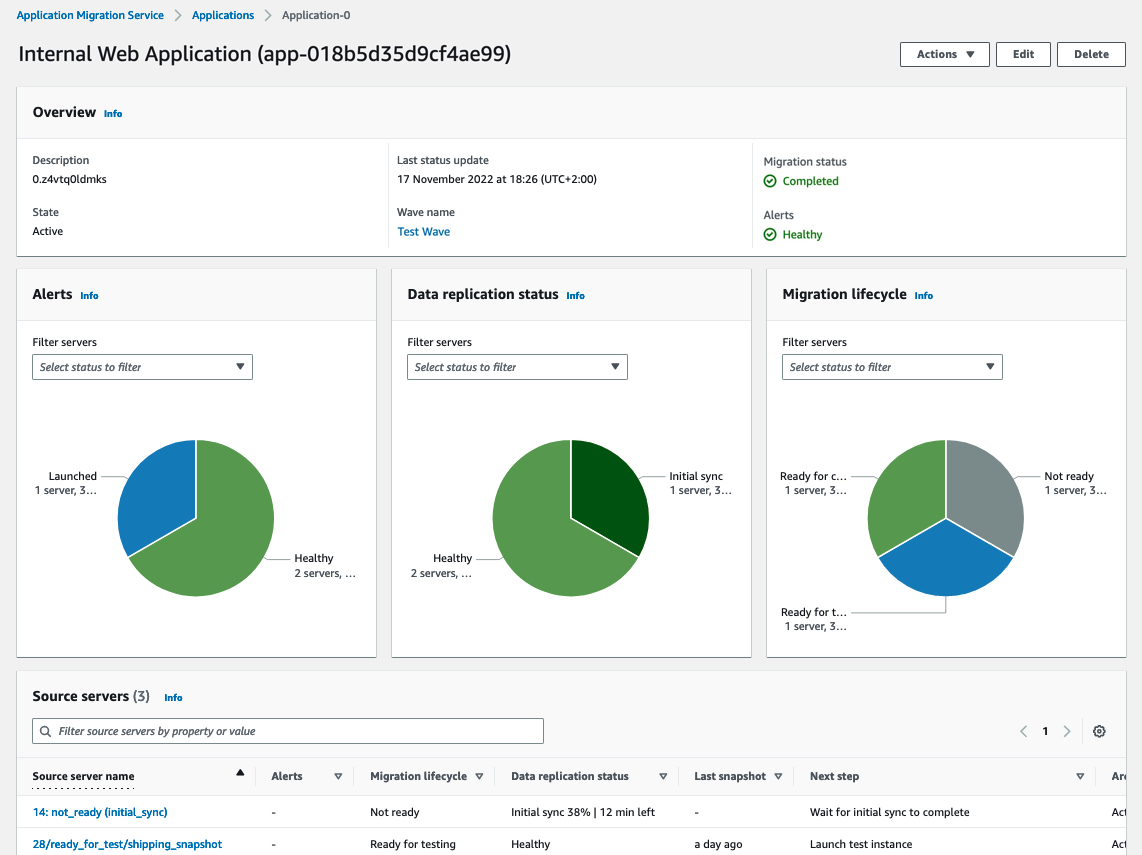 We introduce the new concept of “wave,” assisting customers in building their migration plan, as well as executing and monitoring it. 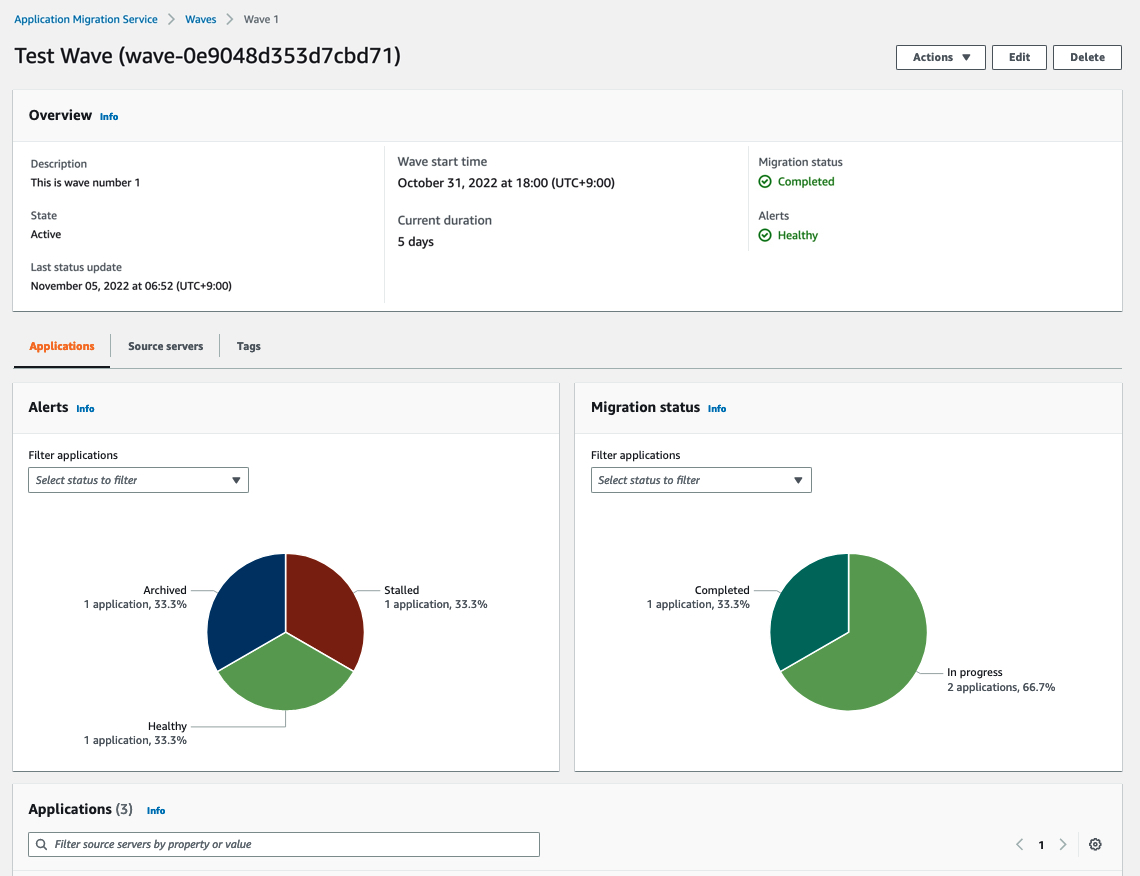 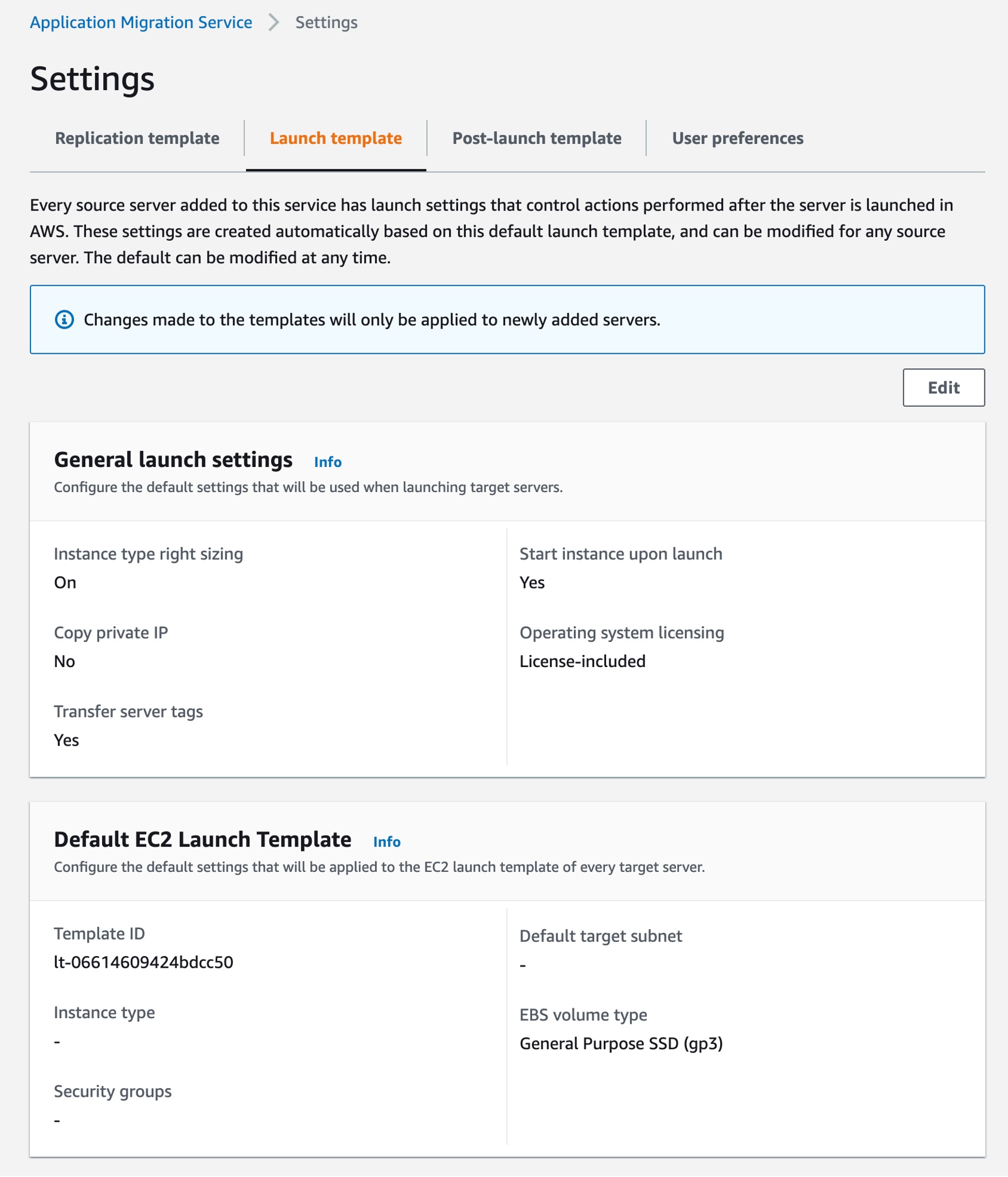 Here are default settings that will be used when launching target servers:

Also, you can configure the default settings that will be applied to the EC2 launch template of every target server, such as default target subnet, additional security groups, default instance type, Amazon Elastic Block Store (Amazon EBS) volume type, IOPS, and throughput to associate with all instances launched by this service.

We added a new option to configure custom actions in the post-launch template. You can associate any AWS Systems Manager and its action parameters. It also includes the order in which the actions will be executed and the source server’s operating systems for which the custom action can be configured. 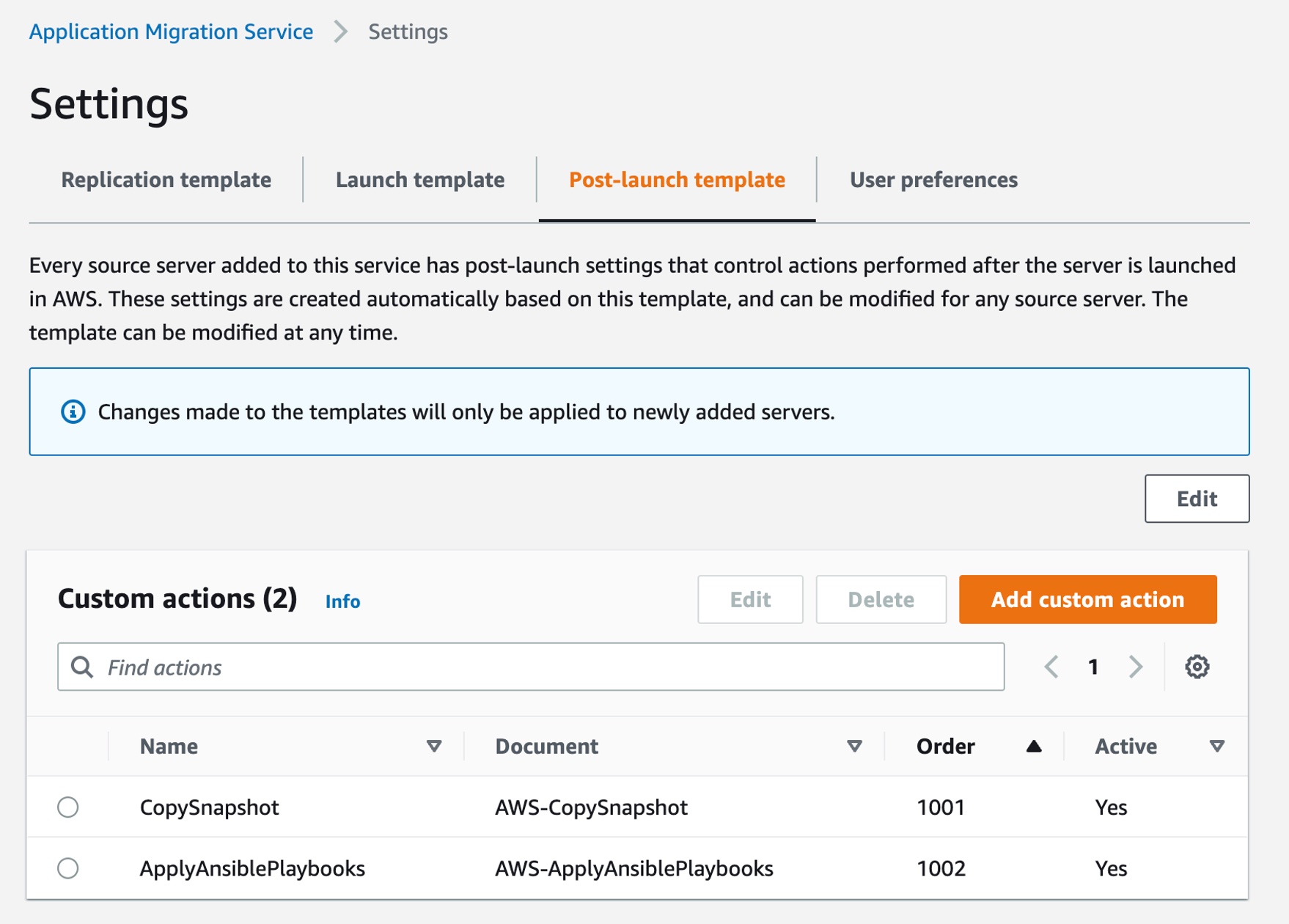 Choose Add custom action to make a new post-launch custom action. For example, the AWS-CopySnapshot, one of Systems Manager Automation’s runbooks, copies a point-in-time snapshot of an EBS volume. You can copy the snapshot within the same AWS Region or from one Region to another.

In the Action parameters, you can assign SnapshotId and SourceRegion to run the AWS Systems Manager CopySnapshot runbook.

You can create your own Systems Manager document to define the actions that Systems Manager performs on your managed instances. Systems Manager offers more than 100 preconfigured documents that you can use by specifying parameters as the post-launch actions. To learn more, see AWS Systems Manager Automation runbook reference in the AWS documentation.

Now Available
The new migration servers grouping, updates on the launch, and post-launch template are available now, and you can start using them today in all Regions where AWS Application Migration Service is supported.