ElastiCache for Redis Update – Upgrade Engines and Scale Up

Amazon ElastiCache makes it easy for you to deploy, operate, and scale an in-memory database in the cloud. As you may already know, ElastiCache supports the Memcached and Redis engines.

Behind the scenes, ElastiCache for Redis uses several different strategies to scale up and to upgrade engines. Scaling is based on Redis replication. Engine upgrades use a foreground snapshot (SAVE) when Multi-AZ is turned off, and replication followed by a DNS switch when it is on. 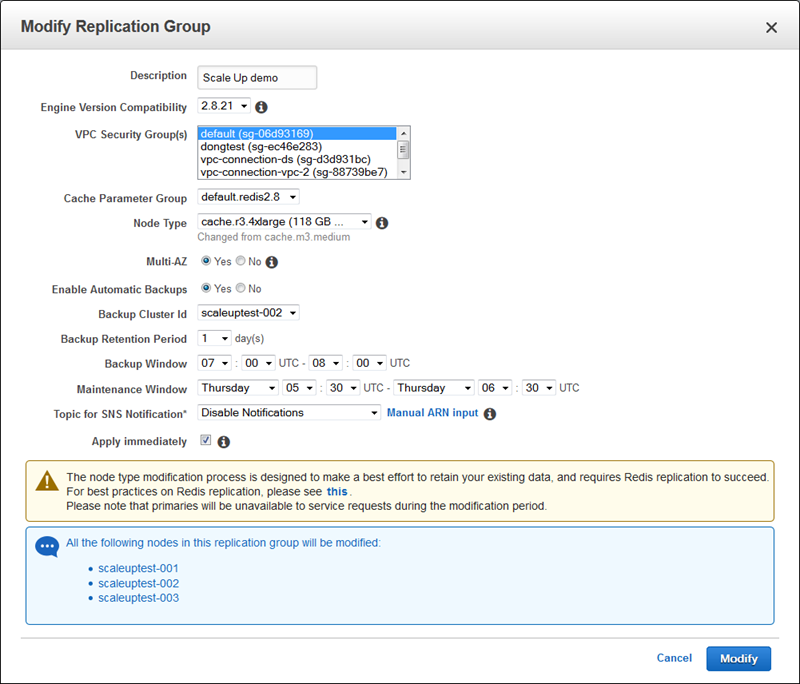 Similarly, to upgrade to a newer version of the Redis engine, select the new version and click on Modify: 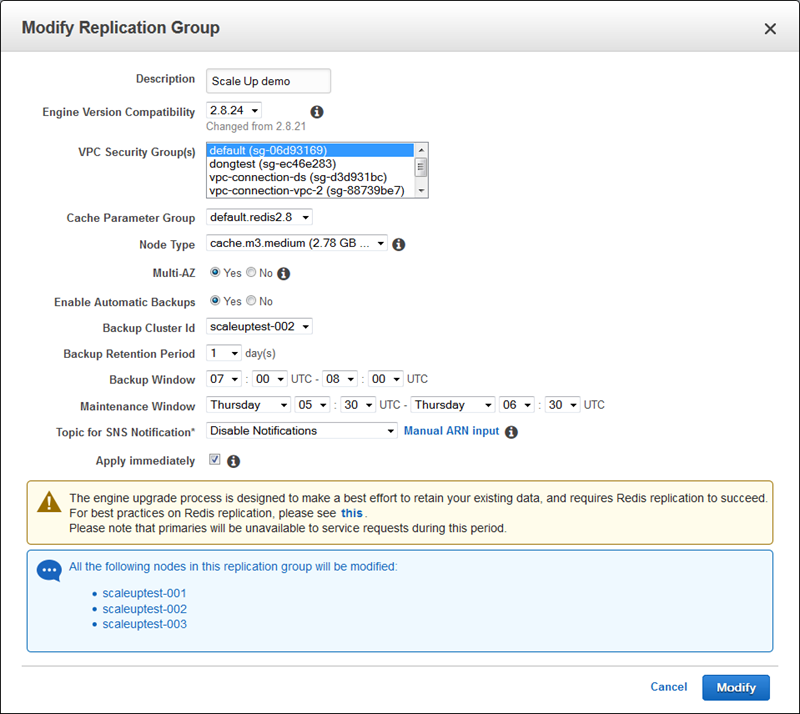 I would like to take this opportunity to encourage you to upgrade to the engine that is compatible with version 2.8.24 of Redis. This version contains a number of fixes and enhancements to Redis’ stability and robustness (some contributed by the ElastiCache team; see the What’s New for more information).

You can, as always, accomplish the same operations by way of the ElastiCache API.  Here are some quick examples in PHP (via the AWS SDK for PHP):

In all three of these examples, the ApplyImmediately parameter indicates that the changes will be made right away rather than during the maintenance window.

Available Now
This feature is available now and you  can start using it today!