In honor of today’s Facebook Developer Conference, I’d like to recognize the success of our existing Facebook app developers and invite even more developers to kick-start their next Facebook app project with Amazon Web Services.

Quick Numbers
We crunched some numbers and found out that 70% of the 50 most popular Facebook apps leverage one or more AWS services. Many of their developers rely on AWS to provide them with compute, network, storage, database and messaging services on a pay-as-you-go basis. In addition to Zyngas popular FarmVille and CafeWorld, or games from Playfish and Wooga, many of the most exciting and popular Facebook apps are also running on AWS.

Here are a few examples: 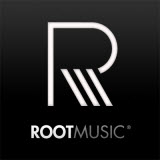 RootMusic’s BandPage app (currently the #1 Music App on Facebook, and #8 overall app on Facebook) helps bands and musicians build fan pages that will attract and hold the interest of an audience. RootMusic enables artists to tap into the passion their fans feel for their art and keep them engaged with an interactive experience. More than 250,000 bands of all shapes and sizes, from Rihanna and Arctic Monkeys, to bands you haven’t heard of yet but may soon discover, have already made RootMusics BandPage their central online space for connecting with their fans. Artists use it to share music, release special edition songs/albums here, share photos, and list events/shows. BandPage now supports 30 million monthly active users from all over the world. Behind all the capabilities that ignite BandPages music fan communities lies a well-thought out, highly-distributed and highly-scalable backend, powered by Amazon Web Services:

“In 20 seconds, we can double our server capacity. In a high-growth environment like ours, it’s very important for us to trust that we have the best support to give to the music community around the world. Five years ago, we would have crashed and been down without knowing when we would be back. Now, because of Amazons continued innovation, we can provide the best technology and scale to serve music communities needs around the world, Christopher Tholen, RootMusic CTO.

Funzio‘s Crime City is #7 in the top 10 Facebook apps, and its the highest rated Facebook game to reach 1 million daily users with an average user rating of 4.9 out of 5. Crime City currently has 5.5 million monthly active users, with 10 million monthly active users at its peak. The iPhone version was recently listed among the top 5 games in the Apple Appstore and #1 free game in 11 countries and counting. Crime City sports modern, 3D-like graphics that look great on both Facebook and iPhone, and has a collection of hundreds of virtual items that players can collect.

Powering this incredibly rich user experience across multiple platforms is their business acumen in promoting the app, as well as a strong backend that leverages many AWS products to serve their viral and highly active user base. Funzio uses Amazon EC2 to quickly scale up and down based on demand, Amazon RDS to store game and current state information. They use Amazon CloudFront to optimize the delivery to a global, widely-distributed audience and to meet Facebook’s SSL certificate requirements.

“At Funzio, we use AWS exclusively to host the infrastructure for our games. When developing social games, you need to be ready for that traffic burst for a hit game in a moment’s notice. AWS provides us with the flexibility to quickly and efficiently scale our applications at all layers, from increasing database capacity in RDS, to adding more application or caching servers within minutes in EC2. Amazon’s cloud services allow us to focus our efforts on developing quality games and not on worrying about managing our technology operations. – Ram Gudavalli, Funzio CTO.

50Cubes, the creator of Mall World, is a startup that has developed one of the most highly-regarded and longer-running successful female focused social game on Facebook. With over 5 million monthly active users, Mall World has a track record of being not only one of the first but also the top game of its kind for the past 1.5 years and continues to entice users world-wide.

50Cubes powers Mall World and other games they developed with a suite of AWS products. Out of these, they value the Amazon Auto-scaling and EBS features the most these products helps them effortlessly scale up and down their exclusive use of Amazon EC2 instances with user demand. Their database clusters are a mix of MySQL and other key value storage databases, all hosted and managed by the team on Amazon EC2 using EBS for Cloud Storage.

“One thing that impresses me the most about AWS services is that they have rapidly iterated and improved their products and services over the past year and half, executing almost like a startup of our scale.” – Fred Jin, 50cubes CTO.

AWS is great for Facebook developers you can start small, test and prove your ideas. As your app grows, you can easily scale up your resources to keep your users engaged and connected. AWS allows developers to build highly-available, highly-scalable, cost-efficient apps that provide the type of rich and responsive user experiences that our global audience has grown to expect.

To make it as easy as possible for you to get started, we’ve updated our Building Facebook Apps on AWS page. We have also improved and refreshed our Facebook App AMI. The new AMI uses AWS CloudFormation to install the latest versions of the Facebook PHP SDK and the AWS SDK for PHP at startup time. If you want to learn more about developing AWS applications in PHP, feel free to check out the free chapters of my AWS programming book (or buy a complete copy).