I told you about the new AWS Application Load Balancer last year and showed you how to use it to do implement Layer 7 (application) routing to EC2 instances and to microservices running in containers.

Some of our customers are building hybrid applications as part of a longer-term move to AWS. These customers have told us that they would like to use a single Application Load Balancer to spread traffic across a combination of existing on-premises resources and new resources running in the AWS Cloud. Other customers would like to spread traffic to web or database servers that are scattered across two or more Virtual Private Clouds (VPCs), host multiple services on the same instance with distinct IP addresses but a common port number, and to offer support for IP-based virtual hosting for clients that do not support Server Name Indication (SNI). Another group of customers would like to host multiple instances of a service on the same instance (perhaps within containers), while using multiple interfaces and security groups to implement fine-grained access control.

These situations arise within a broad set of hybrid, migration, disaster recovery, and on-premises use cases and scenarios.

Route to IP Addresses
In order to address these use cases, Application Load Balancers can now route traffic directly to IP addresses. These addresses can be in the same VPC as the ALB, a peer VPC in the same region, on an EC2 instance connected to a VPC by way of ClassicLink, or on on-premises resources at the other end of a VPN connection or AWS Direct Connect connection.

instance – Targets are registered by way of EC2 instance IDs, as before.

Each target group has a load balancer and health check configuration, and publishes metrics to CloudWatch, as has always been the case.

Creating a Target Group
Here’s how I create a target group that sends traffic to some IP addresses as part of the process of creating an Application Load Balancer. I enter a name (ip-target-1) and select ip as the Target type: 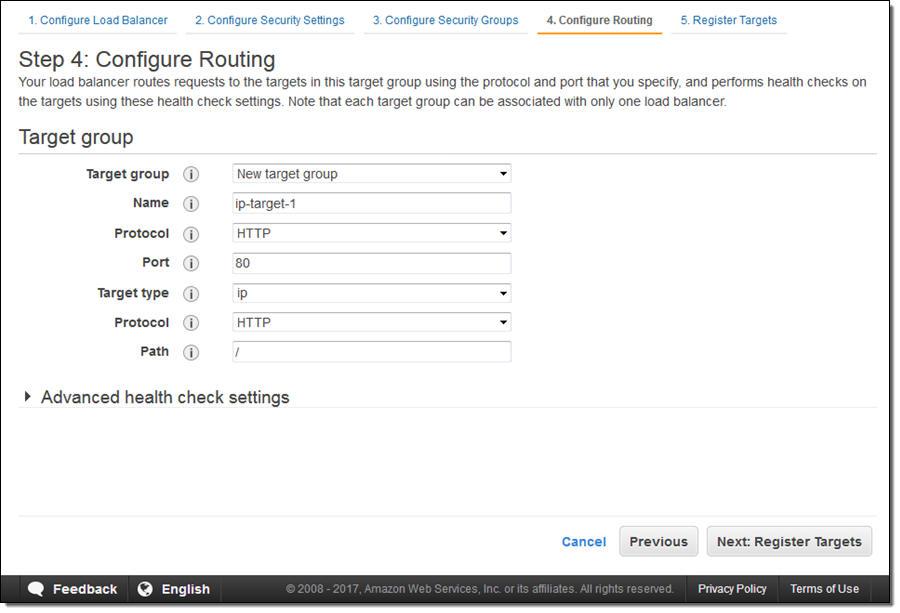 Then I enter IP address targets. These can be from the VPC that hosts the load balancer: 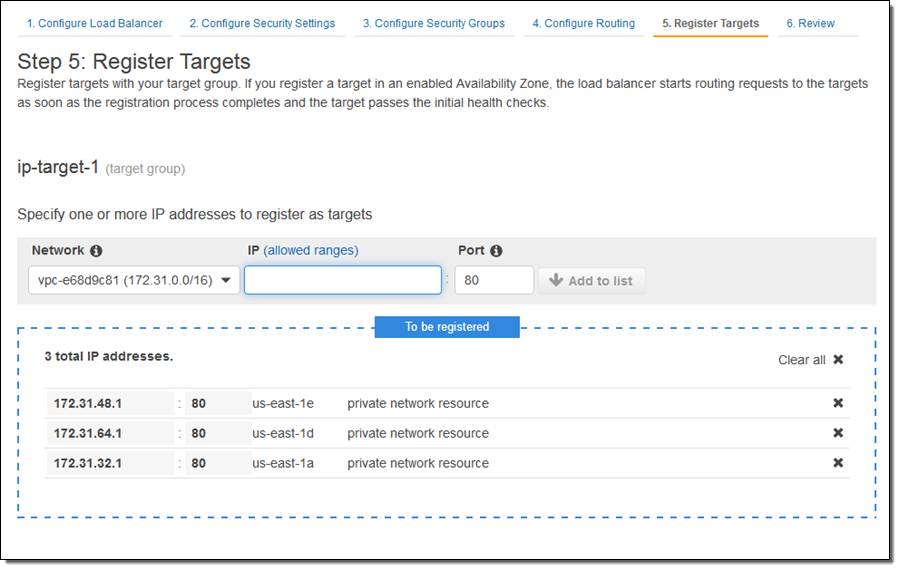 Or they can be other private IP addresses within one of the private ranges listed above, for targets outside of the VPC that hosts the load balancer: 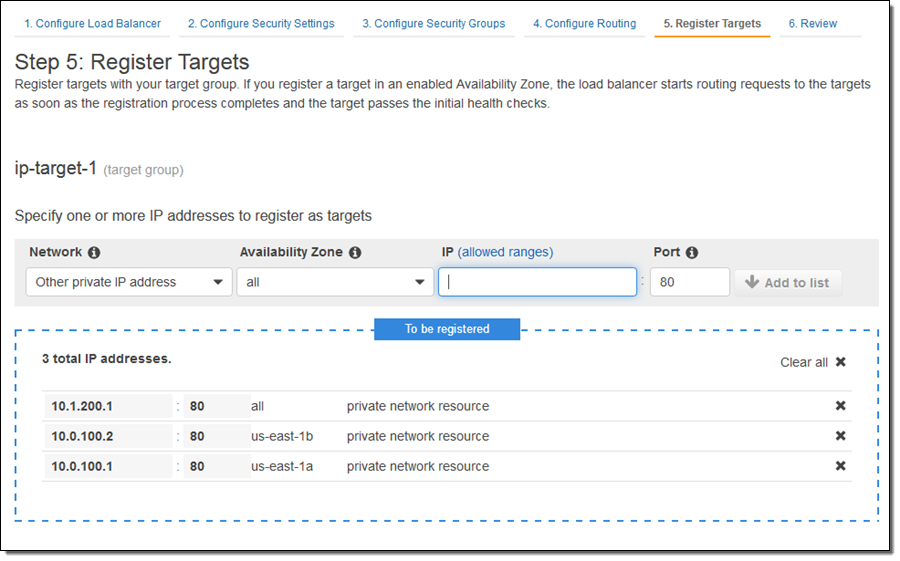 After I review the settings and create the load balancer, traffic will be sent to the designated IP addresses as soon as they pass the health checks. Each load balancer can accommodate up to 1000 targets.

I can examine my target group and edit the set of targets at any time: 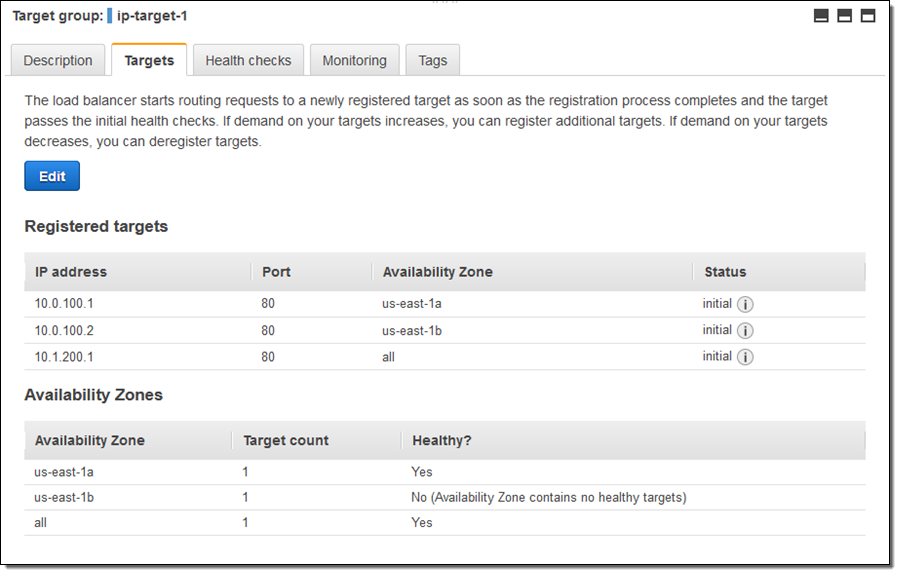 As you can see, one of my targets was not healthy when I took this screen shot (this was by design). Metrics are published to CloudWatch for each target group; I can see them in the Console and I can create CloudWatch Alarms:

Available Now
This feature is available now and you can start using it today in all AWS Regions.