Presto is an open-source distributed SQL query engine for running interactive analytic queries against data sources of all sizes ranging from gigabytes to petabytes. Presto was designed and written from the ground up for interactive analytics, and approaches the speed of commercial data warehouses while scaling to the size of organizations like Facebook. Running Presto on Amazon EMR is a popular choice because Amazon EMR provides the latest, stable, open-source community Presto innovations and Amazon EMR platform-level optimizations for Presto workloads. 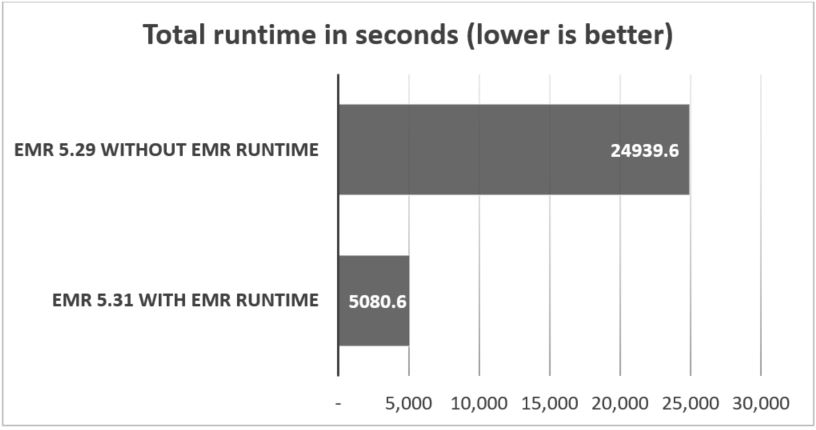 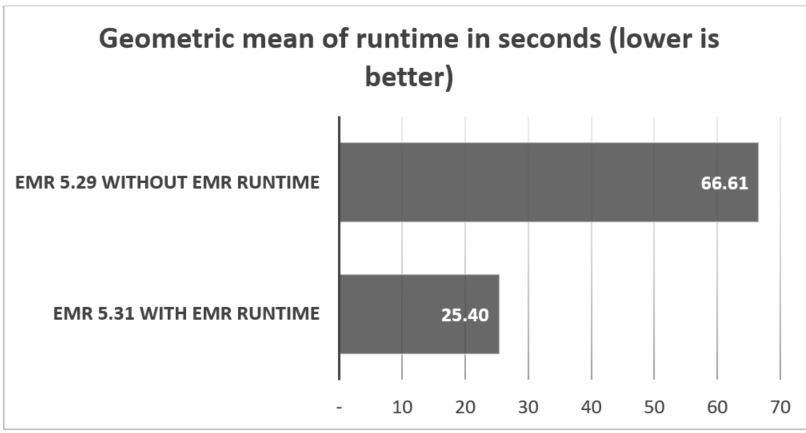 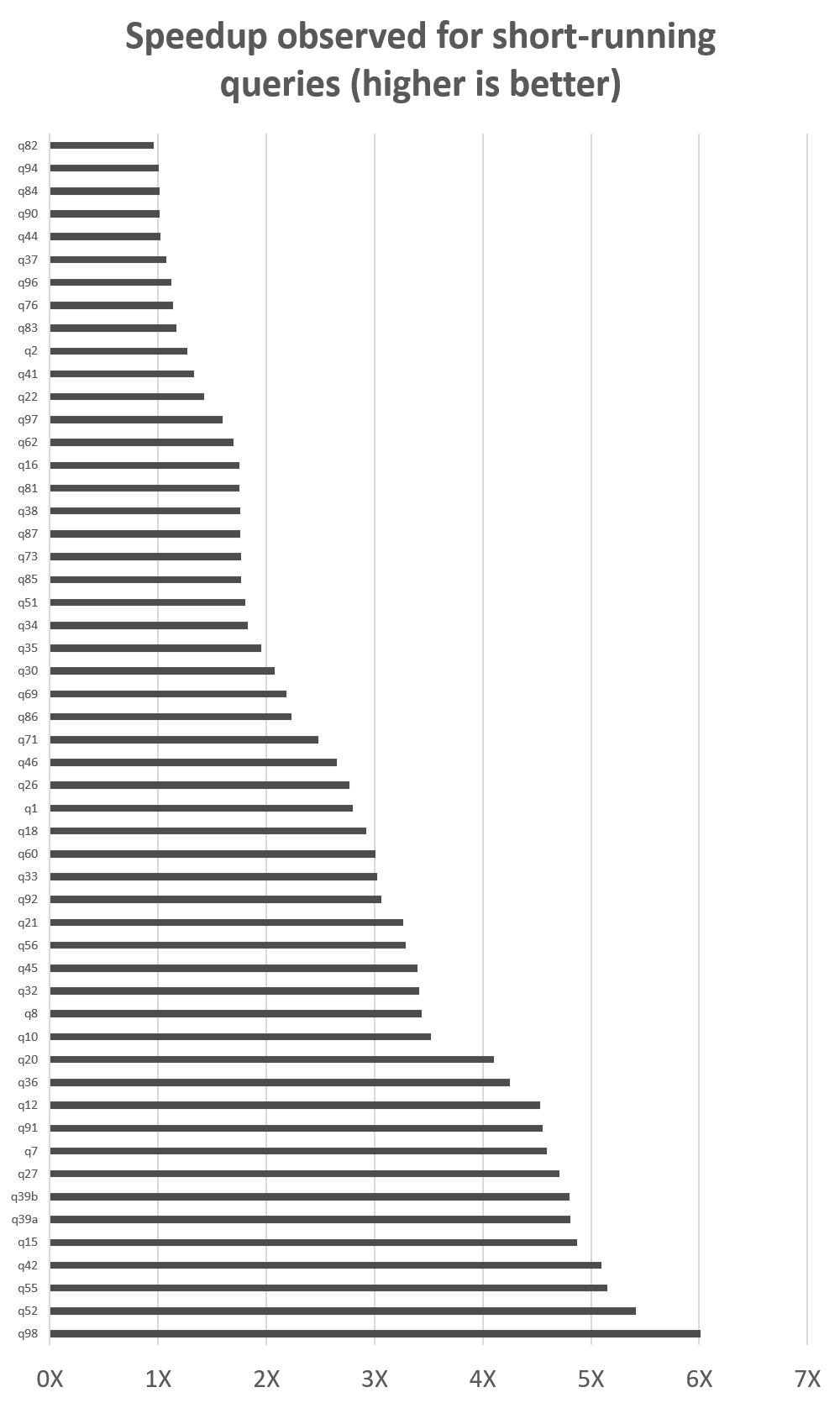 The following graph shows the performance improvements in Amazon EMR 5.31 with EMR runtime compared to Amazon EMR 5.29 without EMR runtime for long-running queries (running for more than 60 seconds, and excluding query 72, which has a speedup of over 400 times, and is shown in a separate graph). Again, the higher numbers are better. 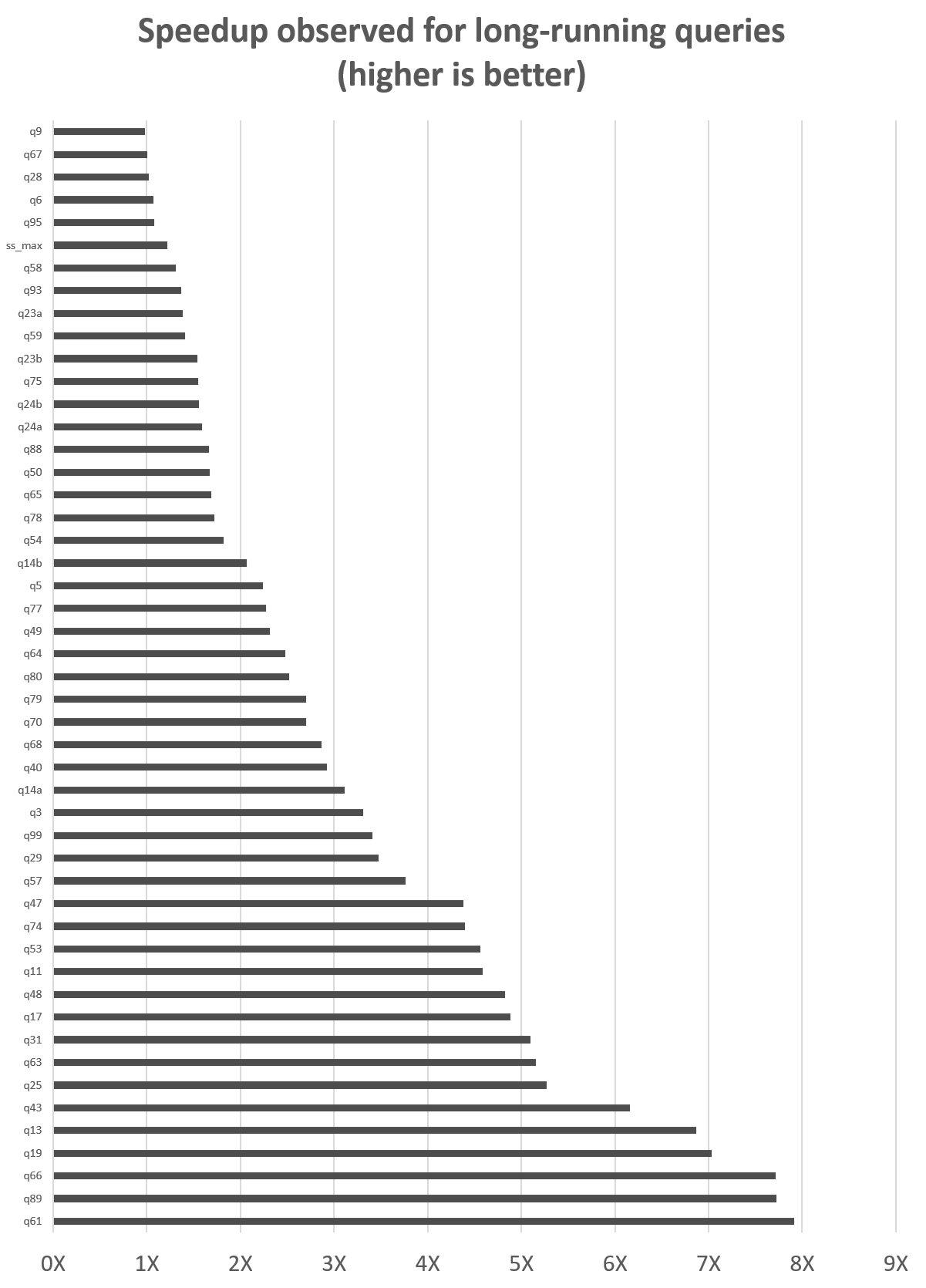 With every new release of Amazon EMR, you benefit from better query performance. To keep up to date, subscribe to the AWS Big Data blog’s RSS feed to learn about more Presto optimizations, configuration best practices, and tuning advice.

Al MS is a product manager for Amazon EMR at Amazon Web Services.

Peter Gvozdjak is a senior engineering manager for EMR at Amazon Web Services.