Amazon OpenSearch Service is a fully managed service at AWS for OpenSearch. It’s an open-source search and analytics suite used for a broad set of use cases, like real-time application monitoring, log analytics, and website search.

The AWS Graviton2 instance family includes several new performance optimizations, such as larger caches per core, higher Amazon Elastic Block Store (Amazon EBS) throughput than comparable x86 instances, fully encrypted RAM, and many others. You can benefit from these optimizations with minimal effort by provisioning or migrating your OpenSearch Service instances today.

The dataset contained 2,000 documents with a flat document structure. Each document had 20 fields: 1 date field, 16 text fields, 1 float field, and 2 long fields. Documents were generated on the fly using random samples so that the corpus was infinite.

For ingestion, we used a load generation host where each bulk request had a 4 MB payload (approximately 2,048 documents per request) and nine clients.

We ran 60 minutes of burn-in time followed by 3 hours of 90/10 ingest to query workloads with a mix of 20% low-latency, 50% medium-latency, and 30% high-latency queries. The amount of load sent to the clusters was identical. 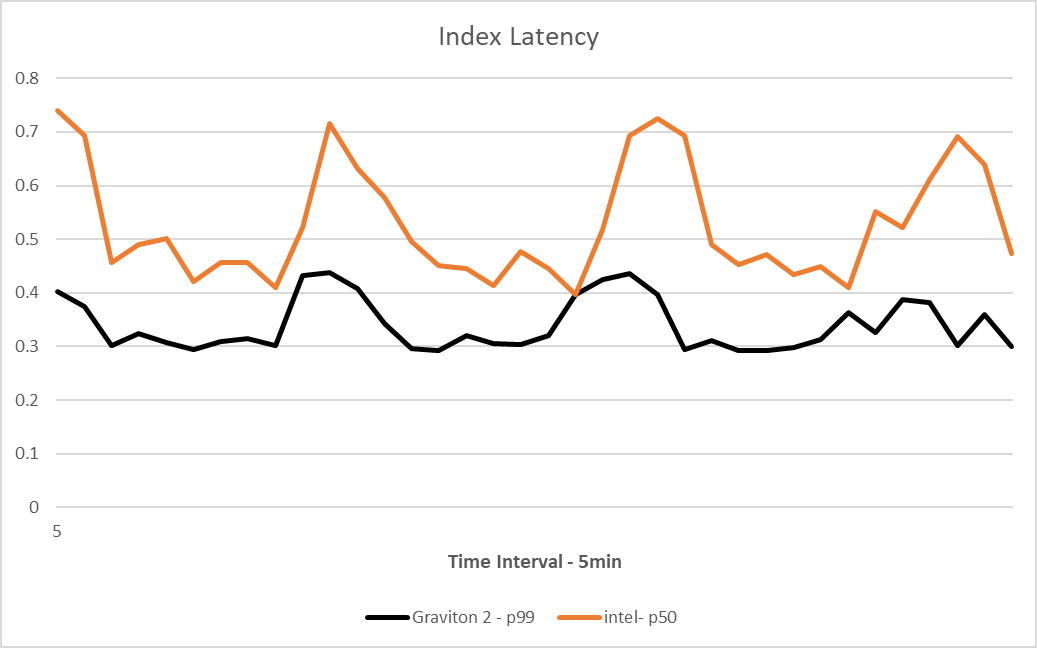 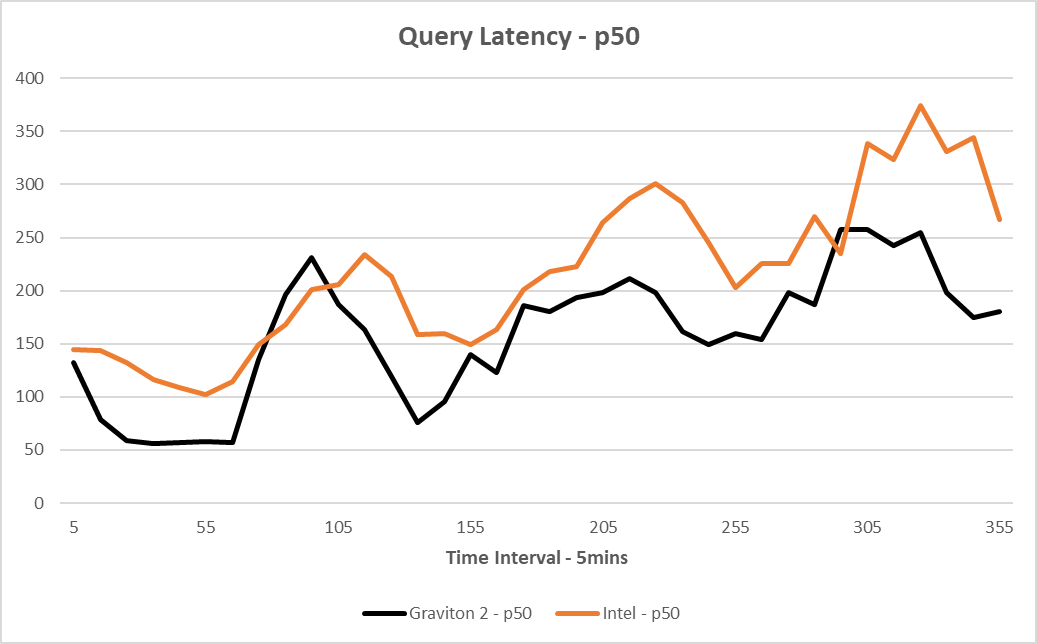 Similarly, the p99 latency of AWS Graviton2 is better than that of the intel-based instances. Note in the following graph that the increase in latency over time is due to the growing corpus size. 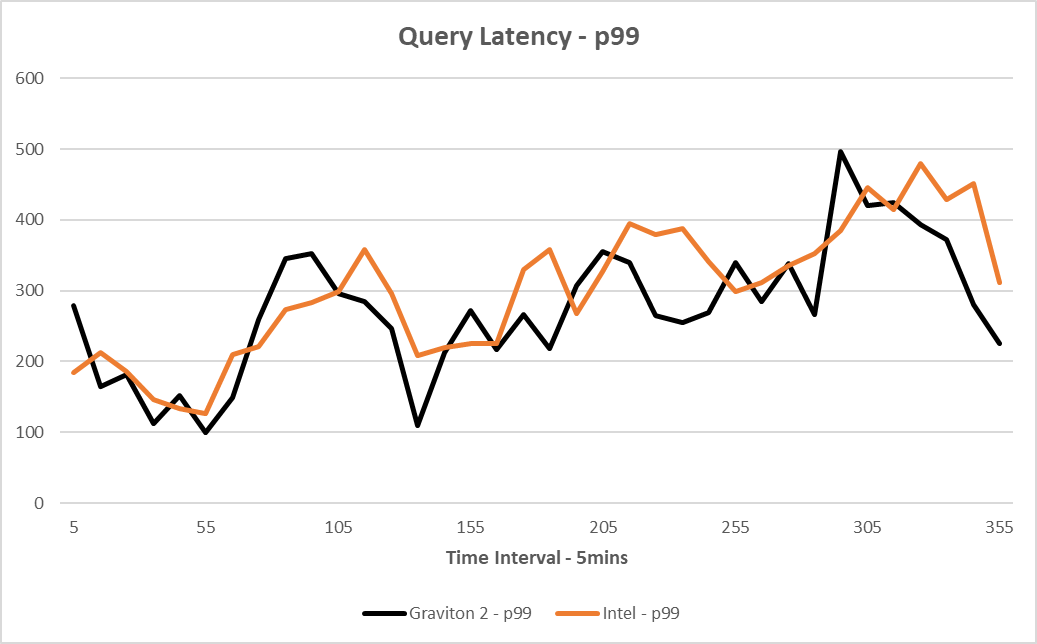 As usual, let us know your feedback.

Rohin Bhargava is a Sr. Product Manager with the Amazon OpenSearch Service team. His passion at AWS is to help customers find the correct mix of AWS services to achieve success for their business goals.