Maintaining Transport Layer Security All the Way to Your Container: Using the Network Load Balancer with Amazon ECS

Some systems or applications require Transport Layer Security (TLS) traffic from the client all the way through to the Docker container, without offloading or terminating certificates at a load balancer. Some highly time-sensitive services may require communication over TLS without any decryption and re-encryption in the communication path.

There are multiple options for this type of implementation on AWS. One option is to use a service discovery tool to implement the requirements, but that creates overhead from an implementation and management perspective. In this post, I examine the option of using Amazon Elastic Container Service (Amazon ECS) with a Network Load Balancer.

Amazon ECS is a highly scalable, high-performance service for running Docker containers on AWS. It is integrated with each of the Elastic Load Balancing load balancers offered by AWS:

The Network Load Balancer is the best option for managing secure traffic as it provides support for TCP traffic pass through, without decrypting and then re-encrypting the traffic. Additionally, the Network Load Balancer supports target groups, which means port mapping can be used, as well as configuring the load balancer as part of the task definition for the containers.

The diagram below shows a high-level architecture with TLS traffic coming from the internet that passes through the VPC to the Network Load Balancer, then to a container without offloading or terminating the certificate in the path. 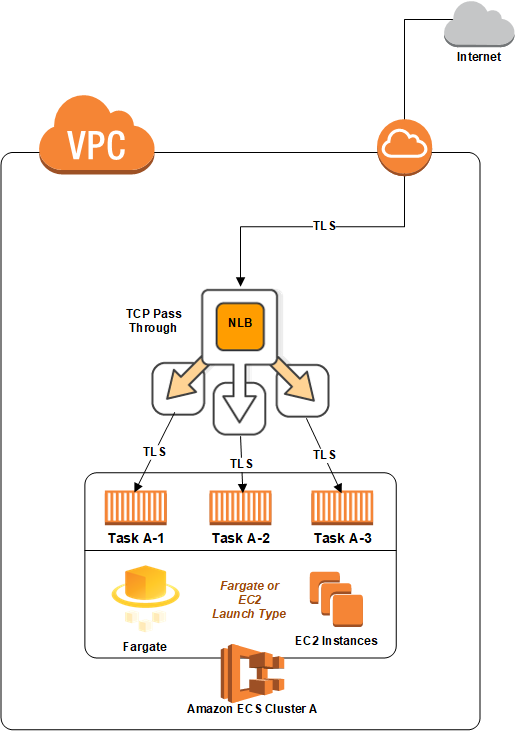 In this diagram, there are three containers running in an ECS cluster. The ECS cluster can be either the EC2 or Fargate launch type. 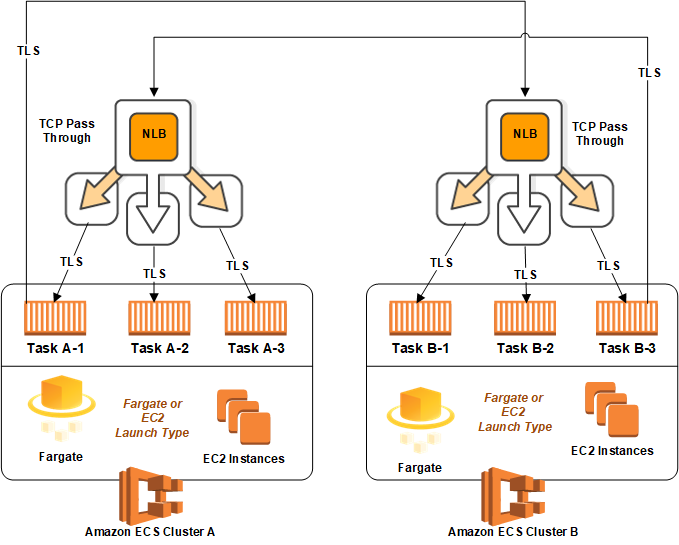 In this architecture, the containers in each of the clusters can reference the other containers securely via the Network Load Balancer without terminating or offloading the certificates until it reaches the destination container.

This approach addresses the requirements where containers need to communicate securely whether they are deployed in one VPC, across VPCs, or in separate AWS accounts. 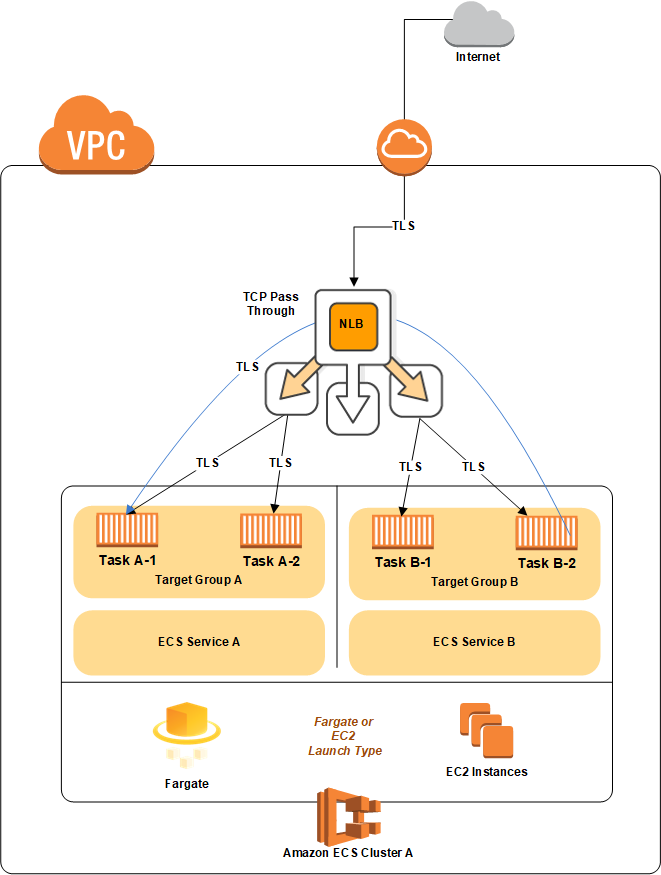 The architectures in this post show how the Network Load Balancer integrates seamlessly with ECS and other AWS services, providing end-to-end TLS communication across services without offloading or terminating the certificates. This gives you the ability to use dynamic ports in ECS containers. It can also handle tens of millions of requests per second while maintaining high throughput at ultra-low latency for applications that require the TCP protocol.