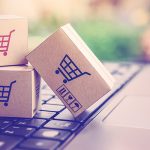 When I discussed a customer’s IT strategy the other day, they highlighted how the “unbelievably good deal” that their outgoing CIO had negotiated with a major IT outsourcing provider became a major liability. Being in the travel and transportation business meant that they were severely affected by the COVID-19 pandemic, having to pivot to new demands from customers and employees while dramatically reducing cost. The “good deal” of the past suddenly became a major blocker of their transformation. Outsourcing wasn’t a bad decision, per se—outsourcing providers bring valuable expertise and experience—but it became clear that the CIO had unwittingly sold something valuable in this negotiation.

Architecture: It’s Good to Have Options

The role of architecture is an inherently fuzzy one. It seems that if your technology runs smoothly, you should likely thank your architects. Since I have a penchant for using metaphors, I often describe the role of architecture as selling options (see The Software Architect Elevator). Options, whether in IT or the financial industry, allow us to defer decisions into the future, at known parameters. It’s intuitive that deferring decisions has value because you’ll have more data available and can hence make a better decision. A classic example is server sizing. Determining how much hardware an application might need is a guessing game at best, and many enterprises end up provisioning two or three times as much hardware as what they actually need, just to “be on the safe side.”

IT architecture can make applications horizontally scalable, meaning it can spread the workload across multiple server instances. Coupled with an elastic compute infrastructure like the AWS cloud platform, this architecture defers the sizing decision until the actual application load is known. You now have the option to scale as you need. The option defers the decision and thus takes the guesswork out of sizing, allowing you to reduce your operational footprint.

Deferring a decision becomes more valuable as we face more uncertainty. Highly volatile workloads like mobile applications or new online product launches will see the biggest benefits from the elastic scaling option because it’s nearly impossible to predict the traffic a new mobile app will receive. A clairvoyant won’t need options, but those folks are quite rare, especially in an IT environment shaped by rapid technology evolution, business model disruptions, geopolitical shifts, and a pandemic.

The CIO who was mentioned at the beginning of this post also gave something up when negotiating a contract to buy IT services: options he might have otherwise had. This likely included the option to change IT providers, the option to reduce the IT footprint, or the option to migrate to a different technology. Not needing to accommodate the options allowed the outsourcing provider to offer more aggressive pricing. Predictability allows the provider to better plan their resources and thus achieve higher staff utilization and lower cost. Training costs may also be lower, as the provider will use technologies that are already known to their staff.

So, perhaps the deal was fair. After all, both an enterprise and the provider should gain from a commercial arrangement. The customer received a good price and in return gave up some options. A well-informed customer might have considered these options to be of low value and was thus happy with the discount they received. However, a different customer might have neglected to consider the value of these options and have unwittingly sold them during the transaction.

Rigid outsourcing agreements shift the cost of uncertainty to the customer. If a customer needs a different option—perhaps the business environment changed or a more efficient technology became available—the change has to be acquired from the provider…at an additional cost.

When considering IT cost, one of the most important aspects is to have a complete view of the cost, which includes monetary cost, loss of options, and increased complexity, which will slow IT down. A common fallacy in this context is to assume that costs that aren’t immediately visible equate to zero (see “It’s Time to Increase Your ‘Run’ Budget” in my book Cloud Strategy).

Giving up options can be particularly costly in times of high uncertainty—that’s when options have the most value. This also means that holding options can be very valuable. Several customers whose businesses were affected by the pandemic were able to reduce their IT footprint accordingly, thanks to having had the option of elastic scaling in the cloud at hand. Other sectors, such as retail, have seen a dramatic shift of customer traffic from physical retail into ecommerce. Those enterprises needed to scale out their ecommerce platform quickly. Having the option for elastic scaling was a life saver for many of them.

The Path and the Terrain

Another way to visualize dealing with uncertainty is to imagine IT strategy as a path. Having a viable path to the future is a vital element of a sound IT strategy. However, as important as the direction of the path you choose is the shape of the terrain surrounding that path. Is your strategy designed as a tightrope walk on an extremely narrow ridge where a single misstep or a shift in environment could spell instant disaster? Or are you walking on rolling hills with gentle slopes to the sides that make veering off the path quite safe?

There is no right choice in this scenario. However, organizations that have a clear view of the level of uncertainty facing them and that make a conscious choice are bound to get the “best deal.”