Build an Android App with a scrollable feed of live streams

As smartphones and mobile internet become more advanced, many apps have implemented media-rich experiences that connect content creators with end users. Sharing and consuming video is exceptionally popular among smartphone users, leading to the rise of interactive, social video.

While mobile video streaming is popular, it’s often difficult for app developers to create a great video experience, especially when live video is involved. It’s a daunting task to manage video ingest, processing, delivery, playback, and more across a wide range of devices and network conditions.

Amazon Interactive Video Service (Amazon IVS) helps solve this. Amazon IVS is designed to take care of the technical complexities of adding live video into your product. In this post, I show you how to use this service to quickly create an Android app with a modern, scrolling feed of videos. The end product is similar to some of the most popular and trending social media apps today. 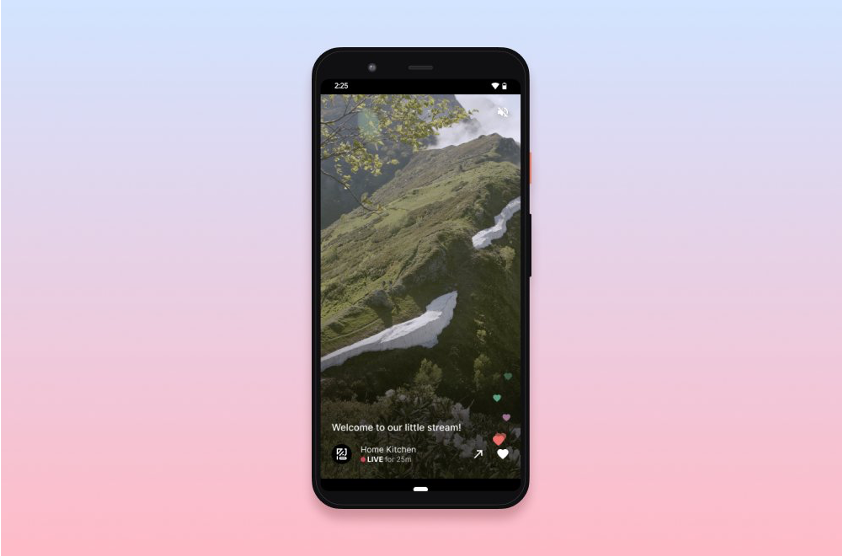 Before you set up the example app, you need the following tools:

The steps following describe the process on macOS, but they can also be completed on any operating system that supports the prerequisites.

Set up the example

To set up the example, you need the Amazon IVS Android Feed Demo code from GitHub. Follow these steps to clone the repository and run the app in the Android Emulator:

Congratulations! The app should now be running. Swipe up and down to scroll through the list of streams. There are three example streams included in the demo, showing both landscape and portrait-oriented videos.

While this example should not be run in a production environment, you can modify it to see how your own live streams might appear. In order to modify this example, you must be able to stream to your Amazon IVS channel. To do this, you can follow the instructions here: Setting Up for Streaming with Amazon Interactive Video Service.

Follow the following steps to replace the example video provided with your own Amazon IVS video stream. Although it is not required, you can close the Android Emulator before continuing if you find that it is slowing down your computer.

Once you create an Amazon IVS channel, follow these steps to use your own live video in place of the example streams: 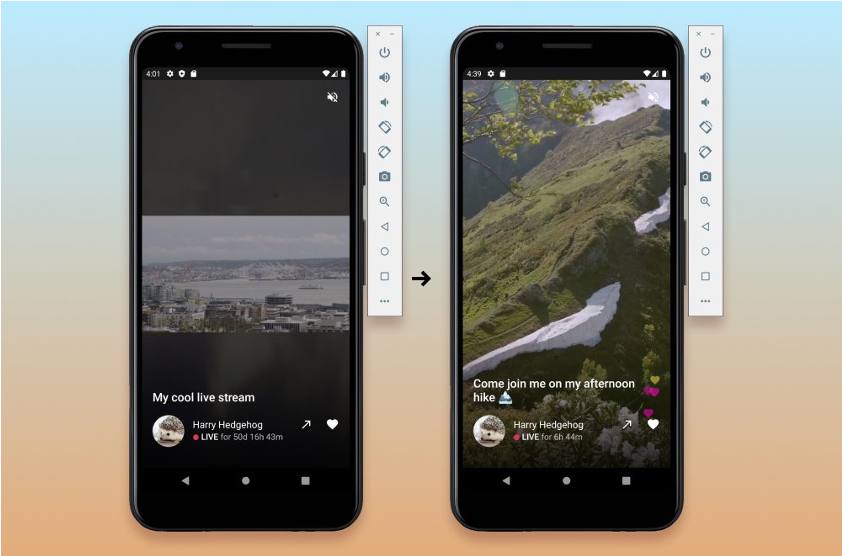 The Android Emulator should reload the app and load the stream from your Amazon IVS channel. This may take a few moments.

To replace the other two videos in the feed, repeat the steps preceding, except change the playbackUrls on line 28 and line 48 to point to your own Amazon IVS streams. You can add or remove streams in the feed by adding or removing JSON objects from the streams array. For example, the following streams.json file displays two videos, instead of three.

If you found this to be a compelling example of a product you’d like to build, here are some things to consider. 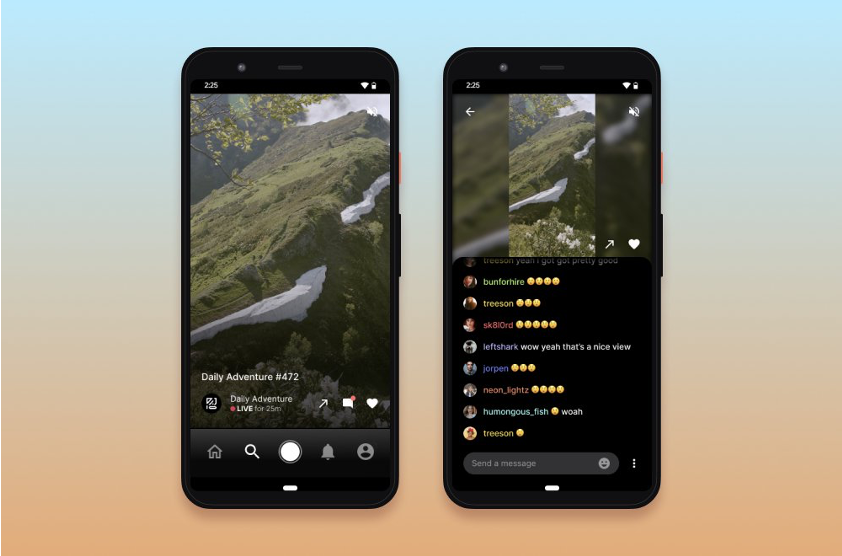 Amazon IVS Amazon Interactive Video Service (Amazon IVS) is a managed live streaming solution that is quick and easy to set up, and ideal for creating interactive video experiences. Simply send your live streams to Amazon IVS and the service does everything you need to make low-latency live video available to any viewer around the world, letting you focus on building interactive experiences alongside the live video. Learn more.