When Griffith Observatory and Friends Of The Observatory sought to create their latest planetarium show, Signs of Life, there was much to consider. Naturally, we all agreed that story is king, but in our universe, science wasn’t far behind. Astronomical science, of course, but computer science was to be my closest friend in producing a 35-minute show in 8K resolution, at 60 frames per second. This meant I had to find a way to render A LOT of pixels. 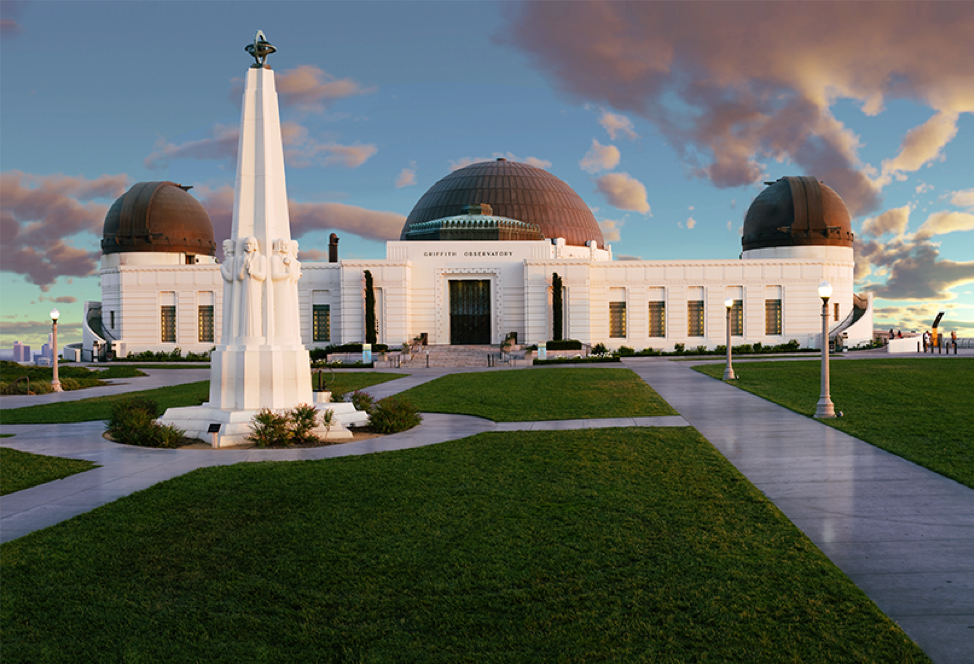 Since we were building a brand-new studio in a short period of time, it was essential that the render manager integrate easily with our digital content creation applications, hook into our Shotgun pipeline tools, and be flexible to scale as our studio render capabilities grew. We have used AWS Thinkbox Deadline render management software since we opened in July 2017. Since then, we’ve submitted 13,625 jobs, which included 4,776,078 tasks that produced 25,051,364 frames! The team at Griffith Observatory’s Satellite studio in Los Angeles concluded that Deadline would be our central hub for all things rendering. 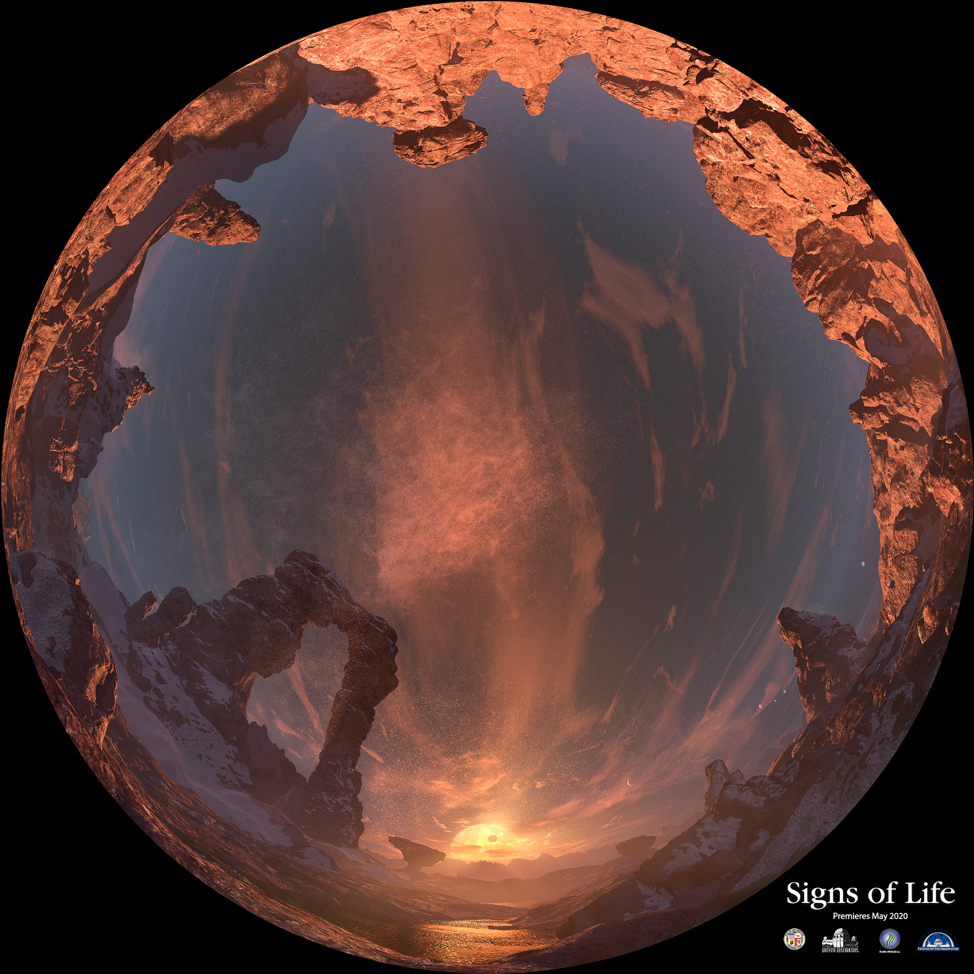 A dome master image from Signs of Life featuring the surface terrain of the exoplanet, Trappist-1e © 2020 Griffith Observatory

For Signs of Life, our final deliver resolution is 8124 x 8124 dome masters. A dome master is an image that we project onto the 76-foot dome inside the Samuel Oschin Planetarium. Creating a show for this canvas presents some interesting challenges. Here are some tips from our team at the Satellite studio about creating content for the dome.

Since every square inch of the dome receives light from every other part, cross-bounce can reduce contrast so drastically that an image that looked crisp and dramatic on our monitor seems to be immersed in a gray fog. To compensate, we’ve learned to compose shots so that critical elements are immersed in pools of light and environmental and background elements are kept in relative darkness — a sort of chiaroscuro style of lighting. For example, a scene we are working on is set inside an observatory in 1905. By lighting the set with carefully placed lanterns, we illuminate characters without filling the dome with light, and so the contrast is retained.

Another challenge comes from the 180° fisheye lens. The camera must get very close to an object in order for it to look big in the dome, but as we get closer to an object — such as a planet — the surface nearest the camera appears to bulge toward us, creating a strange effect that makes it look much smaller than we want. We call this “the planet-of-the-fisheye-lens-effect.” It’s particularly annoying when we are attempting to land on a planet; what should be an expansive landscape becomes a drastically curved miniature. One solution for this is, paradoxically, to use a field of view greater than 180°, which has the effect of lifting parts of the landscape that would normally be out of sight below the base of the dome into view, so the horizon fills the dome even behind the audience, creating a feeling of vastness.

Griffith Observatory has truly found a rendering solution in AWS Thinkbox, and we are now scaling into the cloud as we approach our premiere date of May 2020. 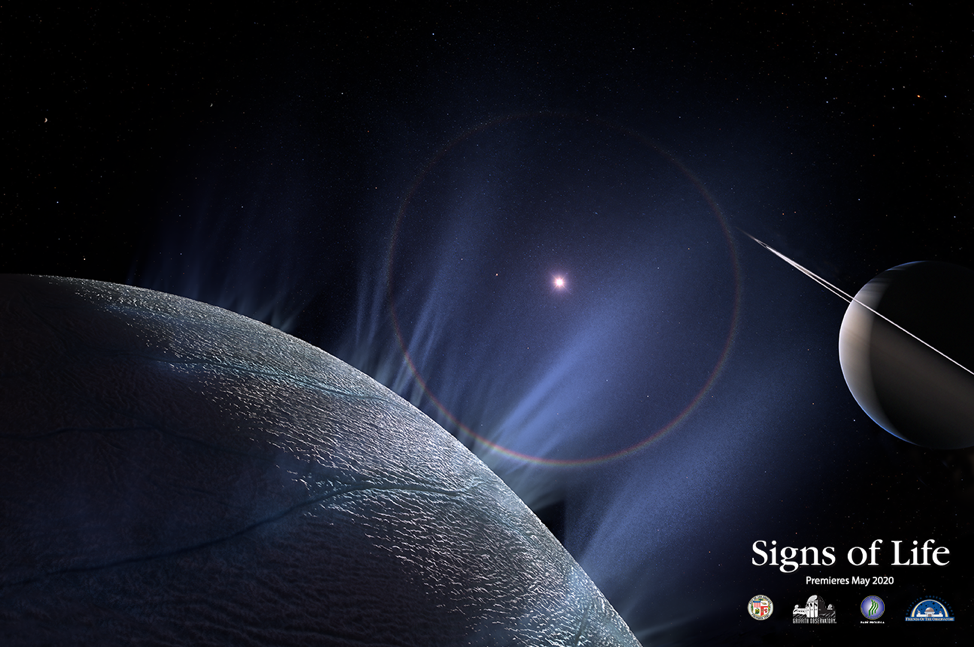 An image from Signs of Life, featuring Enceladus, an icy moon of Saturn. © 2020 Griffith Observatory