AWS was honored to again be part of the Samsung Open Source Conference (SOSCON), the largest open source conference in South Korea, held 17-18 October. More than 1500 open source software developers met to share their open source knowledge and experience at this fifth annual event, which featured insightful keynotes, technical deep dives in over 30 break-out sessions, and 20+ booths in the expo hall. 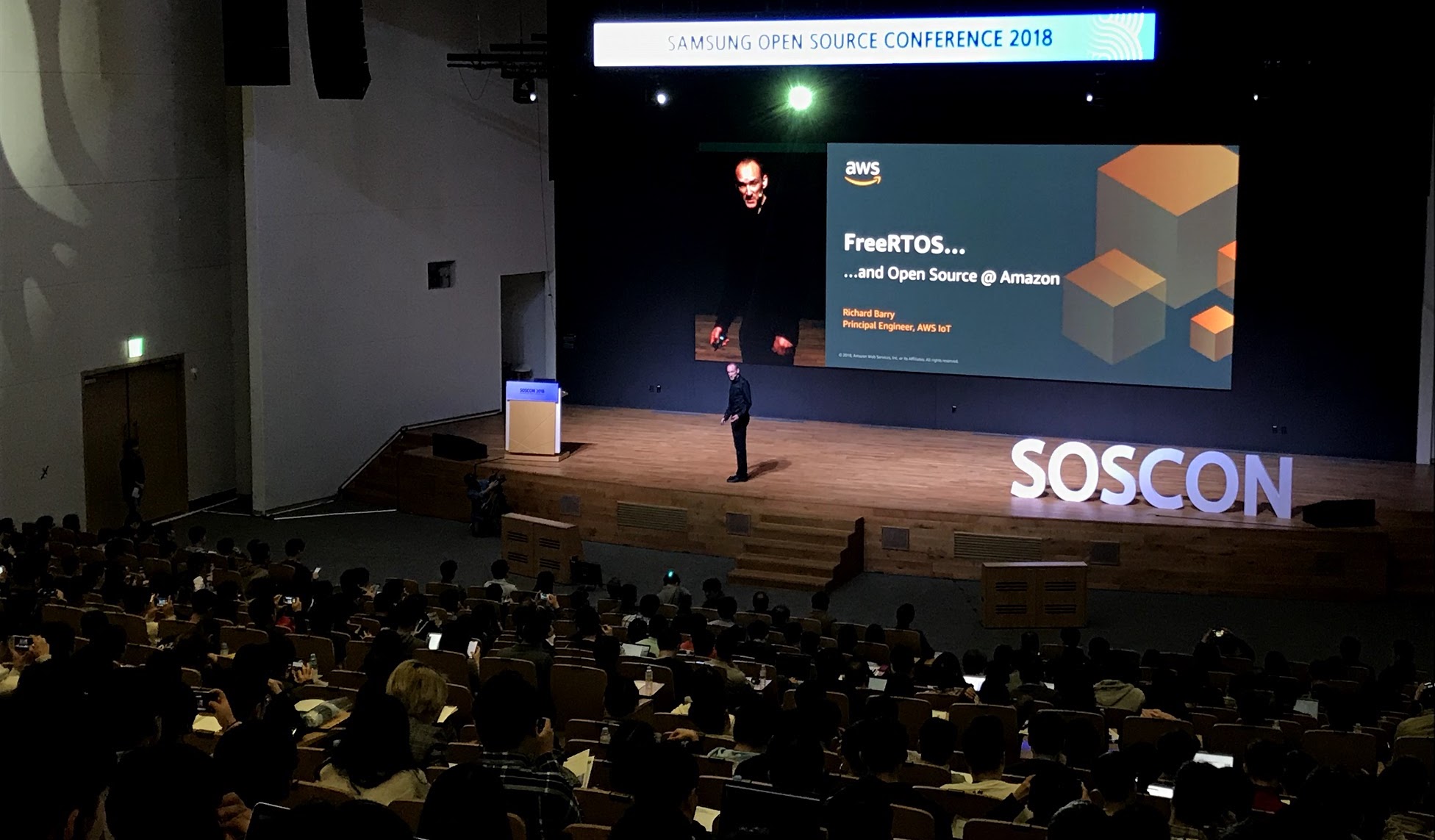 This year, Richard Barry, AWS Principal Engineer and FreeRTOS founder, visited Korea to talk with developers about AWS’s open source and FreeRTOS story, including his experiences building and maintaining a large, successful OSS project. FreeRTOS is the cross-platform standard solution for microcontrollers; it has been ported to 27 micro-controller cores and 17 toolchains, and is downloaded more than 80,000 times per year. Feedback from the audience was that they enjoyed learning from a real open source developer about how to run a successful project and collaborate in the enterprise (as with Amazon FreeRTOS). 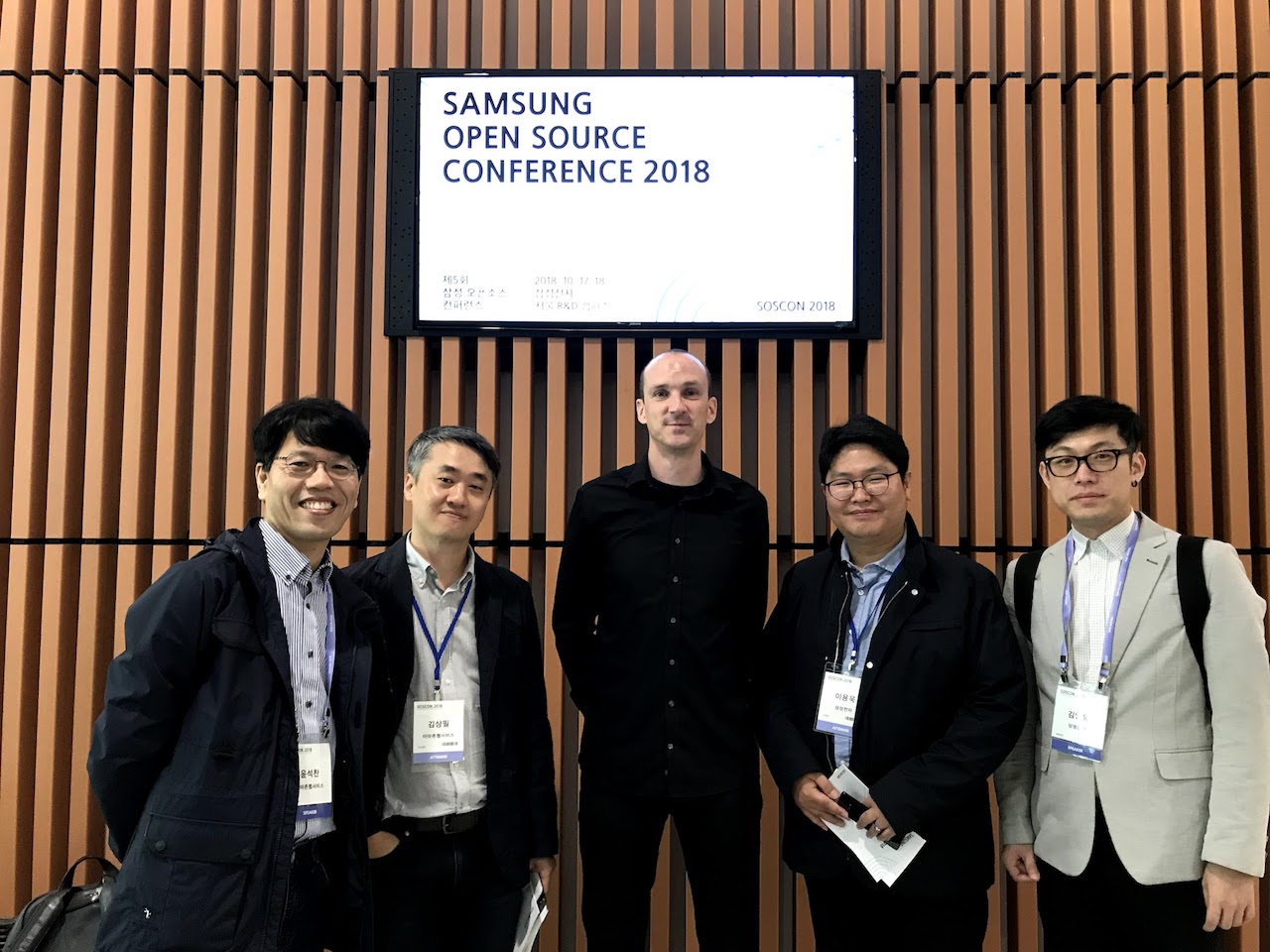 Other speakers included Samsung executives, Jim Zemlin (Executive Director of the Linux Foundation), and others from Intel, Google, and SK Telecom.

Channy Yun, AWS Principal Technical Evangelist, and Kyusam Oh, a researcher at Samsung SDS, introduced Apache MXNet and provided insight on how to contribute source code. Apache MXNet is a fast-growing open source framework that has gained momentum in the cloud, edge devices, and mobile industries. More than 600 contributors from Amazon, NVIDIA, Intel, and the Hong Kong University of Science and Technology are involved in the MXNet community.

Samsung SDS has contributed sample code for DeepSpeech2 and CapsNet models to MXNet. The session introduced an MXNet-based deep learning project to forecast anomaly detection in genomics and biomedical signal analytics. This project will also be presented in an AWS re:Invent session this year: AIM301 Deep Learning for Developers: An Introduction, Featuring Samsung SDS – if you’re interested in MXNet use cases in production, don’t miss this one! 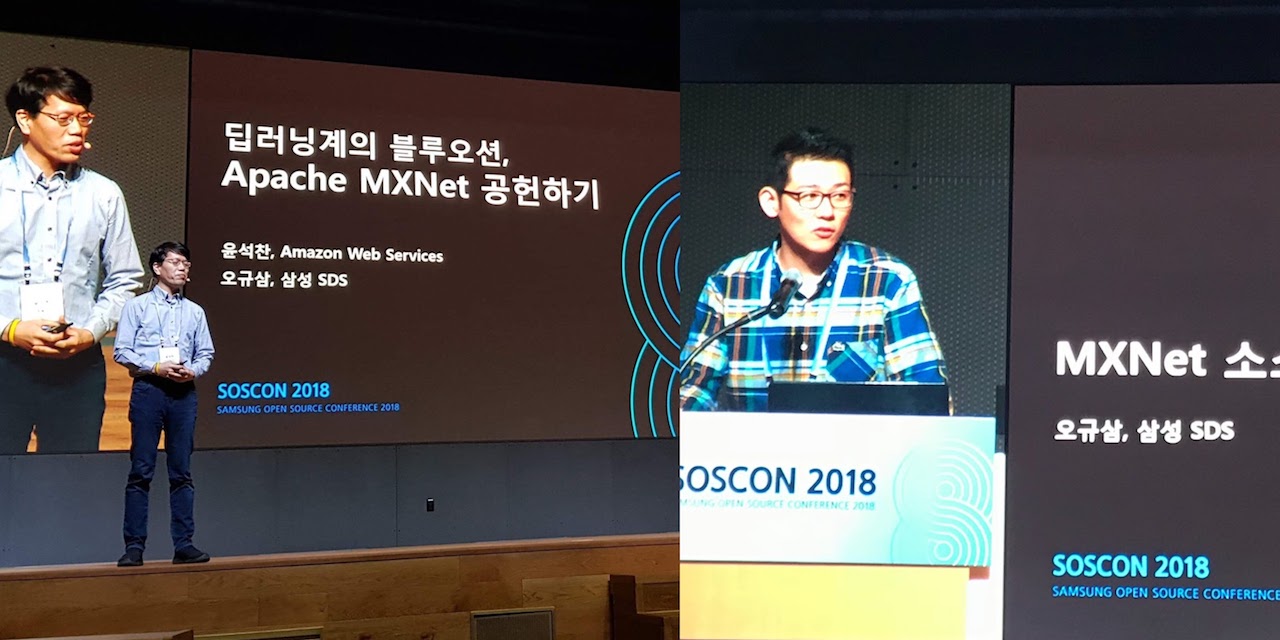 The AWS Educate team, headed by Dongwan Kang, Korea Educate Program Manager, staffed a booth where university students (about half the conference attendees) could learn about cloud and open source. 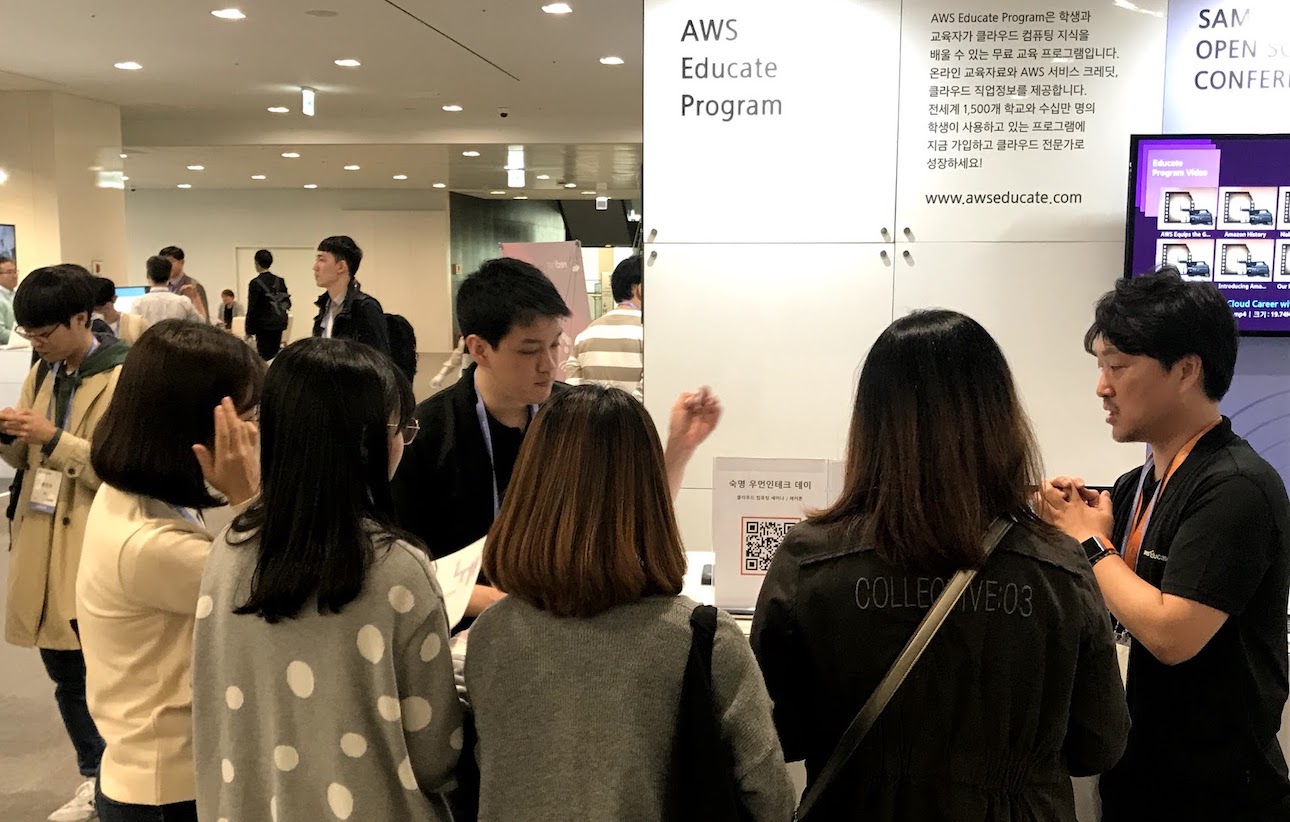 We were happy to collaborate with our customer Samsung Electronics, and were delighted to have the opportunity to talk with fellow open source enthusiasts. We look forward to seeing you all next year!