How to centralize DNS management in a multi-account environment

Note from June 5, 2019: The approach and architecture in this post is recommended if you prefer more control over DNS servers or prefer to use AWS Managed Active Directory for DNS resolution, however there are some limitations to this approach and we added a “Limitations and additional considerations” section to this post to describe them.

AWS has released a native forwarder service, and we recommend you read this post for a description of a modernized architecture using the new native services.

The most common solution is to implement local DNS in each account and use conditional forwarders for DNS resolutions outside of this account. While this solution might be efficient for a single-account environment, it becomes complex in a multi-account environment.

In this post, I will provide a solution to implement central DNS for multiple accounts. This solution reduces the number of DNS servers and forwarders needed to implement cross-account domain resolution. I will show you how to configure this solution in four steps:

In this solution, you use AWS Directory Service for Microsoft Active Directory (AWS Managed Microsoft AD) as a DNS service in a dedicated account in a Virtual Private Cloud (DNS-VPC).

The DNS service included in AWS Managed Microsoft AD uses conditional forwarders to forward domain resolution to either Amazon Route 53 (for domains in the awscloud.com zone) or to on-premises DNS servers (for domains in the example.com zone). You’ll use AWS Managed Microsoft AD as the primary DNS server for other application accounts in the multi-account environment (participating accounts).

A participating account is any application account that hosts a VPC and uses the centralized AWS Managed Microsoft AD as the primary DNS server for that VPC. Each participating account has a private, hosted zone with a unique zone name to represent this account (for example, business_unit.awscloud.com).

The following diagram shows how the various services work together: 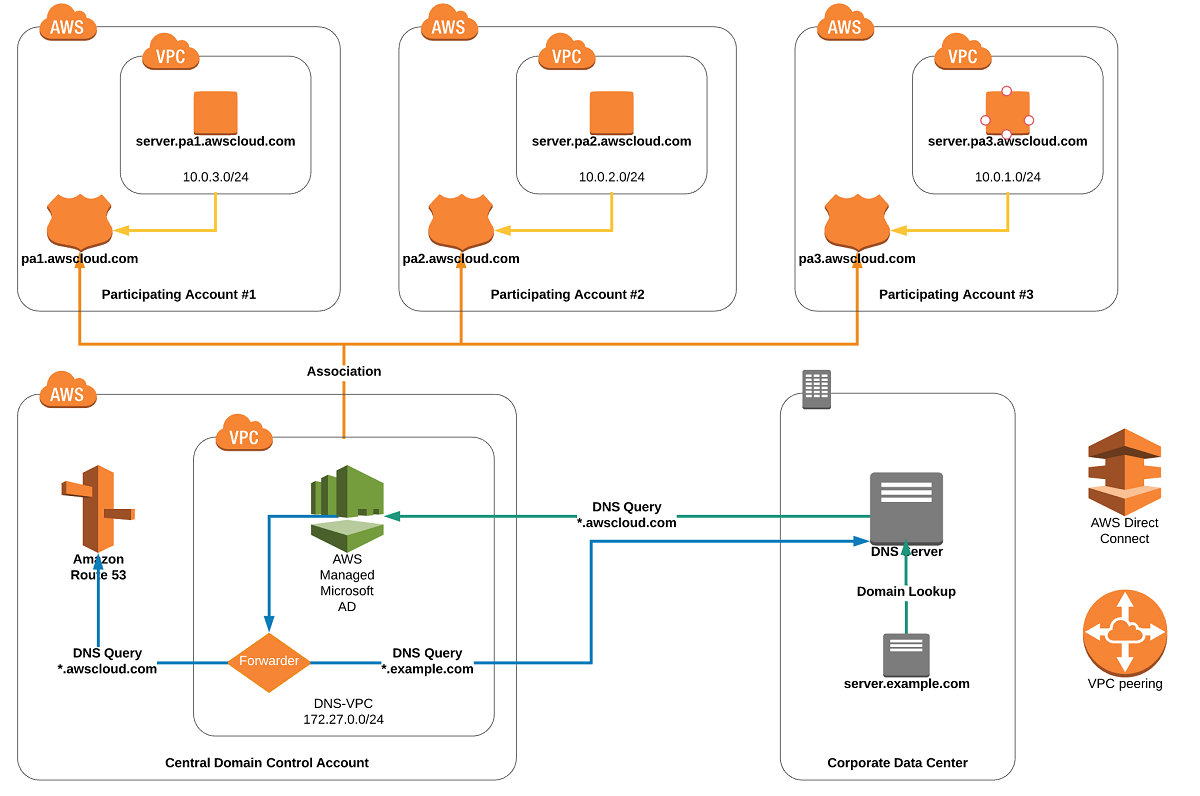 Figure 1: Diagram showing the relationship between all the various services

In this diagram, all VPCs in participating accounts use Dynamic Host Configuration Protocol (DHCP) option sets. The option sets configure EC2 instances to use the centralized AWS Managed Microsoft AD in DNS-VPC as their default DNS Server. You also configure AWS Managed Microsoft AD to use conditional forwarders to send domain queries to Route53 or on-premises DNS servers based on query zone. For domain resolution across accounts to work, we associate DNS-VPC with each hosted zone in participating accounts.

If, for example, server.pa1.awscloud.com needs to resolve addresses in the pa3.awscloud.com domain, the sequence shown in the following diagram happens: 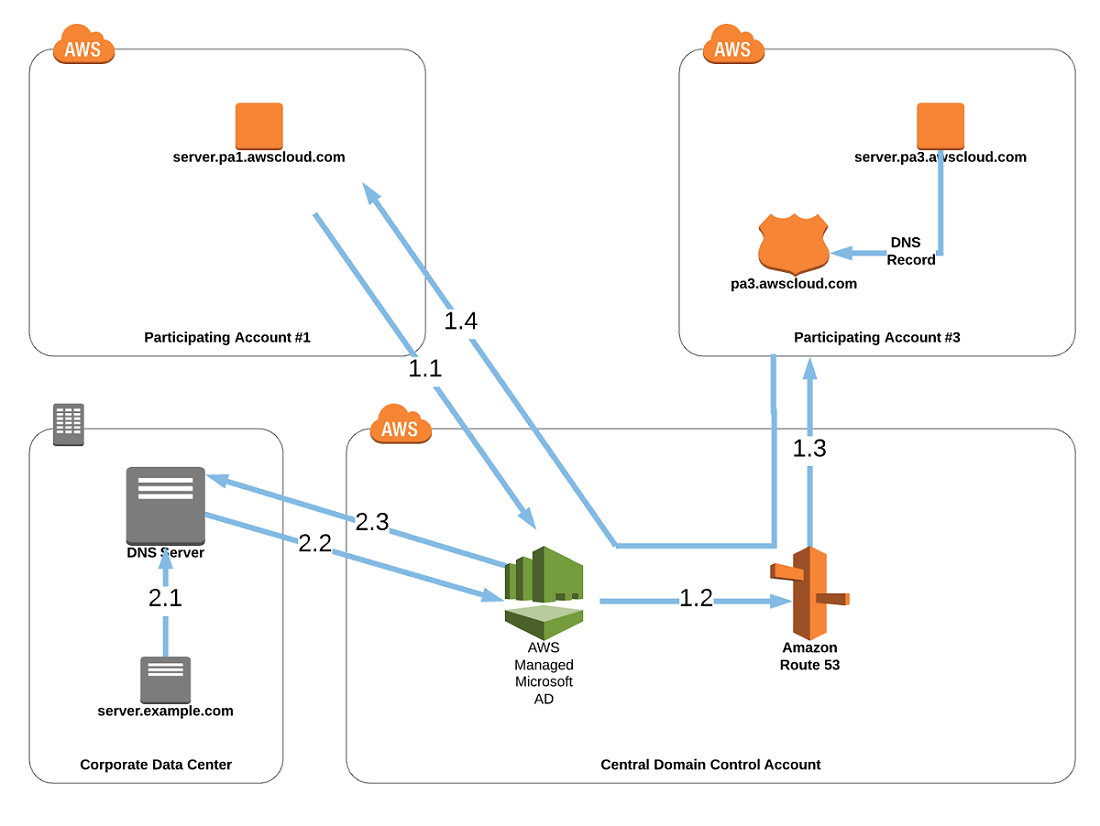 
Similarly, if server.example.com needs to resolve server.pa3.awscloud.com, the following happens:

In previous AWS Security Blog posts, Drew Dennis covered a couple of options for establishing DNS resolution between on-premises networks and Amazon VPC. In this post, he showed how you can use AWS Managed Microsoft AD (provisioned with AWS Directory Service) to provide DNS resolution with forwarding capabilities.

To set up a centralized DNS account, you can follow the same steps in Drew’s post to create AWS Managed Microsoft AD and configure the forwarders to send DNS queries for awscloud.com to default, VPC-provided DNS and to forward example.com queries to the on-premise DNS server.

Here are a few considerations while setting up central DNS:

The steps I suggest in this section should be applied individually in each application account that’s participating in central DNS resolution.

The next step is to change the default DNS servers on each VPC using DHCP option set:

The next steps will associate DNS-VPC with the private, hosted zone in each participating account. This allows instances in DNS-VPC to resolve domain records created in these hosted zones. If you need them, here are more details on associating a private, hosted zone with VPC on a different account.

After completing these steps, AWS Managed Microsoft AD in the centralized DNS account should be able to resolve domain records in the private, hosted zone in each participating account.

This step is necessary if you would like to resolve AWS private domains from on-premises servers and this task comes down to configuring forwarders on-premise to forward DNS queries to AWS Managed Microsoft AD in DNS-VPC for all domains in the awscloud.com zone.

The steps to implement conditional forwarders vary by DNS product. Follow your product’s documentation to complete this configuration.

Known limitations to this architecture that require additional considerations include:

To overcome these limitations, you need local forwarders in each VPC that will be configured to resolve amazonaws.com locally and to forward other domain queries to the central DNS.