Update on April 26, 2019: We’ve adjusted a sentence to clarify that the scope of this post does not include automatic password rotation.

I will show you how to use AWS CloudFormation to quickly set up resources in AWS Secrets Manager and EC2. I’ll show you how to use Instance user data to set the local Administrator password, which will enable you to retrieve the password securely without using a shared SSH Private Key. User data is data passed to the instance and is used to perform common automated configuration tasks or run scripts. This could be credential information, shell scripts, or cloud-init directives. This also allows for easy scheduling of password rotations for the Administrator password.

The solution described in this post uses a combination of AWS CloudFormation, AWS Secrets Manager, and Amazon EC2. The AWS CloudFormation template creates a new secret in AWS Secrets Manager with a random value, and then provisions the Windows instance in EC2 using that secret value configured in the EC2 userdata. This userdata sets the secret as the Administrator password for RDP access to the instance. The permissions on the secret created by this process also permit it to rotate the local Administrator password, allowing you to meet best security practices.

This process assumes you already have an IAM user or role set up in your AWS Account that has mutable permissions to AWS Secrets Manager, AWS Identity and Access Management (IAM), CloudFormation, and EC2. This will be necessary to launch the CloudFormation stack from the template located here. You will also want to have a Security Group set up to permit RDP access to the Windows EC2 instance from allowed IP addresses. You will want to ensure you have your IAM user or role credentials configured on your CLI, if you choose to use that method for launch. Configuring the setting of your CLI with security credentials, default output format, and region are what permits the CLI to interact with AWS APIs.

The following diagram illustrates the process covered in this post. 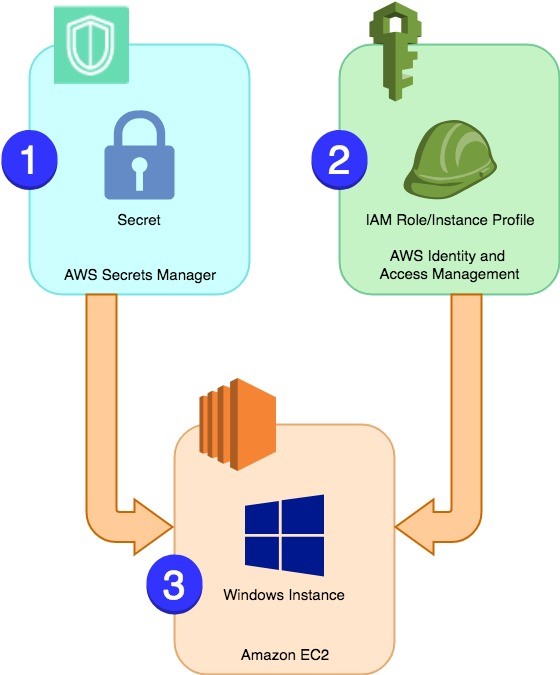 Once you have your IAM user or role set up, launching the CloudFormation stack will create resources in the following order.

Now that you know the steps being performed, I’ll walk you through how to use both the AWS Management Console or the AWS CLI to complete this setup. I’ll go over the Console setup and then follow it with the CLI option.

Make sure to replace the values in <red, italic font> in the examples with values from your own account. You will need to download the template referenced above and upload it to your own S3 Bucket. The S3 URL of the template will be necessary for the following steps.

If the command ran successfully, you’ll see output similar to this:

Review of the resources your stack creates

Once the secret is created, the stack creates the IAM role and EC2 Instance Profile. These are required for the EC2 Windows instance to communicate with AWS Secrets Manager and retrieve the stored password. The Trust Policy of the role will list ec2.amazonaws.com as the principal entity, meaning the EC2 instance can assume this IAM role. The permission policy comes in the inline format:

Once the instance has completed the launch process, your stack will move into the CREATE_COMPLETE status. You can check this in the Console by selecting the StackName and then selecting the Resources tab. I prefer to use the Resources tab as it shows the Physical ID of all resources created by the stack. Here’s an example: 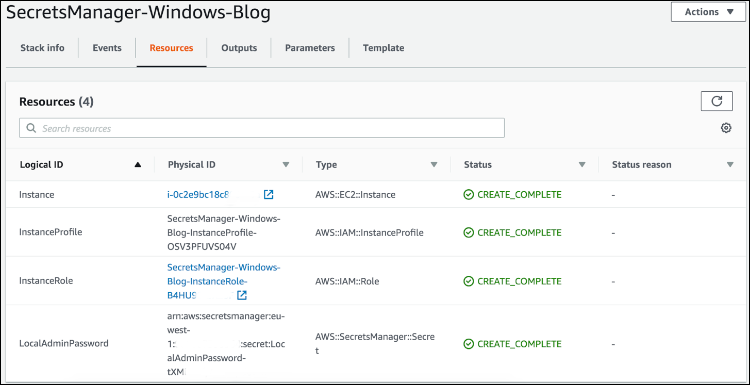 Figure 4: Check the status on the “Resources” tab

To verify that resources are marked with the CREATE_COMPLETE status with the CLI, run this command (don’t forget to replace the <red> placeholders with your stack informations.

You’ll see the “StackStatus”: “CREATE_COMPLETE” and you’ll have an EC2 Windows instance launched, it’s password stored in AWS Secrets Manager, and the instance role giving the instance permissions to retrieve it’s password. You will no longer need to share the SSH Private Key, thus removing another potential security issue.

To verify the secret in the AWS Secrets Manager console is the same one used for your EC2 Windows instance, you can look at the name of the secret itself and the tags listed on the EC2 instance. For example, in the screenshots below, you can see that the secret is named LocalAdminPassword-RandomString. You can then match this to the tag value on your instance with the tag key LocalAdminSecretARN.

Figure 6: Match it to the tag value on your instance with the tag key “LocalAdminSecretARN”

You’ve now launched your EC2 Windows instance, generated a random string password, and will no longer require the SSH Private Key to retrieve the Administrator password for login.