To use RD Licensing, you must authorize RD Licensing servers in the same Active Directory domain as the Windows Remote Desktop Session Hosts (RD Session Hosts) by adding them to the Terminal Service Licensing Server security group in AD. This new release grants your AWS Microsoft AD administrative account permissions to do this. As a result, you can now deploy RD Session Hosts in the AWS Cloud without the extra time and effort to set up and configure your own AD domain on Amazon EC2 for Windows Server.

The following diagram illustrates the steps to set up remote desktops with RD Licensing with users in AWS Microsoft AD and shows what happens when users connect to remote desktops. 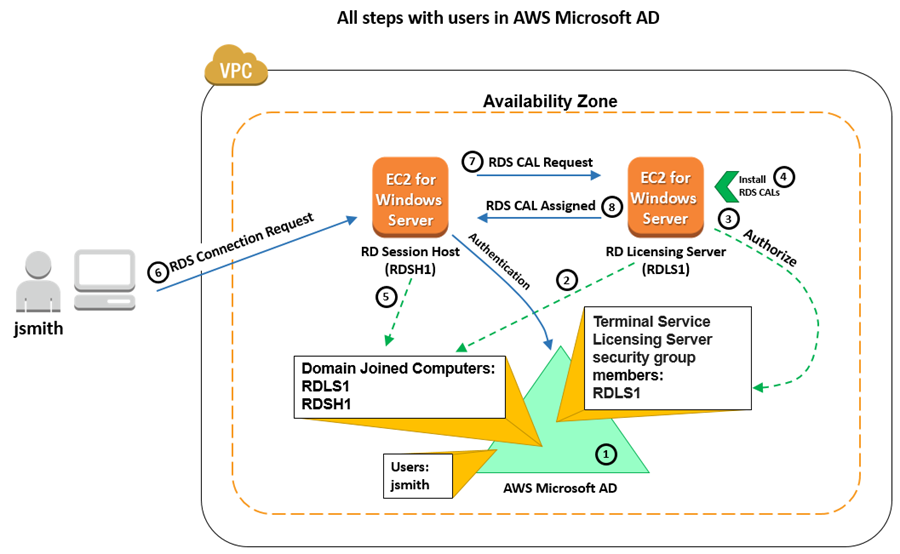 In detail, here is how the process works, as it is illustrated in the preceding diagram:

If you have an on-premises AD domain with users, your users can open remote desktop sessions with their on-premises credentials if you create a forest trust from AWS Microsoft AD to your Active Directory. The trust enables using on-premises credentials without the need for complex directory synchronization or replication. The following diagram illustrates how to configure a system using the same steps as in the previous section, except that you must create a one-way trust to your on-premises domain in Step 1a. With the trust in place, AWS Microsoft AD refers the RD Session Host to the on-premises domain for authentication. 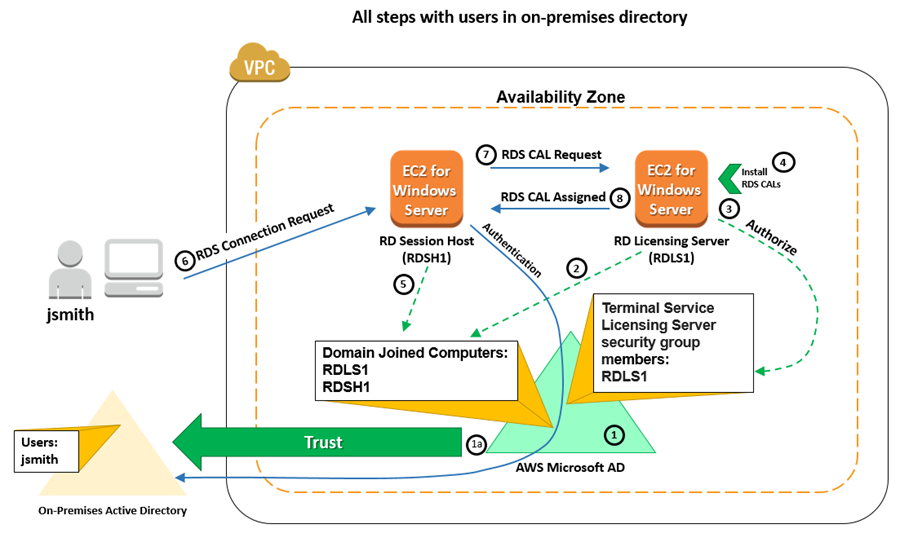 In this post, I have explained how to authorize RD Licensing in AWS Microsoft AD to support EC2-based remote desktop sessions for AWS managed users and on-premises AD managed users. To learn more about how to use AWS Microsoft AD, see the AWS Directory Service documentation. For general information and pricing, see the AWS Directory Service home page.

If you have comments about this blog post, submit a comment in the “Comments” section below. If you have implementation or troubleshooting questions, please start a new thread on the Directory Service forum.