Empathy, Haikus, and Reinventing How We Live with Menlo Ventures’ Shawn Carolan 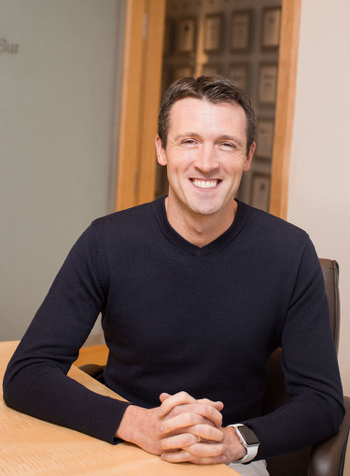 Not only did the general partner champion the venture capital firm’s investments in Jump Bikes and electric scooter startup Skip, but Carolan was also among the earliest to understand how the transportation sector would unfold, backing connected-car and location-based services company Telenav back in 2005.

That conviction about where transportation was headed, led Carolan to push for Menlo’s initial 2011 investment in a then small, but rapidly growing private company, Uber. Yes, the very same Uber that today has fundamentally changed the nature of how we get around. The same Uber that is poised for one of the largest tech IPOs markets have seen in a very long time.

Disruption is an overused term, but in Uber’s case it applies, considering how far it’s come since its “black car” service early days.  In fact, Carolan explains that even he initially thought about Uber’s opportunity more narrowly, focusing on what percentage of the taxi market the upstart company could win over. But it soon became obvious that the opportunity Uber had was much bigger than that. Uber’s service sped to the core of how we and our stuff move around – whether in a taxi or by other means – and in the process also started to pry loose long-held norms around ownership and where we find value in our daily lives.

Because betting early on consumer companies requires you to predict what the average consumer will adopt before they even see it, many think consumer investing is either a “dark art,” or just pure luck. But Carolan says all you need to do to put on an anthropologist’s hat and observe where people spend their time and money.

“Consumer needs have not evolved much in millennia,” Carolan says. “We’ve got the same essential gray matter wiring and it’s like, ‘I need to move. I need food on my table, a roof over my head, clothes on my back. I want healthy relationships. I want to have some fun.’ So, what we’re looking for is how are the underlying human needs being met in better, faster, or cheaper ways?”

Carolan says that Uber made him “step back and ask, what are all of the areas in which movement is being reinvented?” Asking that question led him to JUMP, an e-bike share company recently acquired by Uber, and Skip, a scooter-sharing startup founded in 2018. And he is already thinking ahead to the future of transportation and the firm’s next possible billion-dollar startup. “I’m continuing to [think]…how far can you take this? Like e-vehicles that can carry humans through the air. Even recreational stuff: What if e-bikes and e-motorcycles were available at national parks and ski hills in the summer? It’s actually quite broad and exciting when you think about what it could turn into in the next 10 years.”

In looking for consumer companies that reinvent how we live, Carolan’s attention is piqued by the ones aligning their own interests with those of their consumers. He highlights the way that Chime, a mobile bank account and debit card company, has been able to lower the costs of banking by eliminating brick-and-mortar locations and doing away with hefty fees and fine-print penalties. Instead, Chime makes its money invisibly to customers from fees merchants pay when they use their debit card.

Carolan—who stopped leading new investments at Menlo in 2013 to focus on Handle, the email productivity startup he co-founded, before rejoining in 2016—has watched the VC industry evolve alongside the tech industry from focusing on solving fundamental technical problems to solving more complex, human problems.

In order to tackle these problems, Carolan makes it clear that founders need to expand their skill sets to include something rather unusual—empathy. “The essence of today’s startup is really empathy,” says Carolan. “How do you really come to understand what is the need of the customer? What are they trying to do? Is my product meeting the need?” In order to succeed, founders and their teams need the ability to listen to consumers, understand what they need, and translate their needs into products that make their lives better.

That said, one common mistake founders make, Carolan says, is zeroing in on the wrong customer feedback and mistakenly using negative Tweets, opt-out email numbers, and other superficial data to shape their product roadmap. “What these founders are missing is that oftentimes, nine out of the 10 people that left didn’t even use your app, or they didn’t like the landing page, or you asked them to fill out three data fields instead of two and they were tired,” he says. Take the time to dive deep into your user research and thoroughly unpack it. “Don’t think you’re being customer-focused, when in fact, you’re just looking at data dashboards,” he says.

The other thing startup founders need to succeed is an ability to focus deeply on a single problem. Given the complexity of the problems being addressed, biting off more than you can chew spells failure. “The right approach,” he says, “is actually, ‘Hey, I’m going to try this first thing. And I’m going to keep my team really small. It’s going to be two or three people, and I’m just going to keep polishing it.’ I often say it’s more like writing a haiku than an encyclopedia. You just need to keep changing it. Sometimes, that process takes years.”

In addition to empathy and focused problem-solving, Carolan is looking not just for vision but for founders who show up with tangible work accomplished. “The expectations are higher these days,” he says. “You have to show that you’re not just a dreamer. You’re a doer.”