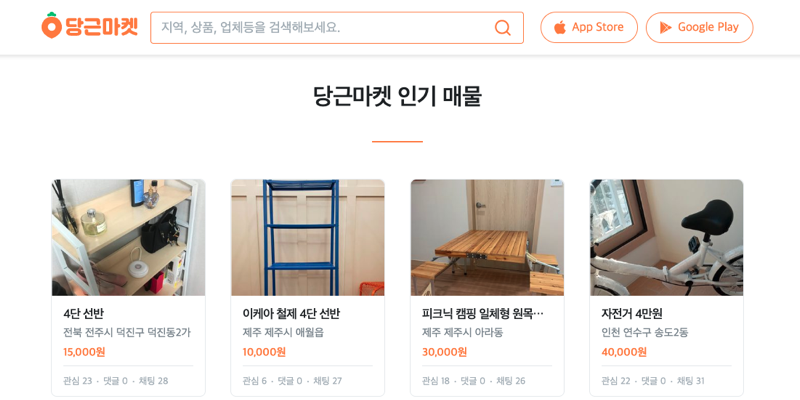 An example of Danggeun Market’s classifieds

The rise of the internet over the last few decades spurred the creation of a wide variety of new communities. Groups of people that previously would have had a difficult time connecting due to their low numbers and distributed locations were suddenly able to find each other and share their interests, creating countless online places to congregate.

Really, imagine the most nascent hobby or interest you can think of. Stamp collecting? Vacuum enthusiasts? Check and check.

What’s ironically been simultaneously lost during that same time period is a sense of local community. People are spending more and more time online and less time out interacting with the people physically close to them. Not only does this hurt the surrounding economy, but many would argue it diminishes an all-important, overarching, sense of trust.

It’s a problem that a handful of companies are working to fix. In the United States there is Nextdoor, a $2.1 billion startup originally launched in 2011. And in South Korea, there’s Danggeun Market.

Founded in 2015, the company was originally launched as a way for people to buy and sell things locally. And by locally, we’re talking hyper-locally, with the initial geographic boundary being about ½ mile by ¼ mile in Pangyo—a tech hub for South Korea. 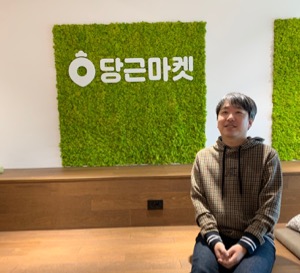 Don’t let their humble beginnings fool you though. The Danggeun team had a larger vision in mind from the beginning, per Chang-hoon Jung, who serves as CTO and is one of the three co-founders.

“Our team set out with a mission of bringing neighborhoods together. That meant a variety of things for us, from connecting people to surfacing events that are happening within the community. We were looking to bring that factor of trust back to the modern times.”

Creating that trust factor is no easy feat, however. The internet has given people the ability to hide behind profiles, making the idea of real identity tough to pin down. The team at Danggeun Market have worked hard to test and implement features throughout its platform to solve for just that problem.

With a focus on local community, it makes sense that one of the first tests the startup has is location based. Anyone can browse the classifieds and posts for neighborhoods, but if they actually want to complete a transaction they’ll need to go through a GPS-based authentication process. Through this, sellers and buyers can be assured that they’re dealing with neighbors. The app also confirms how many times you log in while within the neighborhood bounds and showcases that with each profile, providing transparency for other users to see who the real locals are.

Geolocation is one way of building trust, but Danggeun takes it a step further with a rating system for each profile. Anytime a transaction happens, each user is able to leave a review of how the deal went, with an average of each person’s rating being displayed on their profile.

Confirming who is part of these hyper-local communities doesn’t just benefit the residents though, Jung points out. “One thing that we’ve recently started testing and that has been showing promise is local advertising. Small stores in these neighborhoods have had a tough time finding the right channels to reach their customers at a cost-effective rate. Newspapers, for example, don’t work since the targeting is too large. With Danggeun Market, they’re able to target a much more specific customer base at a better rate.”

Their strategies seem to have paid off too, with the company boasting over 6 million monthly active users. And while that number is impressive, what’s perhaps more impressive is that they’ve gotten to that scale with just 34 employees.

To get to that scale with such a lean operation, Danggeun Market relies heavily on an engineering-focused mindset—when confronted with problems, the team works to build a solution instead of throwing bodies at it. This culture is also seen in the team structure, with 22 out of the 34 employees sitting in the engineering department.

Perhaps unsurprisingly, the engineering-heavy organization is also always looking to dig into the latest and greatest technology. This ranges from leveraging a handful of AWS AI services to help power their online platform to hosting a podcast to discuss tech topics in a relaxed setting. (check it out here : stdout.fm)

While only available in Korea as of now, the team at Danggeun Market has aspirations of bringing their platform to other geographies soon. In a world where trust seems to be dwindling, it’d be a welcome addition to any local community.