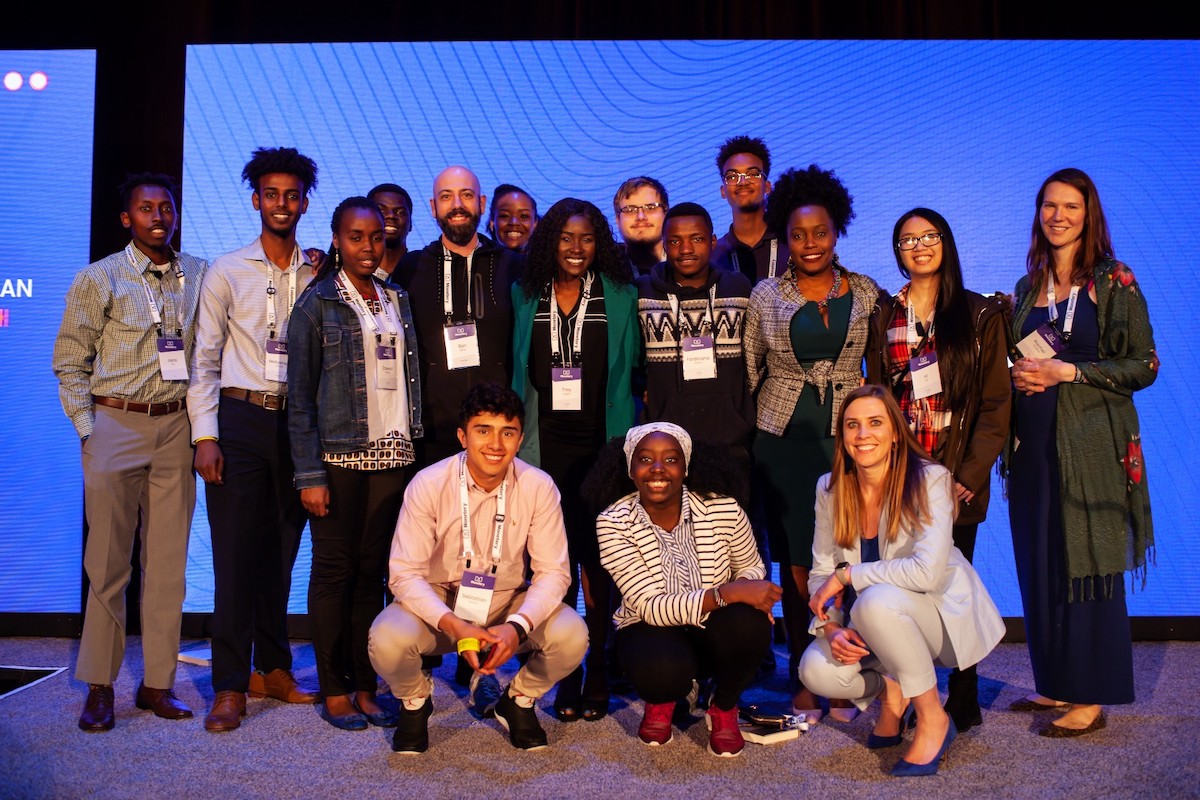 When founders start a new company, they need to think like gamers and ask themselves what the cheat codes are. What will give them an unfair advantage over their competitors? For entrepreneur Harper Reed, who founded the startup Modest and served as CTO at the clothing company Threadless, diversity is one such code.

“We are building products for the internet and the internet isn’t just white dudes,” Reed recently told the audience at the two-day 2019 Monetery tech summit in Des Moines, Iowa. The most successful teams—and thriving tech communities—are made of diverse backgrounds and diverse talent pools, he noted. “I need to add others into the mix who are going to help understand that so our products are better, so that we have more paying customers to make more money and get rich.”

Reed was one of several speakers at the Monetery summit, now in its second year. Organized and produced by Dwolla, a Des Moines-based digital payment platform, the conference is dedicated to connecting those who believe in creating value in the Midwest and facilitating conversation between diverse individuals that might otherwise not meet. Thanks to Community Sponsor Amazon Web Services, this year’s conference was larger than ever, welcoming attendees from 13 different states (compared to six in 2018).

Several alumni from the Pappajohn Center for Entrepreneurship at Iowa State University were among those taking advantage of the AWS sponsorship. Located in Iowa State University’s Research Park in Ames, the Pappajohn Center provides companies of all stages with the resources necessary for developing new ventures. This can include undergraduate student-led enterprises, new small businesses or corporate spin-offs. The Pappajohn curriculum, says Diana Wright, Program Coordinator of the Pappajohn Center for Entrepreneurship at Iowa State, acts as a bridge between learning about entrepreneurism from books, and putting those practices into action—particularly in a city like Ames, which acts as a diverse tech incubator.

Wright noted that Pappajohn graduates who attended Monetery were primarily early-stage founders, so they appreciated hearing from other founders who had successfully navigated that stage of their companies. They also appreciated the emphasis on networking and working with diverse teams.

“Founders need to pay attention and not surround themselves with like-minded people,” Wright says. “A technical person may not need to hire another technical person. As they go through the program they start to understand this.”

As a way to practice what she preaches, Wright was also able to use the networking breaks at Monetery to reconnect with familiar faces in the Des Moines tech community and line up mentors for some of her students.

Monetery 2019 speaker Ben Milne, Founder and CEO of Dwolla, told the room that if somebody didn’t know who you are, you should use that opportunity to grow your network.

“We know the ecosystem is pretty small and a lot of us know one another, but looking at the attendee list, I saw a lot of people who I don’t know,” Milne said. “Getting more connected to one another is incredibly important and one of the reasons we chose this venue. It’s hard not to run into someone and, throughout the day, hopefully everybody gets more connections—not less.”

Following Milne’s opening remarks, Martina Lauchengco, an Operating Partner at Costanoa Ventures, moderated a panel about the “real measures of startup success.” One of the attendees, BeyondHQ design and marketing contractor Sarah Zuhlsdorf, said that her team was constantly keeping an eye on a number of emerging tech communities—including Des Moines—to make sure they were on top of the latest startup success stories. As part of that curiosity, she decided to attend Monetery—her first visit to Des Moines—because her firm believed in taking portfolio companies on 24-hour visits to cities to help them cross the “mental chasm” between a city’s perception and its reality. “City visits help bridge that,” Zuhlsdorf said.

Zuhlsdorf also admitted that the Midwest is still overlooked in many circles as an emerging tech community. But with the help of events like Monetery, Zuhlsdorf said she believes that will change quickly.

“Companies are starting to learn that there is talent in the Midwest,” Zuhlsdorf said. “It’s just not general knowledge.”

As Monterey continued, the need for diversity within one’s team and community was a theme that speakers returned to time and again.

Lauchengco noted that most founders are aware of the need to hire diverse candidates, but as companies start moving faster, founders go with what is most familiar to them. One of Costanoa’s portfolio companies, she explained, was led by a former professor at Stanford University—who then proceeded to hire a bunch of ex-Stanford graduates. “It’s natural and he felt like he could trust them,” Lauchengco explained. “So for me, it’s accidental not intentional. All of a sudden there are six people who became a tribe. Because when you are trying to go fast, you go with what you know.”

Albert Wenger, managing partner at Union Square Ventures and a speaker on Lauchengco’s panel, said the same is true for how USV was built.

“We were five middle-aged white partners,” says Wenger, who “needed to be more intentional about bringing people in.”

Slowly, Wenger says he’s starting to see progress through initiatives like the “All Raise” effort to help promote and organize women investors. “These things take time but the direction we are headed seems to be in the right direction,” Wenger says. “There are lots of positive developments. We can’t after one year or several years claim victory.”

Lauchengco put the time frame at 10 years, saying that she hoped that in 10 years time, companies and founders would be considerably more diverse and inclusive. She’s already starting to see entrepreneurs press their VCs more about the issue.

“When [entrepreneurs] go into a room and see all men, people take notice,” she says. “It used to be the norm but now entrepreneurs are asking ‘What’s wrong with that firm?’”

At the end of the day, Lauchengco says everything still comes down to business performance.

“Those companies with diverse teams, it’s been proven with every data set that they are better performing teams and better performing companies,” Lauchengco says. “The last two years, the general awareness around the issue has only grown, so having the conversation is a start. But it’s 1,000 small actions, we’ve had the shift and there are more men advocating for this. All of that makes a difference.”

When everyone—big and small—has a seat at the table, that’s how an inclusive tech ecosystem grows.