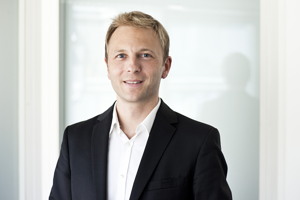 Henning Lange, founder and CEO of Giant Swarm, has heard the murmurs about there being too much software out there. He agrees—kind of. It’s not that there are too many software platforms available, it’s that there is too much bad software available.

That’s why he and his Cologne-based company are committed to providing their customers with an agile and ageless managed microservices infrastructure. One that won’t crumble as their clients scale and won’t get rendered useless when a younger, hotter software architecture rolls into town.

“They should ask themselves, ‘Is that something that is our core business, or not?’” Lange says. “‘Should we just partner up with somebody like Giant Swarm who could take that over, deliver a better experience, speed up our whole development, in general, and even be more cost-efficient in the long run?’ That’s where we add a lot of value.”

The inspiration to create a company so focused on software infrastructure came when Lange realized he could help customers solve a problem he had experienced during his time starting a data-driven advertising platform. “We had to build an infrastructure ourselves, which we did on AWS at that time,” he says. “We had to maintain it and monitor it. And that wasn’t the core of our business. So we lost a lot of our development resources focusing on infrastructure instead of on our product.”

Following the sale of that company in 2013, Lange and his team realized how many other companies also had great ideas but were losing valuable time and money building out the bones of their platforms. So Lange set out to create a company that could do that for them.

Imperative in Giant Swarm’s growth is the mindset that they’re not tied to a single software trend. Instead, they emphasize managing microservices with an uncanny ability to evolve with an ever-changing market. Their customers have no way of knowing which way that evolving software market is headed in the coming years, but thanks to Giant Swarm, they don’t have to.

“Technology become[s] interchangeable,” says Lange. “But what will not go away is the complexity below. If you’re on software across different data centers, on different devices, on the edge, etc., the work is really complex. We want to take the complexity out of it for our customers. And whatever technology that involves, we’re going to be there, going to support it, and operate it for them.”