HackerEarth Scales Up Continuous Integration for Future Needs with AWS 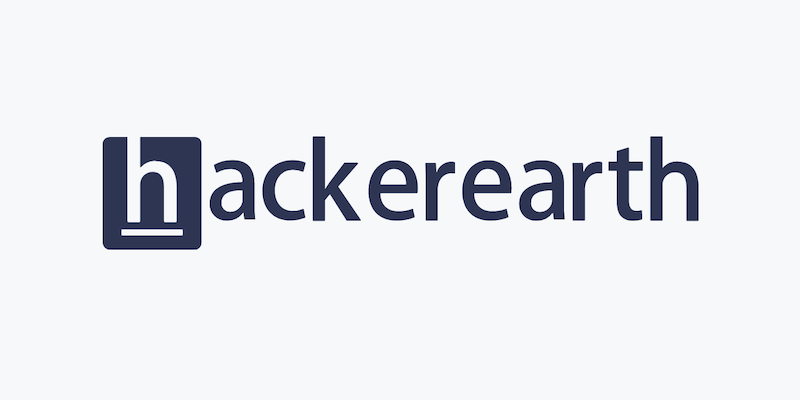 HackerEarth provides enterprise software that helps organizations with their technical hiring needs. HackerEarth is used by organizations for technical skill assessment and remote video interviewing. Since its inception in 2012, HackerEarth has built a base of 5.5M+ developers, along with a community around it.

One of the goals of every fast-paced organization is to have a Continuous Integration (CI) pipeline that ensures every check-in is best verified before it can be pushed to production. HackerEarth wanted to achieve a CI model that has enough safety nets for every check-in that goes into each Pull Request (PR), as well as make the process scalable and cost effective. The safety nets in the CI pipeline includes unit tests, integration tests, functional tests, security tests, and static code analysis. These safety nets in the pipeline provide constructive feedback for the PR, and the necessary steps are then taken to mitigate the gaps. For integration tests in this pipeline, HackerEarth used AWS CodeBuild along with Amazon S3 and Amazon Elastic Container Registry (Amazon ECR).

What does Continuous Integration mean?

For a robust CI pipeline, each line of code written should be well tested before code changes are merged back to trunk in the code repository. For every check-in, HackerEarth wanted to have a pipeline that runs a series of tests (static code analysis, unit, integration, security tests among others) to ensure its mergeability (pass a set of checks before they can be merged). This helps in identifying major issues well in advance in the deployment cycle and prevents issues from going to production. While HackerEarth had this setup in place for some time, it had a few disadvantages, including high cost, high maintenance, and scalability limitations. The team was looking to solve this problem and prepare it for future scalability needs. In the process, HackerEarth discovered AWS CodeBuild, a fully managed continuous integration service that compiles source code, runs tests, and produces software packages that are ready to deploy. Before we jump into how AWS CodeBuild has simplified the process, let us walk through the problems associated with our former architecture. 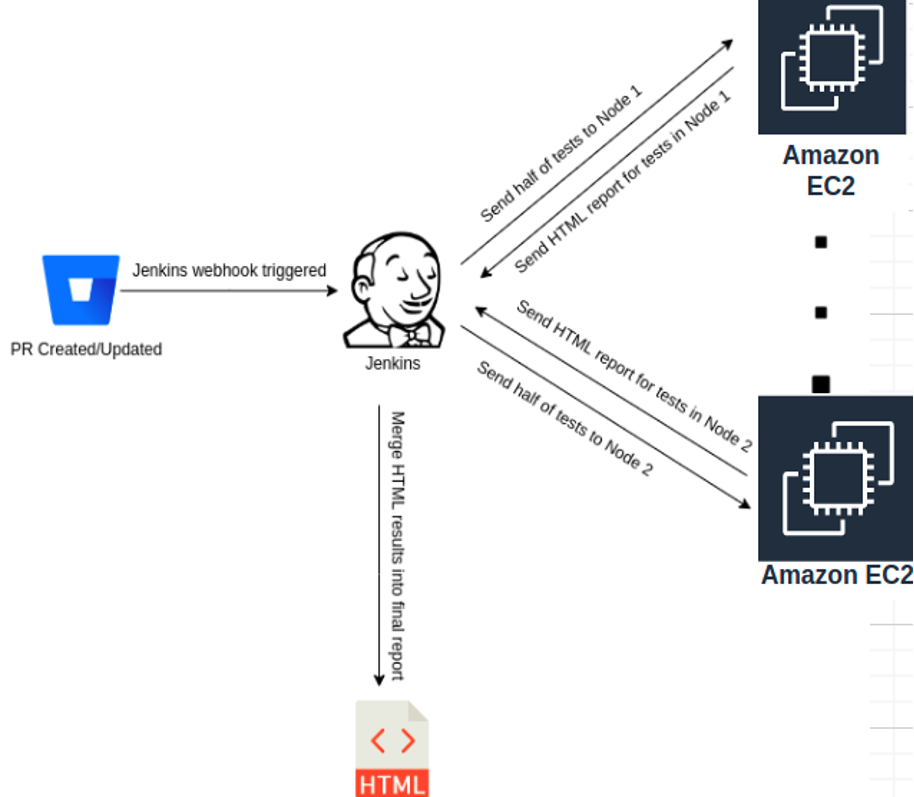 Here is what would happen in the former architecture when a PR was created or updated by a developer:

Note: These two EC2 instances that ran all the time would have already been configured with required services like Redis, MongoDB, rabbitMQ, and MySQL database.

3. After the tests, Jenkins would collect the test reports from both machines and merge them into the final HTML report.

Problems with the former architecture:

HackerEarth’s goal was to fix all the problems mentioned above to simplify the CI pipeline and make it as efficient as possible. The team realized AWS CodeBuild was the single answer to all the problems.  It is a fully managed continuous integration service that compiles source code, runs tests, and produces software packages that are ready to deploy. With CodeBuild, you don’t need to provision, manage, and scale your own build servers. It scales based on your build needs (observing service limits), and you pay for only the time you use it! 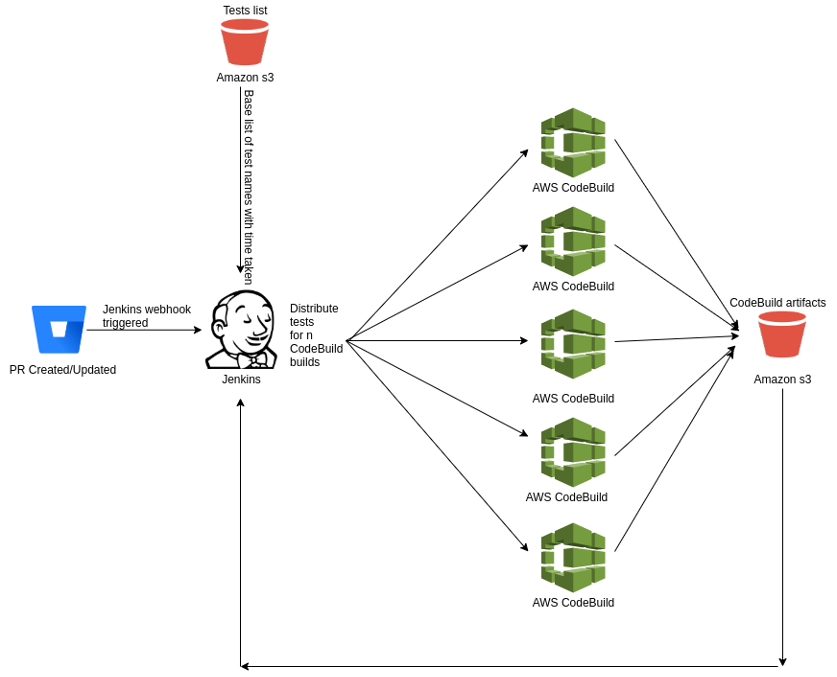 Here is what would happen in the new architecture when a PR was created or updated by a developer: 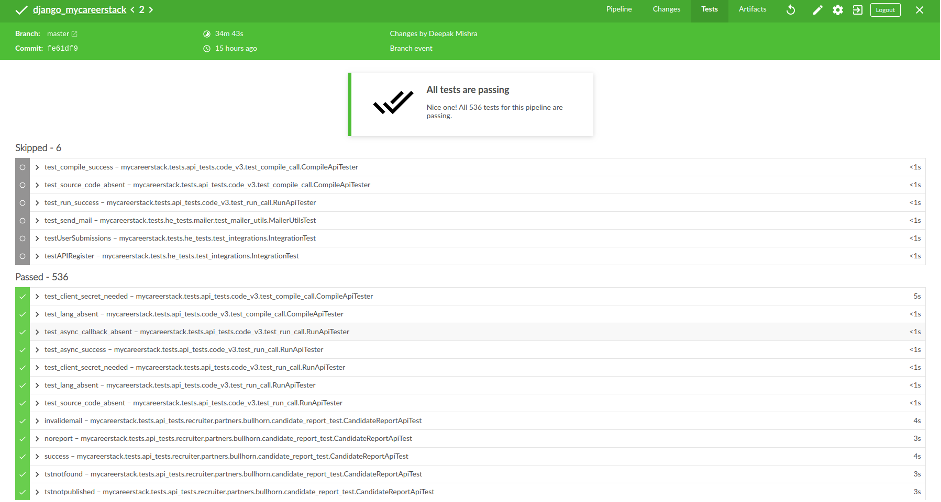 Since tight integration with Jenkins already existed, the team leveraged AWS CodeBuild Jenkins plugin (instead of AWS Codebuild support for webhooks with Bitbucket).

3. Buildspec:
You can create a file called buildspec.yml in your project directory. A sample of builspec.yml shown below pulls an Amazon ECR image and runs its own container, sets it up with required services and DB (setup.sh), runs the tests, and uploads the results to S3 for each build.

4. Artifacts:
Amazon S3 (Create a bucket in S3 and provide the bucket name in the configuration. Also, provide a namespace as BUILD ID if you want the artifacts for each build separately.)

Refer to the build specification reference for CodeBuild for additional details.

HackerEarth solved all the issues in their former architecture and reduced 50% of the cost per PR build using AWS CodeBuild, Amazon S3, and Amazon ECR. The benefits included:

All in all, AWS CodeBuild helped HackerEarth reduce cost, reduce build time, all while taking care of managing the undifferentiated heavy lifting of maintenance.