How BYBE is Disrupting the Adult Beverage Industry 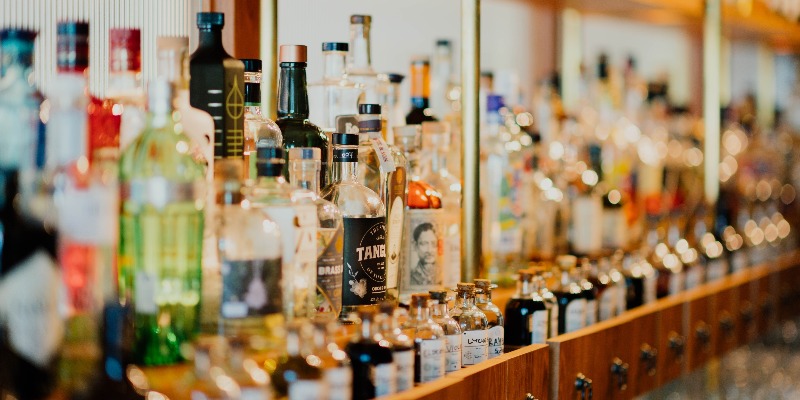 Kevin Mack, BYBE CXO and Co-Founder has always been fascinated with tightly regulated industries—and, with his technology background, he saw the restrictions on alcohol as an exciting engineering problem waiting to be solved. “Where most people see the adult beverage industry as this hard area to get into because of all the restrictions, I saw them as almost technical requirements,” Mack says.

Mack’s co-founder, Drew Knight, previously worked for a beer, wine, and spirits distributor, supplying major brands like Robert Mondavi Wines, Corona, and Kahlua to some of the biggest retailers in the United States. As with other products, these retailers would sometimes offer their customers rebates for alcohol purchases to boost sales. When Knight first started out, these rebates were all in paper form, but soon he noticed that all kinds of rebates, coupons, and rewards were becoming digitized—both via retailers’ own apps and third-party apps, like Shopkick and Checkout 51. Knight says it “made sense” that the large retailers to whom he distributed wanted to promote their own apps rather than the third-party apps. “But,” he says, “there was never a way for digital rebates to be included directly inside their platforms in a legal way.”

That’s because alcohol, in addition to being one of the largest revenue drivers in retail, is also one of the most highly regulated industries in the country, with restrictions that vary from state to state. Knight perceived that these varying restrictions made alcohol difficult to sell via apps, resulting in missed sales opportunities for retailers. “That was really the inspiration and driving force,” he says.

BYBE simplifies digital alcohol promotions by embedding post-purchase rebates for beer, wine, and spirits inside popular retail apps and websites. “We integrate directly in their backend systems to provide discounts on the adult beverage category,” Mack explains. “Because of BYBE, retailers can now show beer, wine, and spirits rebates directly inside their applications, the same way that you see discounts for any other category.”

BYBE also eliminates the hassle of mail-in rebates for consumers with its freestanding BYBE App. Consumers can use the app to browse through available offers, and after purchasing a product, they can simply upload a photo of their receipt to receive their rebate via Paypal or prepaid Mastercard card within 48 hours.

The app can also introduce users to new wines, beers, and spirits that they might not otherwise encounter or think to try. “A lot of times it’s awareness,” Mack says. “There’s new releases coming out all the time and you may not know about it.”

BYBE has already proven that its technology can work with multiple retailers (including Target and Speedway, two of the biggest alcohol retailers in the country). Now, Knight says, “it’s about transforming that product into a company, creating scalable processes to drive growth.” The next product on the horizon is the BYBE Dashboard, which allows BYBE to see live time processing of purchases and rebates as they happen.

“Overall,” Knight asserts, “digital presence for beer, wine, spirits is critical to the success of the category. Right now, beer, wine, spirits is slow to transition to ecommerce and digital relative to other moving consumer categories.” He is confident that BYBE will be instrumental in getting that category up to speed.