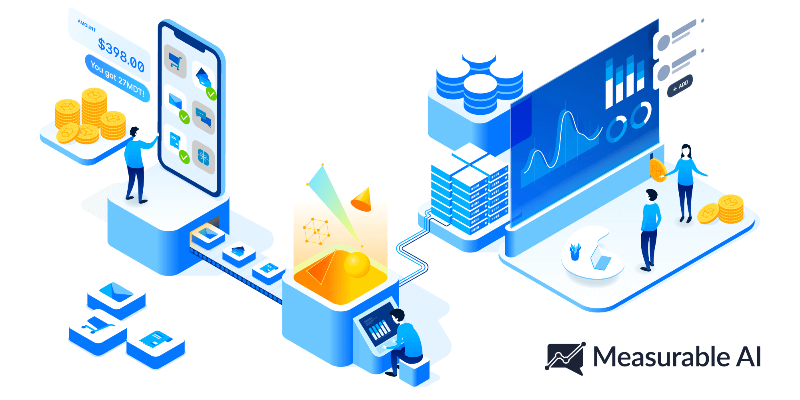 Any entrepreneur worth her salt will tell you that to stay relevant in the tech marketplace, you need to be agile. Smart business leaders know to follow consumer demand, finding ways to use their expertise and experiences to tap into new product territories. After all, the failure rate for startups is roughly 80 percent—if you’re not constantly looking for ways to improve, you might as well bid your business career a fond farewell.

Heatherm Huang, founder of MailTime, and now Measurable AI, knows this well and has stayed ahead of the curve in his entrepreneurial endeavors, starting in 2011 with TalkBox, the world’s first push-to-talk messaging app. “I believe a push-to-talk feature is now already in every messaging app,” he explains, “but we were the first ones to do it.” The technology caught on quickly. “After two months, we became the number-one messaging app in China and in some countries in Southeast Asia.” That kind of innovation and rapid growth didn’t go unnoticed on the corporate stage, either. Huang explains that as result of TalkBox’s mass popularity, the company “got all these tech giants trying to acquire us, including social giants like Tencent.” The team declined the offers, and TalkBox was ultimately outpaced by subsequent voice-messaging apps. Still, the story of the company’s meteoric rise was so illustrious, it inspired a novel and a popular Chinese television series <Entrepreneurial Age>, known as the Chinese version of HBO <Silicon Valley>.

Ever on the move, by 2015 Huang had launched MailTime, an app designed to bring the ease and clarity of chat conversations to email. “In the year of 2014–15, it was the messaging trend, right? But people still need to use email, so we made email like chat. That’s how we got the first million users,” says Huang. In MailTime, email content appears in chat bubbles, stripped of the cumbersome metadata that usually accompanies it. Communications become conversations rather than threads, and recipients are easily looped in to ongoing chats. As Huang explains, “Email is actually the best protocol to do that, because with an email ID, you can actually reach anyone in the world. You don’t need to worry about what service the recipient is using.”

MailTime received glowing reviews, but rather than rest on their innovative laurels, Huang and his team began looking for ways to make the most of their product. They knew that given its expansive user base, MailTime was already managing a wealth of real-time information, and this sparked the idea for Measurable AI. Huang explains that nowadays when people buy consumer products online, including in-app purchases and subscriptions, they usually receive email receipts. “Basically, we aggregate all the email receipt data, like transactional data in the email receipts, make sure everything is anonymized, and then we turn it into consumer insights.” Plus, Measurable AI allows users to opt into this process, and those who do are compensated for the use of their data. “We launched a cryptocurrency called Measurable Data Token that we use to reward users for contributing,” Huang says. The result? Of their millions of users, over half have signed up.

While TalkBox and MailTime reconfigured the landscapes of voice messaging and email correspondence, respectively, Measurable AI is building a platform to provide its clients with hyper-current information about sales trends and product retention rates—information that’s in high demand by stakeholders but can otherwise take companies months to compile and release. “These days we are focusing on China, as well as Southeast Asian countries like Indonesia, Vietnam, Malaysia, Singapore,” says Huang. “We want to deliver what the clients really need.” Given his track record,it looks like he’s on to something big. The question is: What’s next?