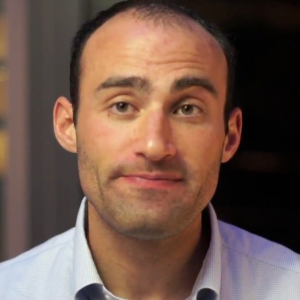 Joel Yarmon is a Partner at Pipeline Capital Partners, a seed stage enterprise and consumer investment firm located in the Bay Area. At the AWS re:Invent 2014 conference last November, Joel joined other venture capitalists to discuss the next wave of cloud innovation, the pleasant and unpleasant surprises that can crop up in the investment world, and emerging startup hotspots for cloud apps and infrastructure. In this post, he continues the conversation and shares some insights all founders should know.

Taking money in Silicon Valley these days is almost easier than going to the ATM. Turn around and there’s another previously unknown startup taking in seven or eight figures. Interest rates are low, money is cheap. It wasn’t always this way, and after almost a decade of investing, I’ve collected a few tips that might help as you think about raising capital.

FrieNDA: the NDA for Friends

When I’m speaking at conferences, I often go off script or make jokes that I wouldn’t want repeated/retweeted en masse:

<humor> I was the first investor in Apple but Jobs cut me out. </humor>

<humor> Those guys from [BigNameVC] make you sell your first born before giving you a term sheet </humor>.

In this business, it takes years to build up a reputation but only one event to besmirch it. When you’re pitching to investors, you won’t get them to sign an NDA but there’s an expected, though unwritten, rule that what you say won’t be rebroadcast to the general public. Nevertheless, assume that everything you communicate to a VC will eventually be public or shown to your competitors, and act accordingly. A healthy dose of paranoia isn’t the worst thing in the world (more on this later).

Know Your VC (and Their Value)

Every now and then, I get an email from an entrepreneur who is very excited to work with me and my firm, ABC Capital (name changed to protect the innocent). Except I don’t work at ABC. Similarly, I sometimes get blind introductions to a cleantech startup raising its $15 million Series B. A quick look at my portfolio, Crunchbase/Twitter, or bio tells you I’m a seed stage investor who is focused on enterprise and consumer businesses. A little due diligence up front will save you lots in the end. Identify the VCs that match your business goals by learning about their investments: stage, amount of capital typically invested, sector, complementary/competitive portfolio companies, value add, and CEOs or companies you admire that they’ve invested in. Avoid party rounds (50 investors writing checks for $50k each) because when the going gets tough, few will own enough to care. At the other end of the barbell, try to avoid having only one investor: lenders of first and last resort have all the negotiating power. Instead, build a syndicate of value-add investors who individually don’t move your needle 100%, but together bring enough to the table to get you to your next stage/round/milestone.

Venture capital can be highly dilutive and is often referred to as the next closest commitment to a marriage, because only fools rush in. Be sure when you e-sign on that digital line that you’re working with the right team of investors and raising capital appropriate to the goals you need to accomplish in the next 12–18 months. There are three main reasons to take venture capital:

A word of caution: understand cap table math, dilution, liquidation preferences, and all the specialized lawyer terms buried in your 100+ page financing documents. Recognize what your ownership level is now vs. taking more money (dilution). If you have an offer to sell your company today for $40 million and you own 50% vs. taking $10 million and diluting yourself, what would you have to then sell for and how many years will that take for you to make the EXACT SAME amount you’d make selling for $40 million today? Is that worth it?

There are other reasons to take venture capital, but experience, connections, and money often rank highest.

Venture capital used to be all equity: we agree on a price to value your company at, I give you money, and you give me shares. Today’s faster and cheaper investment world has seen the rise of the note and its variants. There are arguments for and against both; however, eventually a successful company will see their notes convert into equity. Much has been written on the merits of notes vs. equity, so I will only refer you back to my point on cap table math and urge you to do your homework. Understand what happens, for example, to your note with a $20 million cap and 25% discount, when your next round’s pre-money valuation comes in at $23 million.

Have a Life (or Get One)

Your customers probably aren’t nerds who live their entire lives in windowless rooms with green-screen tans, banging out code all day long. They’re well-rounded people who have other things going on in addition to gushing about how great YOUR product or service is. You should be the same. One-dimensional founders are rarely as successful as their well-rounded competitors. Business deals happen at golf courses, ski resorts, bars, hackathons, charity events, etc.

Work to Live > Live to Work.

After seven years producing some major wins at Draper Associates, including the acquisition of Twitch by Amazon (thanks, Jeff!), Joel is off on his next adventure with a new fund, Pipeline Capital Partners. twitter.com/joelyarmon