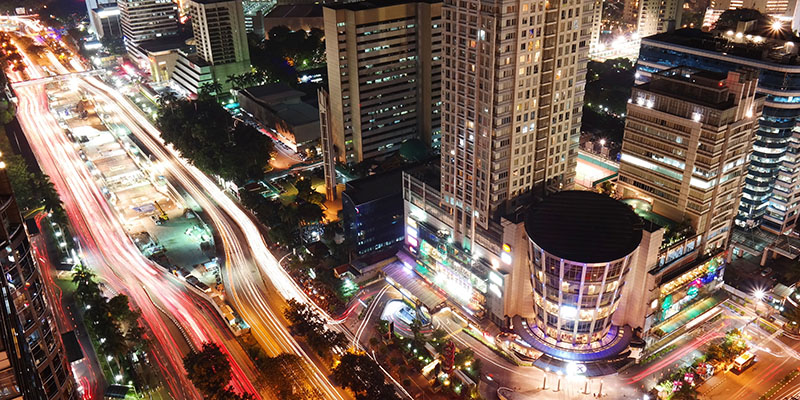 Indonesia, the fourth largest country in the world with 262 million people, is a fertile ground for startups. But that wasn’t always the case.

Following an economic crisis in the late 1990s, the country mostly missed the first round of Web innovation. And it’s not easy to get around. With over 18,000 islands, scaling both physical services and internet access can be challenging.

But smart tech entrepreneurs are breaking the barriers. Four “unicorn” companies worth over $1 billion have emerged this year: Go-Jek, a ride hailing company; Traveloka, which focuses on domestic travel; and e-commerce companies Tokopedia and Bukalapak.

Jason Lamuda, whose daily deals startup Disdus was acquired by Groupon in 2011, says slow smartphone adoption affected earlier startups. “When we were acquired by Groupon, 90 percent of our sales still came from desktop or laptop.”

As in most developing markets, PCs were a luxury, owned by only a tiny portion of the population. Smartphones, on the other hand, are an everyone product. By 2015, there were 52 million smartphones in the market, and companies like the ride hailing service Go-Jek were beginning to boom. Now, in 2018, the country is home to 100 million smartphone users.

After leaving Groupon, Lamuda and his wife started an online fashion retailer called Berrybenka. Later, they began opening retail stores — an unusual move for ecommerce startups. But unusual is typical for the Indonesian market, where the unique mix of challenges requires well-worn startup ideas to adapt.

Entrepreneurs can’t figure out these challenges without being in the country, says Donald Wihardja, a partner at Convergent Ventures. He gives the example of food delivery. In the US, a user browses menus in an app, makes an order, and waits for it. It’s a simple process that lets startups focus on design and user experience.

In Indonesia, a food app may launch with an ugly design and barely any menus available — yet still succeed off other merits. Drivers, for instance, often call the customer right away when an order is placed. “I tell them, you know that movie theater and in front there’s a food seller? I want that. You tell me what the price is. In Indonesia that works,” he says. “In fact, all the ride share people in Indonesia discovered that when an order comes in, you text—or better yet—call. Your cancellation rates drop by 40%. You’ll never see that from a driver in the US!”

Trial and error localization is just part of the picture. Since Indonesia is a country of corporate conglomerates and near-monopolies, startups need to find partners, whether they’re trying to book rides or sell movie tickets. “There are other stakeholders that need to agree, ‘Okay you can actually do this,’ or, ‘I will open up the channel or the opportunity for you to do this’,” says Joe. Relationships are crucial.

With the current crop of unicorns almost entirely in ecommerce verticals, tech entrepreneurs are looking to new frontiers. Fintech is the current hot field.

Less than half of Indonesians have a bank account. Only 3% have credit cards. And without financial histories or assets, small business owners can find it nearly impossible to get a loan to expand their business.

The problem for banks is that they’re saddled with expensive Know Your Customer (KYC) requirements, which require in-person visits and old school reams of paperwork. “A couple of years ago when I visited back in Indonesia, my sister was looking to get a mortgage. The process was basically that she had to visit every single bank and bring a whole lot of documents and things like that. So, I figured, ‘You know what? There must be a better way of doing this,’” says Andhy Koesnander, the co-founder of Cermati, which offers an easier route to financial products like loans and credit cards.

Companies like Cermati rely on an improving regulatory atmosphere. The administration of President Joko Widodo has helped by defining rules for fintech startups, which also makes it easier for banks to work with or acquire those startups.

Some business models require going outside of banks entirely. Reynold Wijaya, co-founder of Southeast Asian peer-to-peer lender Funding Societies as well as co-founder of the lending startup Modalku, says VCs and potential partners were at first skeptical of his company’s plan — so far successful — to issue loans based on data-like mobile phone records. “For example, there is a proven claim that if you have a lot of gambling apps on your mobile, you will be less likely to pay back,” says Wijaya.

Opportunity remains, and may go beyond just Indonesia. “We have $170 billion in small and medium-sized enterprises lending required demand, and $70 billion of that is served by loan sharks,” says Widhardja. “Every developing nation has the same problem. The hope for Indonesia is if you’re successful, Philippines, Thailand, Vietnam will be a similar thing.”

A Call for Local Talent

“Two years ago when people said, ‘What are the blockers for the digital economy growth in Indonesia?’ A lot of common answers are internet penetration, logistics, and payments. Now those problems are pretty much fixed,” says Joe. The blocker today is talent.

Local Indonesians are smart and hard-working. But without a history of tech in the country, experience in scaling apps and services is lacking. “You have to have amazing application skills. There’s a really small pool of talent to build up that industry in Indonesia, and that’s a huge challenge,” says Afia Fitriati, co-founder of Gadjian, an HR-management software.

The country is responding, among other ways, by introducing coding to the national curriculum. But that doesn’t address the current shortage. Fitriati sees people attempting an accelerated approach. “People are just so frustrated about the problem I see more vocational schools for people to learn to code. It’s more like a fast track program for people to build our developer moments.”

Many successful entrepreneurs, though, have international experience. The three founders of Koesnander’s company, for example, worked at Google, LinkedIn, and Microsoft. “There are a whole gang of people with experience like us in the U.S.,” he says. “We can definitely do something over there, but I think the impact will be much bigger here.”

Even Go-Jek, arguably the country’s most successful startup, resorted to importing talent in the form of two acquired companies from India. Widhardja calls out skilled developers who left because there were no opportunities back home. “If you ever wanted to make a difference, your contribution is needed here. If you have skills that you have honed in the States, we desperately need those skills here. This is the right moment for Indonesia.”