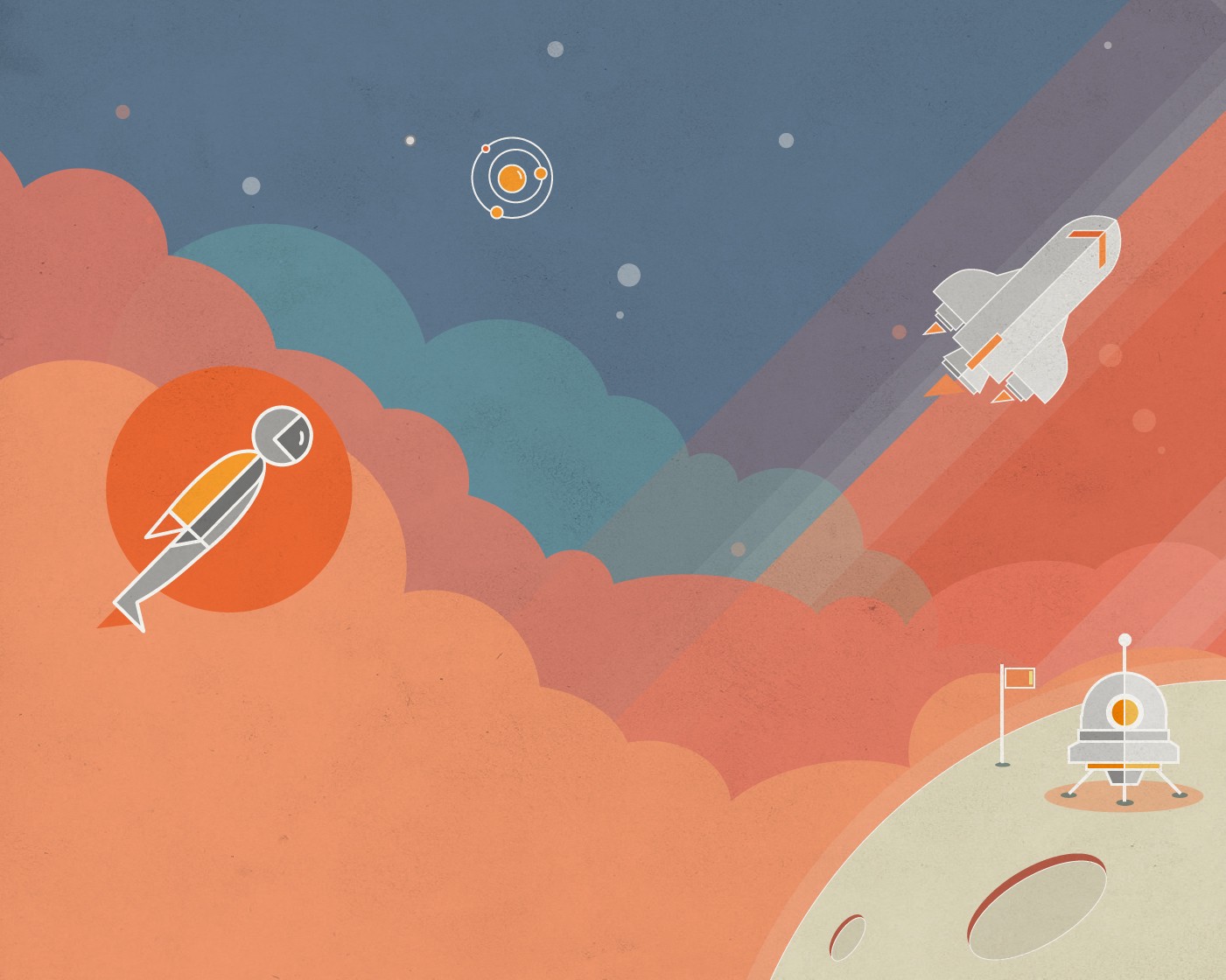 Postman started off as a simple side project. In 2010, my cofounder, Abhinav, and I were working together at Yahoo, where we developed the front end for Yahoo’s content management platform. To interact with the REST APIs of the platform, we were using cURL, which was both tedious and error prone. Post Yahoo, Abhinav moved on to establish his first startup, where he faced similar frustrations with API development. He developed a solution by writing the first version of Postman and publishing it on the Chrome Web Store. Postman grew rapidly through word of mouth, reflecting the global need for a well-designed developer tool for APIs. We soon had more than one million users.

In March 2015, we built on the success of Postman by launching our Postman Sync service. Here are just a few of the tasks you can perform with Sync:

We developed Sync around the three core tenets of security, reliability, and availability. Because the Sync service would be available for our entire user base, we knew we would hit scalability concerns hard and fast, so we architected the system for it in the following ways:

Architecturally, we seemed at the time to have made most of the right choices. We began to serve thousands of incoming requests per hour. However, in terms of infrastructure we began to struggle with peak hour load. We had leased servers from a major provider that did not offer elastic scalability. We had to carefully observe a very limited set of load parameters, and manually clone and add machines to the load balancer. This was not the most reliable approach, and with our infrastructure getting increasingly tuned for the upper echelons of traffic load, it wasn’t feasible going forward from both a cost and an operational perspective. MySQL and Redis management was also proving to be fairly manual and relatively unmanaged.

At this point, we began researching other options and finally settled on AWS for its immense flexibility. Here are some of our favorite AWS services and features that have helped us achieve our goal of high availability: 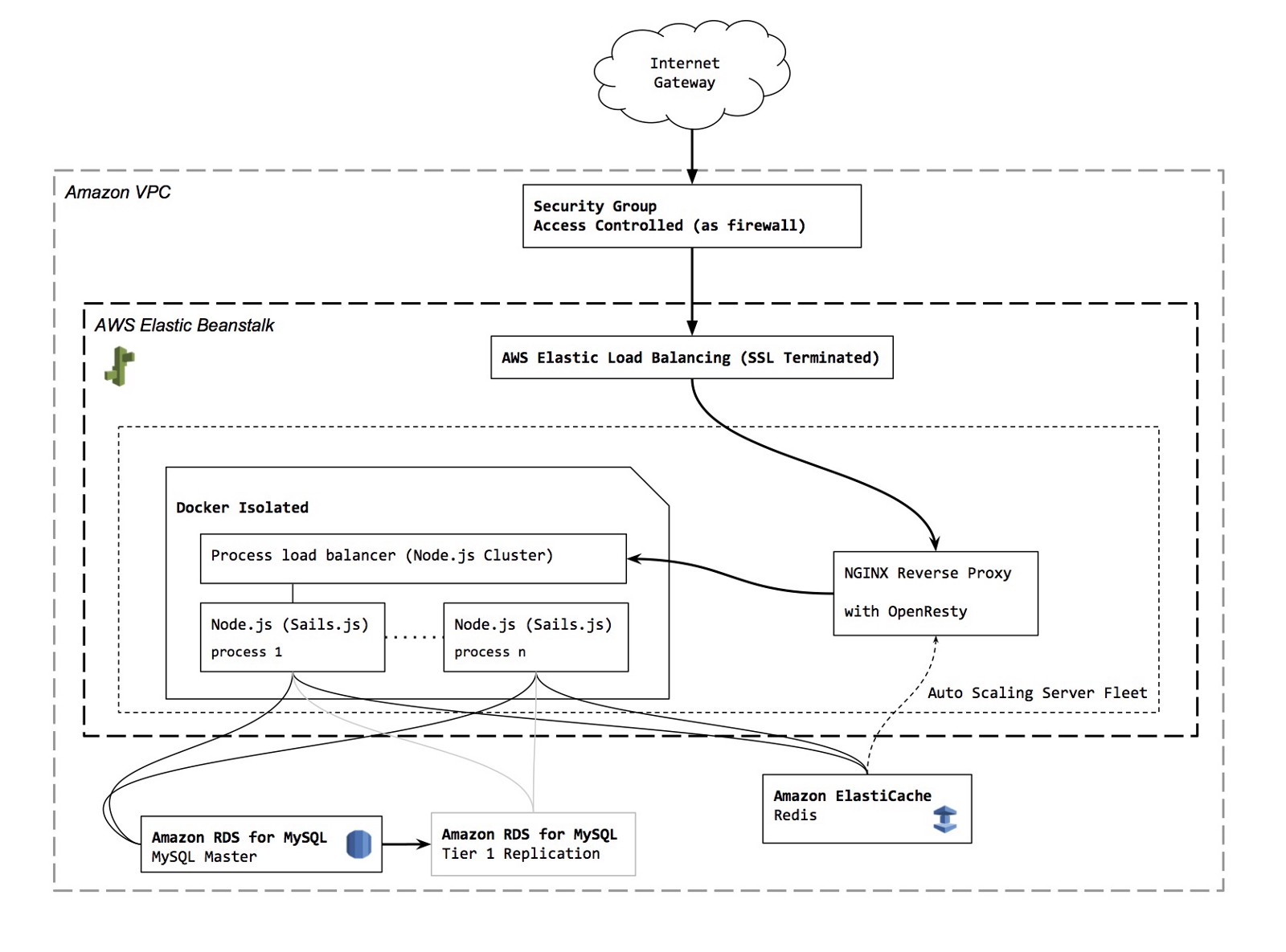 Above is a peek into our AWS infrastructure. Dockerized instances run our node app, load balanced across multiple CPU cores. Each app uses shared Session and Socket stores powered by Amazon ElastiCache for Redis and a database powered by Amazon RDS for MySQL. The dockerized instances scale automatically and are load balanced by AWS Elastic Beanstalk. We also use an NGINX Reverse Proxy, with OpenResty protection, to rate-limit incoming traffic.

Even before our migration to AWS, we had a number of security practices in place, including communication encryption, sensitive data encryption, and systems access protection. However, AWS provided us with a hardware firewall to extend blanket protection across all servers. With AWS, we get security benefits like the following:

We have had a great experience with AWS so far. Two offerings that we are particularly excited about using in the near future are Amazon RDS for Aurora and AWS Lambda. Aurora promises to be significantly faster and cheaper, while maintaining MySQL compatibility. Lambda has the potential to replace a whole host of our housekeeping services, particularly around data analytics and archival. We already use Lambda functions to push our CloudWatch metrics to Slack.

APIs are becoming ubiquitous in the consumer and the enterprise landscape, through the growth of IoTs and an increased focus on microservices. AWS has helped us scale reliably in a performant manner. We are signing up thousands of users for Postman Sync daily, without breaking a sweat. We will launch some amazing services based on Sync in the coming weeks, furthering our core goal of improving developer productivity.