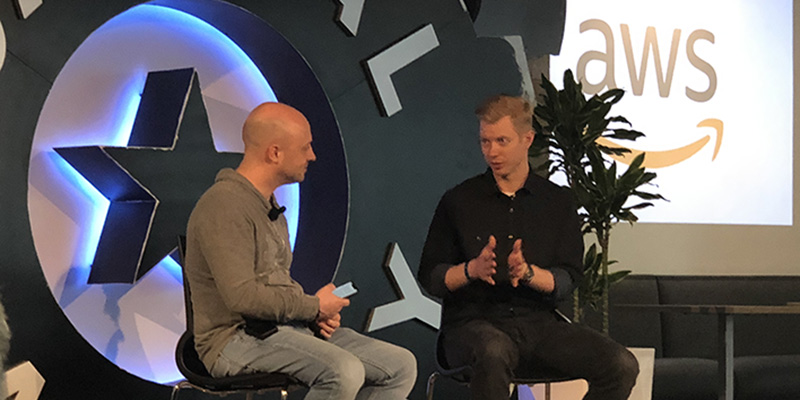 Steve Huffman knows a thing or two about rebuilding. In 2015, the co-founder of reddit returned to the online community as its CEO 10 years after co-founding the site with his college roommate Alexis Ohanian—and following a series of interim leaders and unsavory episodes involving hate speech. He has since worked hard to rebuild employee morale and the company’s image at a time when extremist views are center stage.

“Reddit certainly has a role to play in this conversation, especially around divisive issues,” says Huffman, who recently spoke at an SXSW fireside chat hosted by AWS. “There’s no opinion that doesn’t go unchallenged on the site. We obviously prefer that it gets challenged in a healthy way, but that’s not always the case.” He also notes that while the conversations people are having about politics and social issues are unproductive right now, the tone is already starting to shift back toward the middle.

“I am a big believer in self-healing, and even if we did nothing, the tone will shift back and improve in the long run,” he says, pointing to the growing respect for high-quality journalist as proof.

Huffman adds that reddit is in a “state of evolution.” While he has largely promoted the idea that humans should do the “hard part” of maintaining the free-wheeling site, he acknowledges that we live in an era when, thanks to cloud computing services like AWS, everyone now has much more access to computer power and it would be silly not to use computers and automation to address problems like spam. “There’s a great big world of technology out there,” he says. “We should use it.”

As part of reddit’s evolution, Huffman is also working on improving the diversity of the company (“If we want more women on the site, we need more women on the product team.”) and helping enterprises and larger companies navigate the famously free-wheeling site. “I don’t think the company-customer relationship has to be so one-sided,” he says. “We want to make It healthier for people who want to have a home on reddit and do things the right way and be supportive of their communities. We’re trying to build products that make that process easier.”

So with so many projects and initiatives in the works, does Huffman still have time to scroll through the site that he runs? “I spend a lot of time on reddit still,” he says. “Probably an hour in the morning, an hour at night, and when I get bored in meetings. Though the best part is that I can now call my browsing QA.”