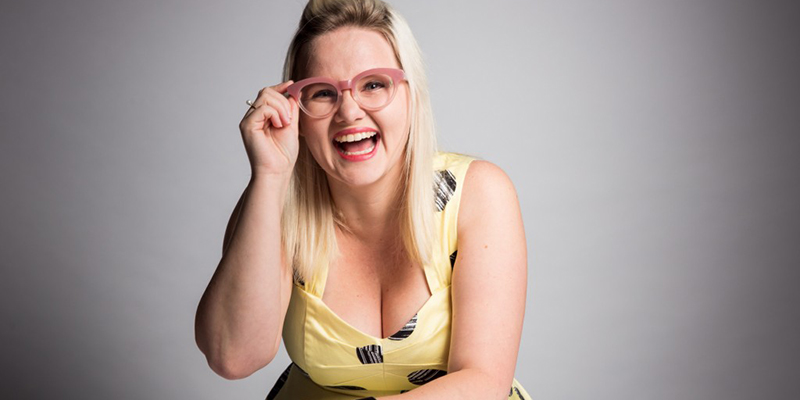 On International Women’s Day 2014, Sarah Moran sat down with the women who would become her fellow Girl Geek Academy co-founders to lament the state of hackathons—events, which can go on for days, focused on bringing tech minds together to build products, launch apps, and engage in collaborative computer programming.

Sarah and her friends had attended several of these and had noticed a disturbing lack of women.

“We were sick of going to Hackathons where it’s just all men. Or they give us crappy food. They want us to hack away into the night and get all dirty and sweaty, and we were like, what would happen if we re-designed that experience and made it more women friendly?”

What if? What would a woman friendly hackathon look like? These are the questions that built the foundations of Girl Geek Academy, a collection of skilled digital professionals focused on increasing the number of women with successful STEM careers.

“We came up with the idea of #SheHacks, and we didn’t realize until afterward that it was the first time that, globally, anyone had brought together an all women hacker club.”

This realization led Sarah and her friends to found a company with initiatives in coding, 3D printing and wearables, game development, design, entrepreneurship, and startups. And it all got started at girls’ night.

“It came out of a few kindred spirits in the tech community who liked to catch up for dinner,” Sarah told us. “It got massive. We got 400 people at a time. We were like, ‘Oh, we need to do more.’”

Sarah and her fellow co-founders used conversations they had over their dinners to lay out the format for a reimagined all-woman hackathon. Whereas traditional hackathons are all about endurance—long hours of pitching plus all nighters—the Girl Geek Academy’s #SheHacks event plays to women’s strengths, giving them an opportunity to work in an environment designed to help women succeed.

What else sets #SheHacks apart from the male-dominated hackathons of the past?

“We have on-site childcare,” says Sarah. “We have yoga breaks.”

Another key part of #SheHacks’ unique format is bringing women together into teams early on, rather than going through a prolonged pitching process.

“We don’t have time to sit there for three hours … listening to people pitch most of the time.”

Instead, #SheHacks participants are given dinner and put into teams. These teams consist of one “hacker” who will handle the coding, one “hustler” in charge of product managing and marketing, and one “hipster” in charge of making the project look good.

Together, this team comes up with a collaborative project they all want to work on. And so far, it’s been a huge success. #SheHacks has grown into the largest all-women hackathon in the Southern Hemisphere, with $550,000 raised from the Australian government for social initiatives.

So what’s next for the Girl Geek Academy team?

“Late last year we started teaching five to eight year old girls how to code, and now we do teacher training,” says Sarah. With the goal of creating inclusive environments from women in tech at an early age, the Girl Geek Academy co-founders have now launched their own teaching program, which focuses on giving teachers to tools to bring coding to young girls.

The Girl Geek Academy team realized, “if we just started training women … ten years ago, we could be hiring them today.”

This all comes back to Girl Geek Academy central mission: to help women find success in STEM industries by supporting each other and creating together, the same way men have done in the past.

“What are opportunities to create female friendships? Because that’s how all men started. You go back to all their startups—they’re all mates. They just rang each other up and said, ‘You wanna start a startup?’”

With the help of Sarah and her amazing team, we’re bound to see woman-driven tech projects get their start over dinner more and more.