How to Secure Your Instances with Multi-factor Authentication

At AWS, security is our top priority so we recommend that customers implement security controls in every layer of their applications. In this blog post, I am going to walk through implementing an additional layer of authentication security for your EC2 instances by requiring two-factor authentication for administrators to use SSH to connect.

When you create an EC2 instance you are prompted to create or select a previously-created key pair for the instance so that you can SSH into the box. That key pair is downloaded and stays on your local machine. The risk here is if your local machine is compromised. Then, any user who has this key pair and the username now has full access to your instances. In order to make access to the instances more secure to help prevent a breach, you should put additional controls. One of the best-recommended practices, when it comes to AWS console access, is to have multi-factor authentication (MFA) enabled for the root account and all user accounts. We can take the same idea and enable MFA on an EC2 instance. With MFA enabled, the user login is dependent on what they know (i.e., the password) and what they have (the one-time password generated by an OATH-TOTP app or a physical token). 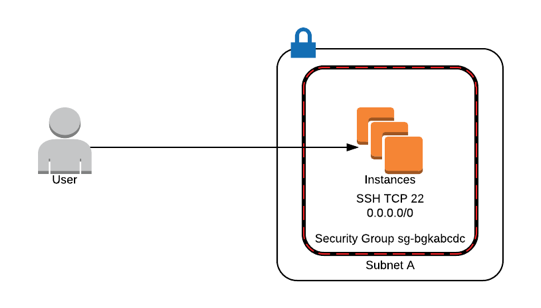 In the example below, MFA is enabled on a Linux instance. To do this we will use Google’s module for Pluggable Authentication Module (PAM) to enable MFA. Install the Google Authenticator app on your devices, which will later be used to generate OTP.

SSH into your EC2 instance the way you normally would and then switch into your root account or use sudo and run:

Once the package is installed, run the initialization app to generate a key for the user you are logged in as (e.g. ec2-user) to add second-factor authentication to that user account.

You will be asked if the authentication tokens used should be time-based. In this example, we will use time-based tokens.

This will generate a URL which will have a QR code that you should scan using your Google Authenticator app, or manually enter the secret key in your app to register your device. Add your account name in the app, and make sure that the time-based option is enabled. Save the secret key, verification code, and scratch codes generated on the instance in a secure place for use if you lose access to the app on the registered device. Each scratch code can be used only once. 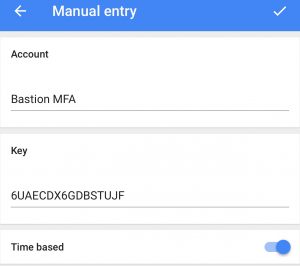 Next, you will be asked if the google_authenticator file should be updated for user ‘ec2-user.’ Typing ‘y’ will save the secret key, scratch codes, and the other configuration options you select later on in the file. You will run the initialization app and go through the same procedure for each user account to enable MFA on each account.

Select ‘n’ for the following question to have three valid codes in a 1:30-minute window unless you are facing issues.

3.     Configure SSH to use the Google Pluggable Authentication Module

Run the following command to make changes to the PAM configuration.

Comment out the password requirement. We just want to use the key pair and the verification code generated on the Google Authenticator app.

Save the file. Next, we need to change the SSH configuration to make it prompt for a second authentication.

Lastly, we need to let SSH know that it should ask for SSH key and a verification code to let us in. At the bottom of the file add:

Save the file. Restart the SSH to let the changes take effect.

To test if it’s working, open a new terminal window and SSH into the instance and you will be asked for a verification code. I didn’t need to enter the keypair because I have it in my SSH-agent. Keep your session in the original terminal window open while you SSH from your new window.

Type the code that’s generated on your Google Authenticator app. 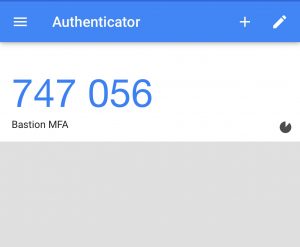 4.     Managing your users and their authentication

There are a few ways you can make multi-factor authentication possible for your users. Each of the following has different security levels.

Paste the public key copied before in:

The above copying process can be automated for all users if you create the file and the directory structure .ssh/authorized_keys in /etc/skel/ directory. Once you do that, the new users created will automatically have these files available in their home directory with proper permissions.

You can also run the following command before creating the users to do what we did above, and the users will be able to log in using their key pair.

To force users to configure MFA on their first login, switch to the root user and create a file mfa.sh in /etc/profile.d/ directory and paste the following script in it.

You can remove the condition for $USER != “root” if you want a prompt for a second-factor authentication when you switch to the root user.

At the bottom of the file /etc/pam.d/sshd, it should have the following statement for the above script to run when users log in.

If the user leaves the organization, just delete the respective user account from your bastion host.

In this blog post, I demonstrated how to set up multi-factor authentication on an EC2 instance and automate the process of running the Google Authenticator application for users logging in for the first time. This ensures that users utilize a combination of the key pair and a Time-Based One-Time password generated on their devices to SSH into the instances.