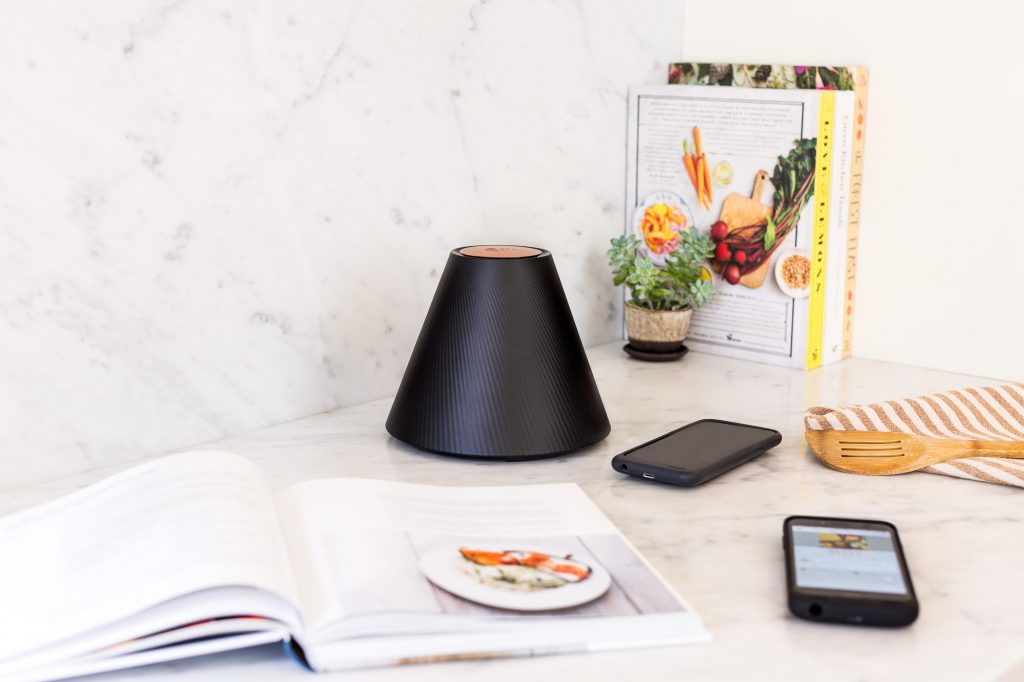 Sometimes going first can have its advantages. Pi, a tech startup based in San Bruno, California that produces wireless charging devices, won the grand prize at the TechCrunch Startup Battlefield at Disrupt 2017. The first of the 22 competitors to give their presentation, Pi impressed two rounds of judges with their device’s ability to charge up to four phones at full speed, as long as they are located within a foot of Pi’s patented power platform.

After winning Startup Battlefield (which is sponsored by AWS) CEO and co-founder John MacDonald shared that he and his co-presenter, Pi CTO and co-founder Lixin Shi, had spent weeks preparing for their pitch. They began rehearsing with TechCrunch six weeks before the event, and they also ran their presentation by trusted friends, family, team members, and mentors. (“My wife has heard this presentation more times than she probably wants to, ever,” said MacDonald.) The team also partly replicated the TechCrunch stage at their offices over the weekends, so they could get comfortable with the on-stage set-up.

MacDonald says the team is thankful that their presentation went smoothly. Although they knew their product worked, “I don’t care if it’s hardware or software, live demos are definitely one of the scariest things” about pitches, he said. “If it hadn’t worked for us, we wouldn’t have won.” 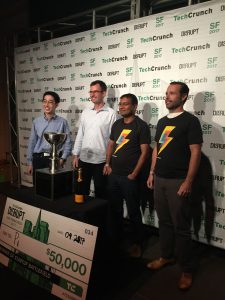 MacDonald is also an advocate of working with people you know, noting that he and Shi first met at an MIT lab in 2014. After becoming entranced by Shi’s lab, which had been working on some ideas around wireless power, he decided to switch from his lab to Shi’s. “What I was working on was cool,” he says about his health device prototypes. “What they were working on was fundamental.”

After a year of working side-by-side, the duo trusted each other implicitly and knew that they would be a match when it came to working on Pi (which was named after MIT’s notorious obsession with the number—plus it “didn’t sound like it was space technology,” said MacDonald).

“I’ve read all the classic entrepreneurship books like ‘The Founder’s Dilemmas’ and there are all these chapters on picking your co-founder and having these really tough, but fair, negotiations,” he said. “At the time we were actually forming the company, I’d worked with Lixin in a lab that literally used to be a storage area, with discarded CPU towers. So in our case, all the founder stuff, while good to think about, was a non-issue.”