Too Good To Go: Saving the Planet One Saved Meal at a Time 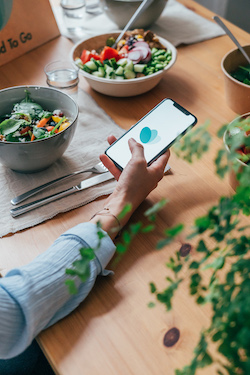 Food waste is a global issue that stretches far beyond its impact on underfed populations: it’s one of the primary drivers behind the climate crisis, representing 10% of all greenhouse gas emissions. Combating food waste reduces methane emissions in particular, while also preventing the waste of the labor and resources required to make the food.

But there’s room for hope, and Too Good To Go is helping make it happen with their B2C app. Too Good To Go is a free app dedicated to reducing food waste worldwide by connecting customers in Europe and North America to restaurants and stores with surplus food, helping consumers save, businesses thrive, and contributing to sustainability efforts.

Founded in Denmark in 2015, Too Good To Go quickly expanded throughout some of the largest cities in Europe before coming to North America in October 2020. According to their official story, food waste had become so normalized that it became an almost accepted part of life.

“We simply could not continue to see 1/3 of food produced thrown away, and decided that something had to be done. Food is simply too good to go to waste, and our journey started with this strong certitude,” Christiansen explains.

Through the app, a potential customer reviews restaurants, bakeries, and other outlets that have surplus food within a certain radius and during a specified time period. If they see something they like, the customer can then pay through the app and pick up their order from the outlet at a deeply discounted rate, making meals extra affordable and saving food that otherwise might end up thrown away.

Helping Too Good To Go achieve its goals

Too Good To Go is working to combat food waste while making food more affordable. But they can’t do it alone. Whenever the mobile app has grown to serve customers across Europe and North America, AWS has been there to help Too Good to Go build and scale.

Since its launch, Too Good To Go has helped close to 50 million users save over 100 million meals through more than 130,000 cafés, restaurants, bakeries, hotels, and more. And while Too Good To Go has shown significant growth since its inception, the objective is still the same. “It’s about saving the last meal,” says Christiansen. “So, the difference is scale.”

Understandably, Too Good To Go’s reach was more modest than its ambitions during its first few years. “I think it was four countries, maybe five countries back then,” says Christiansen. “It was a much smaller team. And there were a lot of independent stores like bakeries, small restaurants, pizzerias. These days, we’re a lot bigger. We work with giant chains. We also work with very big producers of food—Nestlé, for instance. So, it’s just getting bigger, and as with any company that grows, things change. But the primary goal has always stayed the same: we’re still trying to save meals from the bin, basically.”

Safety as a global issue

Achieving their goals has proven complex, especially as different countries—and in the U.S., different states—have different rules about everything from commerce to what qualifies as food waste. The move across the Atlantic was particularly challenging, given that the United States reports higher instances of food insecurity nationally than Europe does. According to the Food and Agriculture Organization of the United Nations, the average rate of food insecurity in North American households was 17.28%, compared to 10.42% in European households.

And given the high rate of food insecurity in the U.S., the impact of food waste is significant—especially when the average American household wastes one-third of its purchased food according to the American Journal of Agricultural Economics. “Americans think about food waste a lot differently than Europeans,” says Christiansen. “We didn’t know food insecurity was such a big problem. And we want to help other food programs, such as food banks so that’s also something we are working on in the U.S.”

Coming to the United States also meant making significant adjustments to how the Too Good To Go app operates. “Of course, there are the technical things,” says Christiansen. “Going to the U.S., opening up multiple data centers…AWS will still work when you have a system that’s not built, and when I started, we had an entirely different system than we have now. We basically have changed everything before that to scale. And from the scaling point of view, we’re growing, so it’s not just one database.”

It was also important for Too Good To Go to keep user data safe across different continents. “The biggest infrastructure change we made was having multiple data centers for having full GDPR compliance and also having people’s data in their own region,” Christiansen says. “And that alone requires a lot more infrastructure to handle miscommunication, because as a consumer in the U.S., you can still go to Europe and buy from a European store—you’re not locked in the U.S. So all that requires a lot more moving parts.”

AWS has helped Too Good To Go grow organically 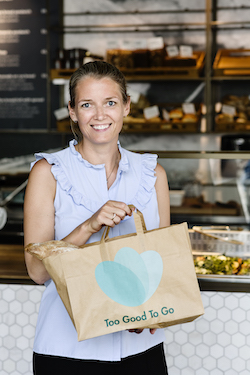 Because Too Good To Go is more of a connecting platform than a storefront, effectively juggling those moving parts is especially important. “Too Good To Go in itself does not sell food,” Christiansen says. “All the food is sold by the store or restaurant, and we simply facilitate it. Because when selling food, both in the U.S. and in Europe, and I guess all over the world, you need local entities, and there are a lot of local rules involved when it comes to food. Unlike Amazon, we don’t sell stuff ourselves on our own marketplace. And that’s a very important distinction. We make the connection between two parties, and we then take care of everything else for our partners and consumers.”

All of which has been built through AWS. Christiansen explained that when Too Good To Go started, they were using classic Amazon Elastic Compute Cloud (Amazon EC2), but as they’ve grown as a company, so have their needs. Often, it’s about flexibility on the fly.

“What changed is that we’re using more and more services because there are a lot more business needs,” Christiansen says. “Data is one of the areas where I can only see it going upward in complexity – then there’s the scale for processing data and figuring out how to work with that data. We’re using the stack at Amazon, and we’re using more services. And we especially like those services that can scale. We have traffic that jumps quite wildly when marketing decides to do big campaigns, and we have 10 times the traffic. So, to the extent we can, we use all these auto scaling services that are finely tuned.”

Oliver Meyer, a data engineer with Too Good To Go, says that the success of their objective is predicated on being able to adapt quickly and seamlessly. “The amount of demand of data coming in is growing pretty fast,” says Meyer. “And the variety of data, the variety of use cases of people accessing it, of ways in which they’re accessing it, everything is growing. And then with that, the infrastructure has to follow.”

Rising to those challenges isn’t just an essential component of what makes Too Good To Go work—it can also be energizing. “I think that applying new services or new features to new problems is something that’s very, very motivating,” says Christiansen. “And sort of this idea of facing a new challenge, and then digging into what we have and what we can add to handle this, it’s very broad, and it’s a bit abstract, but that’s really a process that I enjoy. And AWS is a great provider to work with in terms of that, simply because of the variety of services. So, any time a new problem or a new challenge comes up, it’s always quite fun to dig into what we can throw at it and see what might work.”