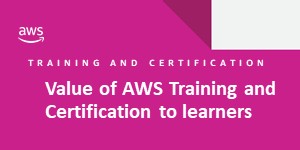 Editor’s Note: AWS Training and Certification recently commissioned a research study from Enterprise Strategy Group (ESG) of 1,000 learners from IT operations, cybersecurity, application development, and lines-of-business (LOBs), like sales, marketing, finance, and product teams. Respondents included employees in midmarket organizations and enterprises, with representation across North America, Europe, and Asia Pacific. The respondents were asked a series of questions related to their personal learning outcomes. This blog details how these learners perceived the value of AWS Training and Certification.

The race to the cloud is accelerating. Research shows that adoption of public cloud infrastructure services over the past five years has nearly doubled. Given the rapid pace of cloud adoption, technical and non-technical employees, such as those in sales, marketing, and finance roles, need to understand the various cloud services available and how and when to use them. Organizations are looking inward for talent to close their IT skills gaps, and at the same time, the Great Reshuffle is inspiring many employees to look for job flexibility and future opportunities.

AWS Training and Certification helps learners look forward by providing a path to expand their digital skills. With the only training designed by experts at AWS, learners of all levels are empowered to build and use AWS services with confidence and leaders are empowered to drive transformation and deliver results in their organizations. AWS Certifications validate expertise, making it easy for others to recognize learners’ achievements.

So, what are the specific benefits of AWS Training and Certification for learners? How are learners using these programs to improve their knowledge of cloud skills and AWS Cloud services, validate their abilities, and advance their careers? To answer these questions, we commissioned a study from Enterprise Strategy Group (ESG), an independent analyst firm, to help us quantify the value of AWS Training and Certification for learners.

We’ll examine the details of these findings, and we invite you to dive into the full report: ESG Research Insights Paper Commissioned by AWS, Training and Certification Help Learners Thrive in an Increasingly Cloud-first World, January 2022.

In fact, over 80% of respondents reported improved job effectiveness and efficiency as a result of their AWS Training and/or AWS Certification. Additionally, more than 75% said they experienced a rise in their influence and credibility among coworkers.

The overall trend that carried through the job functions and roles is that AWS Training and Certification had a high impact on learners’ skills. When respondents were asked to consider both the time and cost, 90% say the ROI of completing AWS Training was positive and 91% said earning an AWS Certification resulted in a positive ROI. 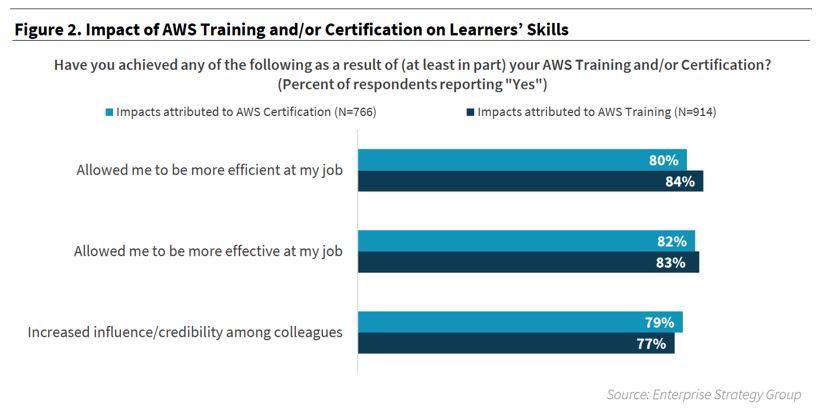 With a positive ROI, it’s not surprising the respondents reported an improvement in their ability to innovate and build in the AWS Cloud. Let’s dive deeper into the reported professional advantages for learners.

For those in IT operations, 85% reported an improvement in efficiency and effectiveness after completing AWS Training and/or earning AWS Certifications. Additionally, 84% saw their ability to accelerate cloud migrations improve. And 81% experienced accelerated troubleshooting speeds.

88% of  cybersecurity personnel reported an improvement in efficiency and productivity after completing AWS Training and/or earning AWS Certifications. Additionally, 84% saw skills improvements in their abilities to remediate security incidents faster and secure cloud workloads. And 81% of respondents gained skills to better ensure governance and regulatory compliance.

For application developers surveyed, 88% reported an improved acceleration of cloud migrations after completing AWS Training and/or earning AWS Certifications. Additionally, 85% of learners were able to identify new areas of cost savings related to application development. And 87% of learners were able to iterate and update cloud workloads more quickly.

89% of LOB respondents reported that AWS Training and/or Certifications helped them drive innovation with cloud services. Additionally, 88% saw an improvement in their ability to better collaborate with technical teams. And 89% of LOB learners said that AWS helped them gain a better understanding of AWS, with 55% seeing a dramatic improvement. 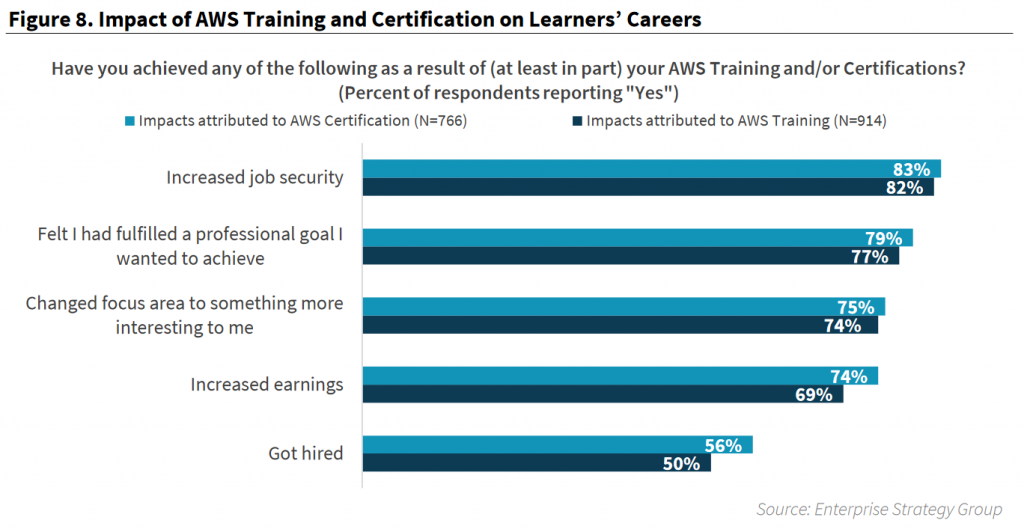 As we dig into the roles, the earning potential of an IT role increases 19% with multiple AWS Certifications earned, developers see a 20% increase, and those in LOB functions earned 32% more. Many factors go into determining an individual’s pay, but it’s not surprising that companies pay a premium for highly skilled employees, considering the value they can provide to the organization. 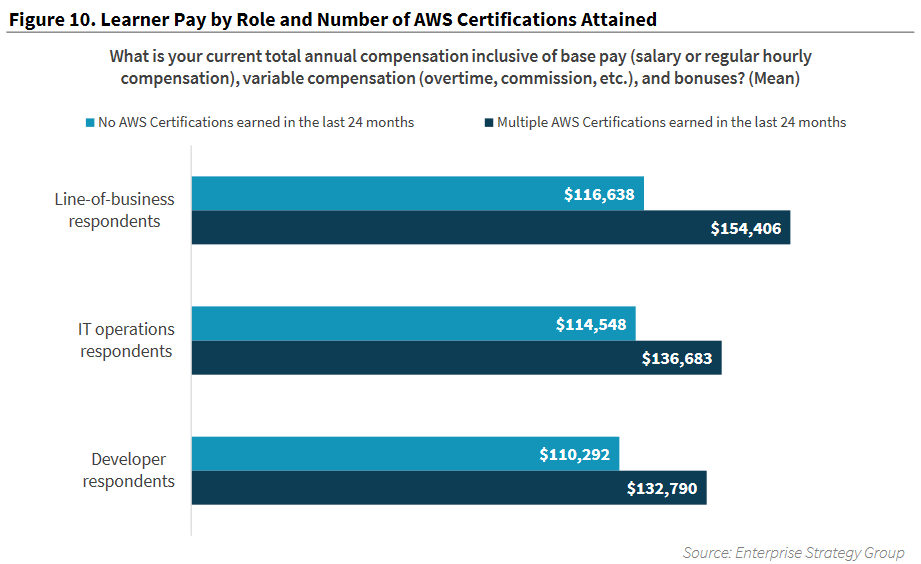 This research shows that AWS Training and AWS Certifications give learners competitive career advantages. Learners utilizing AWS Training and Certification offerings not only reap the benefit of enhanced knowledge and skills to leverage AWS Cloud services but also improved effectiveness and productivity, increased job security, greater influence among coworkers, and higher earnings. In particular, AWS Certifications validate your knowledge and credibility while helping you stay on the cutting edge of the latest AWS Cloud services and solutions.

Whether you’re just starting out or adding another certification, AWS can help. AWS Training and Certification equips learners and organizations across the globe with a cloud computing education to build and validate in-demand cloud computing skills. Learners of various skill levels, roles, and backgrounds can build knowledge and practical skills using an extensive library of live classroom training and more than 500 free online courses, which are part of Amazon’s commitment to help 29 million people around the world grow their tech skills with free cloud computing skills training by 2025. AWS Certification enables learners to validate their cloud computing expertise with an industry-recognized credential. As of August 2021, more than 575,000 individuals hold active AWS Certifications, a number that grew more than 40% between August 2020 and August 2021.